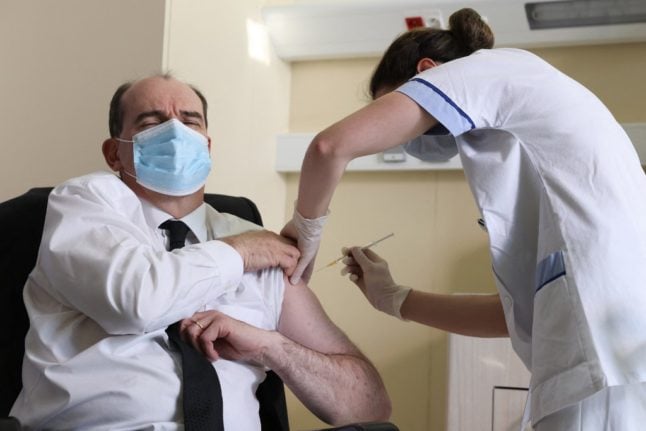 It said its recommendation was based on the fact that the reports of blood clots that had prompted its suspension in France and other European countries had only been seen in those aged under 55.

Prime Minister Jean Castex, himself aged 55, was given the vaccine on Friday to boost confidence in the jab after the European Medicines Agency ruled it was safe to use.

OPINION: European governments were cautious on AstraZeneca vaccines but they were neither stupid nor ‘political’

The Haut autorité de Santé (HAS) is an advisory body, but health minister Olivier Véran tweeted that ‘the green light has been given for the resumption of vaccination with AstraZeneca for people aged 55 and over’ suggesting that the government will follow the HAS advice, as is usually the case.

The AstraZeneca vaccine had previously been used in France only for under 74-year-olds and had been a key part of the rollout via pharmacies and GPs to the 50-74-year-old age group of people with underlying health conditions.

Vaccine appointments had been paused since Tuesday and although they were restarting on Friday afternoon, the HAS recommendation makes it unclear what people aged between 50 and 55 who have an appointment should do.

“Age is the main risk factor that exposes people to develop severe forms of the disease,” said Dominique Le Guludec, president of the HAS, during a press briefing.

“We have alternatives for younger people,” she also said, referring to Pfizer and Moderna’s vaccines, which are already in use in France in vaccine centres. Johnson & Johnson’s product is also expected to be available from mid-April.

Seems bizarre I know but all the serious blood clots/deaths have been among under 50s. And the under 55’s are not due to be jabbed in big numbers for ages in France in any case. Will mostly affect health workers …who have been refusing AZ already.

For people under 55 years of age who have already received a dose of vaccine, the HAS “will very soon take a position on the administration of a second dose”.

AstraZeneca has largely been used in France on healthcare workers, in addition to the GP programme which started in early March.

Castex had the jab live on television in a bid to bolster public confidence in the AstraZeneca injection.

“I did not feel a thing even though I am a little squeamish,” the premier said at a hospital outside Paris.

He is 55 and has no underlying health conditions so had not previously qualified, but he said his goal is to “reassure” the population, while many doctors fear that confidence is waning.

For the moment, a little more than 1.4 million people have received a first dose of AstraZeneca vaccine in France, although it is not known how many of them are under 55.