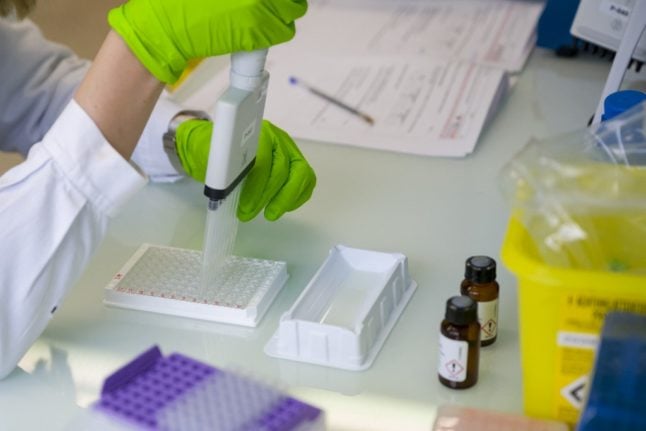 The Breton variant does not show up on a standard PCR test. Photo: Jean-Christope Verhaegen/AFP

French health body Direction générale de la santé has reported the new variant to the World Health Organisation after it was detected through a cluster of cases in Lannion in Brittany.

The patients in Lannion hospital all presented with classic Covid symptoms, but PCR tests proved negative. Genetic screening of the patients’ samples revealed what appears to be a new variant of the virus.

“It was detected in the context of a cluster at the hospital in Lannion, in Côtes-d’Armor. On March 13th, 79 cases were identified, including 8 cases carrying the variant, confirmed by sequencing”, said the DGS in a statement.

The DGS added that the variant did not appear to be more easily spread, or cause more severe symptoms than classic Covid, but “in-depth investigations are underway to better understand this variant and its impact”.

“One possibility is that the virus spreads more quickly between the upper respiratory tract and the lower portions,” Alain Tertre, a regional director of the national Sante Publique France health agency, said at a press conference.

For the time being, it has been classified as a variant under surveillance by the World Health Organisation. They are monitored by the international community but are not considered to be of concern like the UK, South African and Brazilian variants were are more contagious and may produce more severe symptoms.

Brittany has been one of the areas of France reporting the lowest number of cases, but there are concerns that some cases of the new variant Breton might have been missed by standard testing.

“As a precaution, local authorities and the regional health service are stepping up measures to curb the transmission of the virus, for example by speeding up vaccination, reminding people of the importance of barrier gestures or limiting gatherings,” the DGS added its press release.

A detection system for this variant has been set up in the areas of Lannion, Guingamp, Saint-Brieuc and Morlaix and screening sessions are being organised.

Local authorities in the Côtes d’Armor département have toughened up mask rules making masks in outdoor public spaces compulsory across the département (as opposed to just in some towns) and have cancelled brocantes and vide-greniers (vintage markets and yard sales).