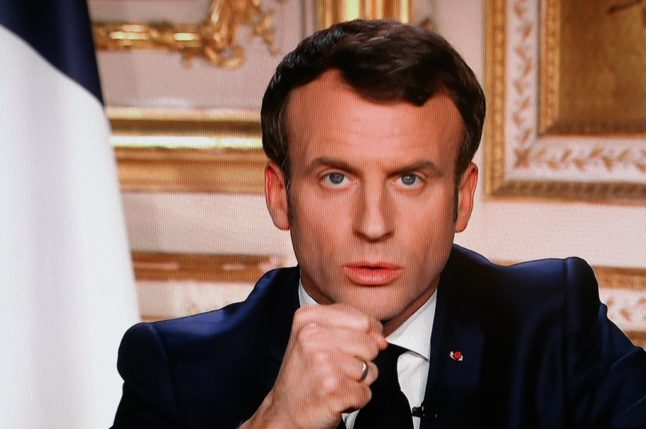 When Macron gave his televised address, plunging the country into lockdown, the death toll in France from Covid was 148. There were 6,633 confirmed cases.

READ ALSO The 22 French words we learned during lockdown

A year later, the toll is 90,762 and rising, by an average of 300 a day. There have been more than 4,000,000 cases. The country has been locked down twice and has lived under varying degrees of curfew for the whole of this calendar year. Weekend lockdowns are in force in the north and the deep south east. A weekend, or complete, lockdown threatens in the Paris area.

But the sacrifice and disruption have been global. How did France fare in comparison to other similar nations? How well did Macron – and France – fight his “war on Covid”?

What did France get wrong? What did it get right? What has the pandemic taught us about the strengths and weaknesses of a country that prides itself on (and pays a fortune for) its public service?

I will split the year into four parts.

Part one: first lockdown, March to May. Score 5/10

France was culpably slow on testing and masks (and the government sometimes less than honest in its statements). The government said (over and over) that it must follow scientific advice. The advice kept changing.

The administration was very thorough and capable in building a state-assisted, furlough economy. The French model was widely copied, notably by Britain.

The lockdown was broadly respected – and effective. Deaths were kept low compared to some countries. The health system took the shock.

We thought it was all over. We know now that it wasn’t. The country relaxed too soon. The government took its eye off the ball. As a result, we had…

The government (still following the scientific advice) imposed a second lock down promptly – but less completely than before. Schools remained open. As a result, France had among the best Covid-figures in Europe for a while in December and January.

For six weeks or more, the French vaccine roll-out was a disgrace. It is now finally taking off. But why did it take so long? Problems with the EU-supply chain are not a full explanation. For many weeks France used only half the doses it received.

In late January, Macron boasted that, on this occasion, he was not following the scientific advice. He was warned that the UK variant of Covid would cause a new explosion of cases by March or April.  Nonetheless, he rejected pressure for a third confinement. Instead, we had 6pm curfews and local weekend lockdowns.

For several weeks, it looked as if Macron had made the right call. Now, with cases and acute cases rising fast, it looks as though he may have blundered. We will know soon.

Overall average for the year: 5/10. Could have done better.

Amongst the big, industrialised countries with which comparison can reasonably be made, France’s record is mid-table. Given the fact that France spends so much of its wealth on state services (54 percent, in a normal year; 62.8 percent last year) that is not a fantastic record.

The standard explanation of France’s poor performance on vaccines, mask and tests is that the country is administratively top heavy and slow to respond to new challenges. And yet the economic support system for individuals and businesses was created overnight and rolled out efficiently. As a result France has, so far, taken a less dramatic economic hit than Britain.

The paraphernalia of attestations, filling out your own licence to go to the shops or to have a stroll, was classically French. And yet somehow, for France, it worked.

Another thing that France has, I believe, got right (some may not agree) is to have kept the schools more or less open after the first lockdown ended in May. This has taken a huge effort, and risk, on the part of France’s sometimes maligned teaching profession. They deserve more praise than they have received.

But then the vaccines…. How could France, the country that invented vaccines, have got it so wrong for so long?

Partly, I think, the government was misled into taking a plodding, methodical approach by the opinion polls late last year showing that only 4 in 10 French people wanted to be vaccinated against a virus causing the worst pandemic in a century.

READ ALSO How worried should France be about its vaccine sceptics?

Maybe his own brush with Covid-19 at Christmas hit him harder than we have been told. Maybe he was frustrated by the fiasco (so far) of France’s own vaccine-development programmes.

He failed – and Prime Minister Jean Castex and health minister Oliver Véran failed – to see the obvious until several weeks too late. The country needed a good news narrative. It needed a sense that an unending story would, someday, end.

A successful vaccine programme would have given the French that narrative. A vaccine tsar or tsarina should have been appointed to force all the competing interests and ideas – doctors, pharmacies, vaccinodromes, national health administration, local councils – to march in the same direction.

The failings of the EU vaccine supply programme made success on an insolent British scale impossible. All the same, far more could have been done. And is now being done

In the last week – before the worries about AstraZeneca –  over 1,600,000 doses were given in France, compared to 5,700,000 doses in the previous ten weeks.  Concerns over the side effects from AZ  – though exaggerated and temporary –  may now slow the programme again.

As the first year of the war on Covid ends, France finds itself in a scary race between an accelerating but still fragile vaccine programme and a pandemic surging menacingly once more in Paris and in parts of the far south and north.

The vax programme has already reduced dramatically deaths among the very elderly. If acute cases and deaths can be held down until vaccines show their effect more widely, Macron may get away with his puzzling double decision in late January: first, to ignore problems with the vaccine rollout and, second, to refuse a third lockdown.

If deaths and cases spiral and a belated third lockdown becomes inevitable – just as Britain is opening up – France (and Macron) will be in trouble. They will have lost the first phase of what may yet be a very long war.