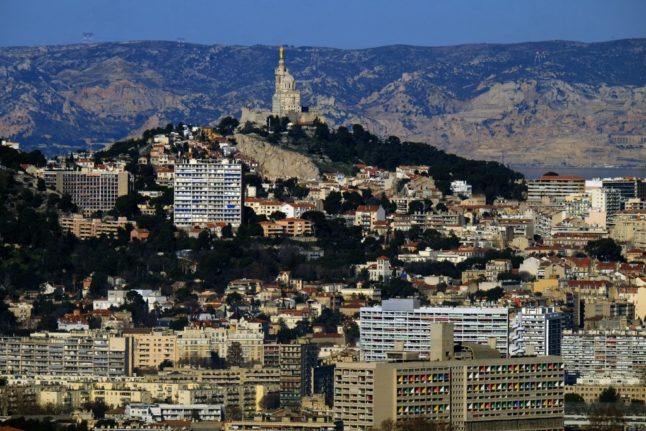 When the doors open at 8.30am, there’s already a queue outside.

In this gritty district of France’s second city, neighbourhoods may have rustic sounding names like “Les Oliviers” (Olive Trees)  or “La Rose” (The Rose), but more than a quarter of residents live below the poverty line.

That means, for a single person, earning less than €1,063 a month, according to France’s national statistics bureau.

Magalie Garcia is one of 85 staff members at the centre who help job seekers fill out applications for unemployment benefits and find work, or give training advice for a career change.

For this, many need help getting online because they lack access to a computer at home or have no digital know-how.

“You can tell that job insecurity is getting worse,” says Garcia. “We are dealing with cases that are really tough.”

Nearly 12,000 people are registered at this job centre in the Chateau-Gombert district of the Mediterranean city where AFP journalists spent several days between November and January.

Half have been registered for more than a year, up from 40 percent before the pandemic, the centre’s manager Sophie Delmas says.

For Edith Ferrari, life has become a day-to-day struggle.

“For 30 years, I have been working on short-term contracts, as a dishwasher or cleaning lady,” the 52-year-old says.

“Often I don’t sleep at night, I wonder what will happen the next day.

“My hope in 2021 is to have a work contract but with Covid…,” she adds, her voice trailing off.

Her adviser Amel Boubehira suggests a training scheme, but then realises that Ferrari has no money left at all.

Debts and charges are piling up and the priority now is to get her some emergency cash assistance.

The equivalent to 255 million full-time jobs were lost in 2020, the International Labour Organisation says. In France, six million people were officially unemployed last year, a 7.5-percent increase over the previous year.

“The urgency is palpable,” Boubehira tells AFP, echoing mounting concerns among trade unions and associations over the number of people falling into poverty.

According to official figures, applications for welfare benefits in France increased by nine percent last year.

For 52-year-old Baya Dahdah, who has just explained to Boubehira that she cannot scrape by on €400 of income support any more, things are about to improve.

“Not all the advisers are human – but you, I love!” she enthuses in the distinctive Marseille accent.

“Madame Dahdah, with Covid, we can’t,” replies the adviser, who has just made progress towards getting the woman into a back-to-work scheme that pays €900 a month.

Boubehira, 40, has herself worked on short-term contracts at times during her career and tries to take into account each person’s individual circumstances.

“The people we deal with often face various obstacles in their quest for employment, including being underqualified, issues with childcare, debt, and problems with the law,” she says.

“We have to deal with some of these issues before we can go forward.”

Some face the shock of having lost well-paying, previously secure jobs in badly battered sectors like tourism, catering or aeronautics.

“With the health crisis, even these sectors have been hit and people who up till now felt protected in their jobs are experiencing this like a tsunami,” says Catherine Tchifteyan, a psychologist at the employment office.

“Some of them are stunned and others become hyperactive,” she adds.

“Their trauma is especially linked to fear but it can also manifest itself through other behaviour, including addiction and bulimia… which affects their health.”

Unemployment among young people has also increased significantly throughout France, with hiring among under-26 year-olds falling 14 percent last year.

With a warm voice and a determined look, Celine Mastinu helps 70 young people as part of the government’s recovery plan.

She sees many with high hopes when they apply end up being rejected by companies facing an uphill battle to stay afloat.

Rayane Seghier, a receptionist at the port of Marseille, has been out of a job since maritime passenger links between the French city and Algeria were suspended because of the health crisis.

Although Seghier, who is in his 20s, wants to stay in the same line of work, Mastinu warns he may need to adapt.

Too focused on diplomas

“In France, there is too much focus on diplomas and having a perfect CV,” laments Mastinu. “There are young people who have no diplomas but have much to offer.”

Carole Raux, a placement officer who works with companies looking for workers, says she struggles to convince employers to consider some of the applicants she recommends.

“We send them people who may not have the required diplomas but who are qualified for the job,” Raux says.

At 26, Mehdi Mosbah has paid for himself to do a computer training course after taking odd jobs.

He is now on a sponsorship scheme in which Stephanie Ragu, head of a major digital consulting firm, guides him in his job hunt.

“I am putting my experience and my network at the disposal of these young people,” Ragu says.