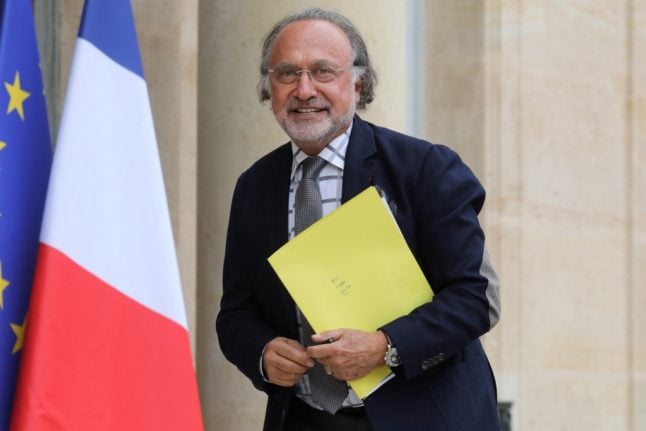 Dassault, 69 and a father-of-three, died around 6pm when his helicopter crashed near the upmarket coastal resort of Deauville in northwest France, parliamentary and investigation sources told AFP.

Macron called his death “a great loss” and sent his condolences to the Dassault family, one of the most influential in France with interests spanning aeronautics, defence, auctioneering, wine and the media.

The Dassault Aviation group has been a leading French plane manufacturer for the last 70 years and is behind the Falcon private jet, the Mirage warplane, and most recently the state-of-the art Rafale fighter.

Forbes magazine estimated that Olivier Dassault was the 361st most wealthy person on the planet in 2020, with a fortune estimated at around €5 billion – around the same as his three siblings.

France’s national air crash investigation agency, the BEA, said in a tweet that the crash had occurred shortly after take-off from “private grounds”.

The weather in Deauville was sunny with low wind on Sunday.

Sources close to the inquiry indicated that the pilot of the helicopter was also killed and that no-one else was on board.

An involuntary manslaughter investigation was opened by prosecutors.

The civil aviation Bureau of Investigations and Analysis said in a tweet that the helicopter, an Aerospatiale AS350 Ecureuil (Squirrel), had crashed “on take-off”.

A search area around the crash site was sealed off and the air transport place put in charge of the enquiry.

Richard Ferrand, president of the National Assembly, the lower house of parliament in which Dassault served as a representative for the Oise area of northern France, said he was thinking of Dassault’s family and friends “who must feel terrible pain”.

Olivier was the grandson of Marcel Bloch, a famed aeronautical engineer who changed his name to “Dassault” which means “on the attack” in French.

After helping to develop an innovative propeller used on French aircraft in World War I, Marcel was imprisoned during World War II and deported to a Nazi concentration camp after refusing to collaborate with Germany’s aviation industry.

Control of Dassault Aviation passed to Olivier’s father Serge, but he had not named an heir to succeed him when he died in 2018 after suffering heart failure at his Paris office.

Olivier once declared himself “the most qualified” of Serge’s four children, earning a stern public rebuke from his father.

He appeared to be on track to take the reins but shortly before his father’s death he resigned as chairman of the group’s supervisory board because he said the role was incompatible with his parliamentary duties.

Many of Dassault’s colleagues on the political right paid tribute to a man who was also a passionate photographer, a pilot, and a composer of music.

As well as a majority stake in the family’s aviation group, the Dassaults own their own  vineyard in Bordeaux and the influential right-wing newspaper Le Figaro.