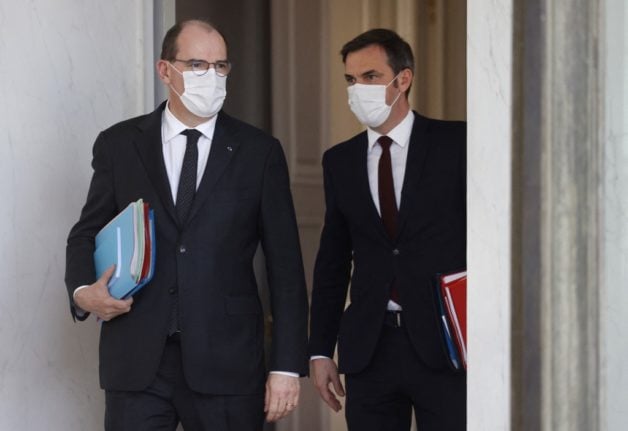 Castex, revealing that 61 percent of all cases in France are now the UK variant, said: “The virus has continued to spread, but not as quickly as we feared.

“I am obviously not satisfied because it is still increasing, but it’s clear that we’re not – at least not at this stage – confronted with an exponential increase . . . as some models predicted and as we experienced during the first two waves (of the virus),” he said.

The northern French département of Pas-de-Calais will join Nice, Dunkirk and 62 towns and communes on the French Riviera in being subject to a weekend lockdown.

However the other 19 départements placed on ‘alert’ last week will not face a lockdown, although three other départements were added to the list of places causing concern.

In Pas-de-Calais, in addition to the weekend lockdown beginning from 8am on Saturday, March 6th, shops larger than 5,000 square metres will also close, with the exception of food shops and pharmacies.

The situation in the other alert départements “does not justify these steps” said Castex, but they will face other measures.

Castex also had two requests for people living in those 23 départements, although these are not legally enforced rules. He asked for people to limit their social contacts as far as possible and avoid travelling to a different département or region.

“We must make efforts to reduce our social contacts,” Castex said, stressing that particular attention should be given to the ‘rule of six’ the advisory (not compulsory) limit on adults in gatherings in private homes.

“We know this is when the virus is transmitted,” Castex said. “The images that we saw last weekend in the big cities, including in Paris, are simply not reasonable.”

The 23 départements will also receive extra doses of the vaccine to speed their vaccination programmes.

Health Minister Olivier Véran announced that from March 15th, pharmacies will start to administer the vaccine – this rollout will be of AstraZeneca vaccines to people aged between 50 and 74 with an underlying health conditions, the same group that can currently access the vaccine via their GP.

The graphic below shows how the incidence rate – the number of new cases per 100,000 inhabitants – has dropped among over 80s since the end of January, a trend the prime minister said could be attributed to the vaccination of this age group. He has also asked vaccine centres to step up their weekend opening, in an attempt to stop the huge drop of vaccination numbers still seen at the weekend, where frequently just 10,000 injections are given in the whole country, against an average of 120,000 per day on week days.

Castex added: “The deliveries of doses to France will increase in the coming weeks. Between January and February, we received 7 million doses, of all vaccines combined.

“In March, we should receive 22 million – or three times as many.

“By mid-April, we should have already vaccinated at least 10 million people.”

On a national level, Covid case numbers in France have only risen slightly, from a daily average of 20,000 cases to 21,000 cases, but that figure hides big differences between regions.

While some areas like Brittany are seeing low numbers of cases, in the 20 risk départements numbers are very high, with the incidence rate in Dunkirk reaching 900 cases per 100,000 people, more than four times the national incidence rate of 221.