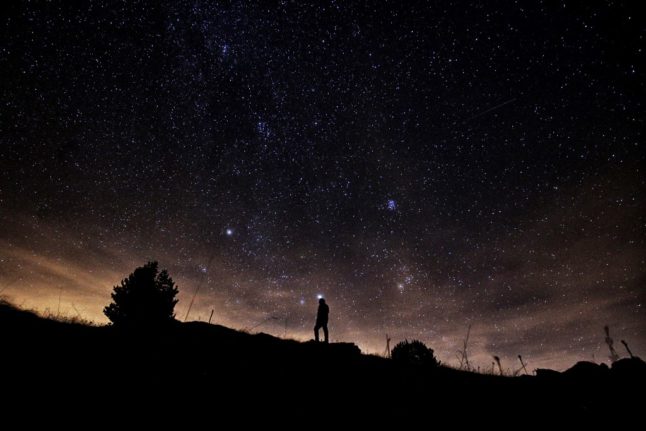 The rock, estimated to weigh 150 grammes was captured plunging through the atmosphere by cameras at an astronomy education facility in Mauraux falling at exactly 10:43 pm Saturday near Aiguillon, about 100 kilometres from Bordeaux.

The site is part of the Vigie-Ciel (Sky Watch) project of around 100 cameras in the Fireball Recovery and InterPlanetary Observation Network (FRIPON), which aims to detect and collect the 10 or so meteorites that fall on France each year.

“Meteorites are relics of the solar system’s creation, with the benefit of never being exposed to the elements,” said Mickael Wilmart of the A Ciel Ouvert (Open Sky) astronomy education association that operates the Mauraux observatory.

“A fresh meteorite like this, which fell just a few days ago, hasn’t been altered by the Earth’s environment and therefore contains very precious information for scientists,” he said.

The search is already underway but calls for help have been issued on social media, and posters have been put up in areas where the rock is most likely to have fallen.

But Wilmart acknowledged that the chances of success are slim.

“It’s a bit like searching for a needle in a haystack,” he said.

“We’re really counting on people to look in their gardens, or along the side of the road, they might just stumble on this rock that’s wanted to badly,” he said.