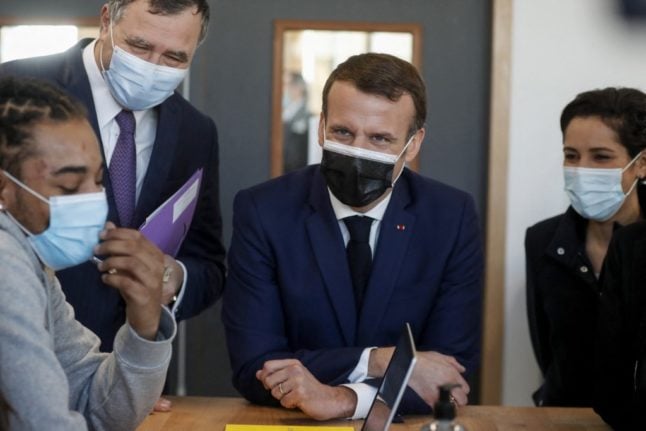 As the president visited a training centres in Stains, in the Seine-Saint-Denis département on the outskirts of Paris, a student asked if it would be possible to push back the curfew until 7pm “because it is hard”.

The President responded: “We will have to hold on for another few weeks”, saying the current model could last four to six weeks more.

An 8pm curfew began in France on December 15th and it was brought forward to 6pm across the whole country on January 16th. There is currently no end-date for the measure.

Asked about the timeframe for relaxing the restriction by Le Parisien, the Elysée said: “It’s a moment where the vaccination will be developing. In four to six weeks, we will have vaccinated more French people, which will affect the evolution of the epidemic.

They added: “The strategy is not changing. We are continuing to take the necessary measures, as always on a case-by-case basis.”

The government gives weekly assessments every Thursday, but recent press conferences have focused more on imposing extra rules rather than loosening the ones already in place.

Last Thursday, 20 départements were placed on ‘alert’ for extra measures and discussions are ongoing between local and national authorities on the shape of these new measures, with a 3-week lockdown or weekend lockdowns among the ideas floated.

In the same press conference, Prime Minister Jean Castex said that almost all over 50s will have been offered a first dose of the vaccine by mid-May.

By the end of March, Castex said, “two thirds of people over 75 will have been vaccinated.”