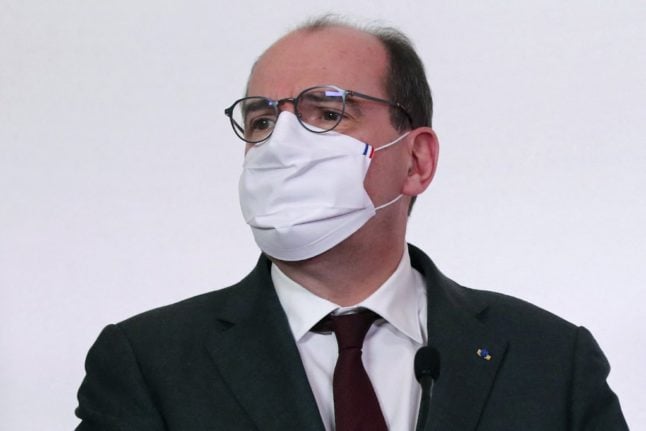 France has already placed Nice, parts of the French Riviera and Dunkirk under weekend lockdown, and on Thursday Prime Minister Jean Castex announced that in total 20 départements were in a “worrying” situation, including the whole of the greater Paris Île-de-France region.

Consultations will begin with local authorities in each of the affected départements with a view towards putting in place extra measures to control the spread of the virus from March 6th.

IN DETAIL The 20 ‘alert’ départements and their latest health stats

Castex said he expected the measures would be “close” to those imposed on Nice, the Riviera and Dunkirk, which will be under lockdown from 6pm on Friday to 6am on Monday for at least the next two weeks.

He said: “The health situation in our country has worsened over recent days. Yesterday we reported over 30,000 positive cases, a figure we haven’t recorded since last November.

“After several months  marked by a plateau of between 15, 000 and 20,000 cases each day the virus has gained ground over the last week.”

“The virus is progressing in France as it is almost everywhere in Europe. In all these countries the clearest explanation is due to the apparition of the new variants.”

However he said that the government did not judge that a national lockdown was necessary at present, as the country has been seeing a wide regional variation with causes falling in some areas.

He said local restrictions would be the best balance between controlling the virus and maintaining France’s economy, education and mode de vie (way of life).

Castex said: “Weekend lockdown is an intermediary measure that we hope will allow us to flatten the curve of infections. It’s a targeted measure in certain areas where the epidemic is spreading quickly.

“This seems to me to be the right strategy without affecting those areas where the epidemic is decreasing or circulating less rapidly.”

France has also now reached the point where 50 percent of all reported positive cases are new variants of the virus.

Castex said: “The most widely spread in our country is by the English variant that now affects over half of those infected by Covid-19 in France.”

There was also an update on the next stage of the vaccine programme – the 65-74-year-old age group.