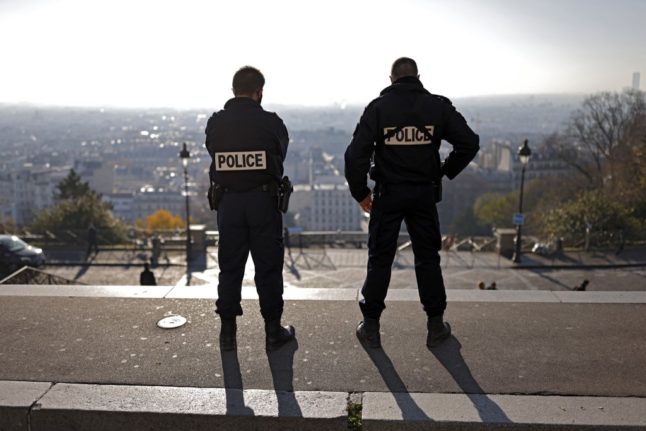 However the overall picture hides an increasingly large regional variation, with ‘hotspots’ such as Nice and the northern town of Dunkerque showing an incidence rate of 700 and 900 cases per 100,000 respectively, far higher than the national average of 191.

So what’s the strategy to deal with this?

The government at the end of January ruled out, for the moment, a third national lockdown, but is now looking increasingly towards extra local restrictions in places that are badly affected.

On Monday a package of extra restrictions was announced for the Alpes-Maritime département including the closure of large shops and – for Nice and 62 other Riviera towns and suburbs – a weekend lockdown.

On Wednesday health minister Olivier Véran is travelling to Dunkerque to discuss possible extra restrictions with local authorities there. Véran last week travelled to the eastern département of Moselle, which had seen a high number of cases of the South African and Brazilian variants of the virus, but there no extra restrictions were imposed, just an increase in the vaccine programme.

Various government ministers have also spoken of a new regionalised approach, with president Emmanuel Macron reported as saying “given the situation it is better to regionalise”.

Where else could face restrictions?

Other than Nice and Dunkerque there are several other areas that are giving cause for concern, including the Paris area where cases have risen recently.

Moselle – the département remains a concern with an overall incidence rate of 315 cases per 100,000 inhabitants. Despite the decision last week not to impose new restrictions, the situation is still being closely watched by both local and national health authorities.

Pas-de-Calais – the département that contains Dunkerque is also giving cause for concern, with an overall incidence rate of 340, while its neighbouring département of Nord is showing a particularly high rate of the UK variant of the virus.

Bouches-du-Rhône – the département that contains the city of Marseille has a high incidence rate of 331. There has been strong local resistance to certain health measures in Marseille – including the early imposition of the curfew – so this could be a challenge for the national government to negotiate.

Var – the neighbouring département of Var, sandwiched between Marseille and Nice, is also showing a high incidence rate of 306.

Paris – the greater Paris Île-de-France region is currently sitting just under the 300 per 100,000 people rate, but cases have increased sharply in the area over the last week. The area is currently nearing the end of a  two-week February school holiday and there is concern over whether the return of the many Parisians who have travelled for the holiday will increase rates still further.

Around 10 of France’s 101 départements were now in a “very worrying situation”, French government spokesman Gabriel Attal said on Wednesday.

He did not name the départements, but the the following 13 areas have infection rates of the 250/100,000 official level of alert; Alpes Maritimes, Bouches-du-Rhône, Moselle, Nord, Oise, Pas-de-Calais, Paris, Seine-et-Marne, Somme, Var, Essonne, Seine-Saint-Denis and Val-de-Marne.

This is of course the crucial question. Over the summer and early autumn France tried a series of regional measures, including dividing the country into ‘red’ and ‘green’ zones with different restrictions. However none of these measures really worked and by the end of October the government was forced to impose a second national lockdown, which lasted until December 15th.

Epidemiologist Catherine Hill wrote in l’Obs: “It’s a mistake to regionalise the restriction measures. Moreover, this has been the case since the beginning of the epidemic.

“First we were asked to be more careful in the red zones, then we introduced curfews in some departments, then everywhere in France. I don’t see why it would be different now.”

But Didier Guillmont, an epidemiologist based at the Pasteur Institute, seemed more hopeful, writing in Le Figaro: “Local lockdown is a track to be explored in view of the situation in which we find ourselves.

“This would make it possible to make economic and social activity compatible with the control of an epidemic whose end may not be seen for a long time.”

Despite not being under a national lockdown, France still has a lot of restrictions in place on a national level, including the 6pm to 6am curfew and the closure of all bars, restaurants, cafés, museums, cinemas, theatres, gyms and tourist sites.

All this means that there are not many extra measures that can be taken on a national level that fall short of a third lockdown.