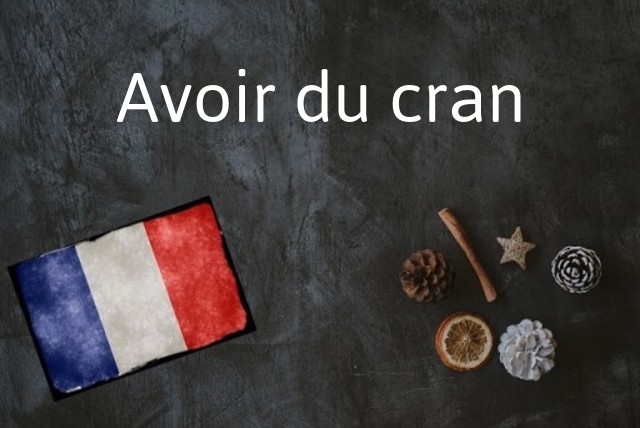 Why do I need to know avoir du cran?

Every language has at least one term that has the raw nerve to reference courage. This is one in French

Simply put it means to have guts or be brave.

A cran is actually a notch, for example in a belt, that allows for something to be adjusted. Here, the word however is to be taken in its figurative sense of “assurance”, or “self-confidence”.

Avoir du cran therefore means “to dare”, or “to have courage”.

L’étudiant a eu le cran de contredire son professeur – The student had the nerve to contradict his teacher.

En 1995, fallait avoir du cran pour fréquenter en public quelqu’un d’une autre appartenance ethnique – In 1995, you had to have guts to hang out in public with someone from a different ethnicity.