People sit in front of the sea on the "Promenade des anglais" on a sunny day on the French riviera city of Nice, on February 21, 2021. AFP

Following consultations between local and national government, on Monday the prefect of the Alpes-Maritimes département announced extra restrictions to try and contain cases of the virus, which are currently three times higher than the national average.

Prefect Bernard Gonzalez announced a series of measures in a press conference on Monday including a weekend lockdown for Nice and its surrounding urban coastal area.

He said: “All these areas have a high incidence rate compared to the national average. The epidemic situation has deteriorated considerably. 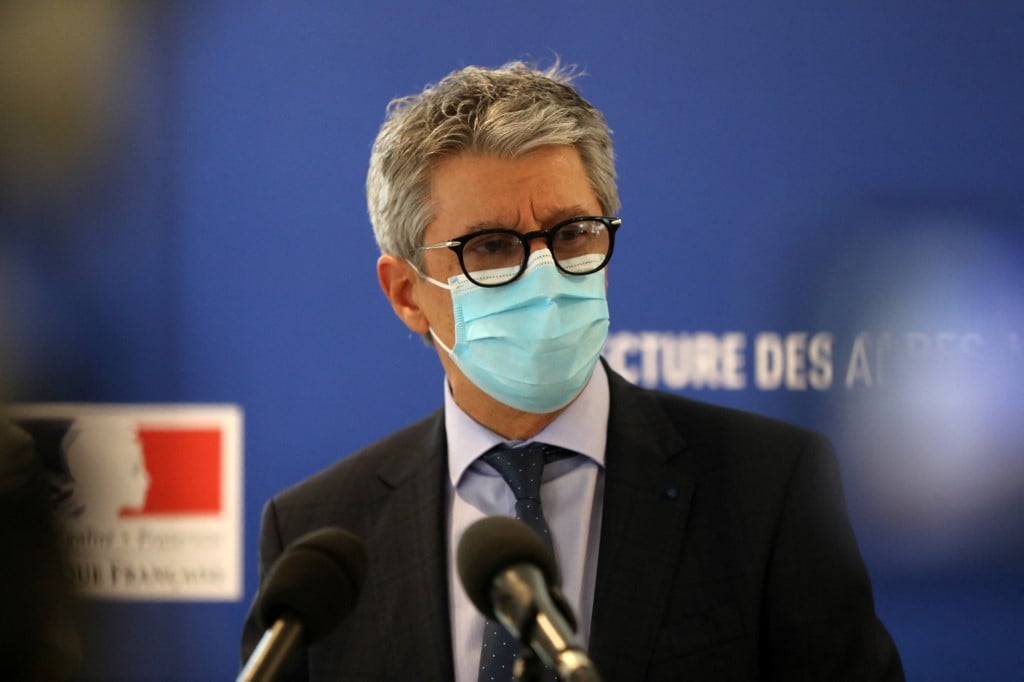 “If nothing is done, infections will continue to increase.”

The city of Nice has reported an incidence rate of 700 cases per 100,000 inhabitants, more than three times the national average.

The Alpes-Maritimes département will from Tuesday be closing all shops of more than 5,000 square metres – apart from food shops and pharmacies.

Border controls along the Italian border will be stepped up and face masks will be obligatory throughout the whole of the Alpes-Maritimes département in all busy areas. Social distancing rules in public places will be reinforced and thousands of extra vaccine doses will be delivered to the area.

The weekend lockdown concerns only the urban area from Menton on the Italian border along the Riviera coast to Théoule-sur-Mer (marked with a red point in the map below) – including Nice, Cannes, Antibes, Grasse and Cagnes-sur-Mer and will be in force for the next two weekends initially.

The prefect also warned that a week-long lockdown has not been ruled out if the situation did not improve. 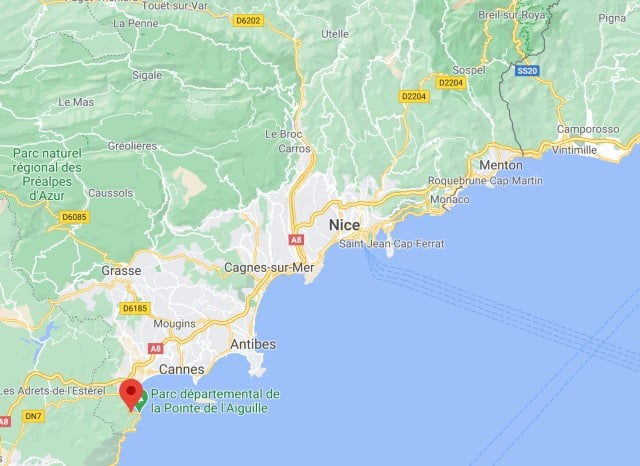 From Friday at 6pm to Monday at 6am, people living in this area will be subject to the same rules as during France’s two lockdowns – all trips out of the home are banned apart from a specified list of essential reasons which includes food shopping, medical trips and walking the dog.

Trips out for exercise will be allowed but must be limited to one hour per day and people must stay within 5km of their homes – a slight relaxation of the previous 1km rule.

All trips out of the home will need an attestation permission form stating the reason for being out.

The nationwide 6pm curfew will remain in place during the week.

Mayor of Nice Christian Estrosi, who has been calling for extra checks, declared himself ‘satisfied’ with the new rules.

An extra 4,000 doses of the Pfizer BioNTech vaccine have been delivered to the département and a ‘massive’ vaccination of people aged between 50 and 64 with underlying health conditions, using the AstraZeneca vaccine, will also begin this week, added Gonzalez.

The Alpes-Maritimes coastal area is so far the only part of France to be subject to additional local measures, something that could become widespread in other hotspot areas.

READ ALSO Local lockdowns – what is happening in Nice and could other areas of France follow suit?