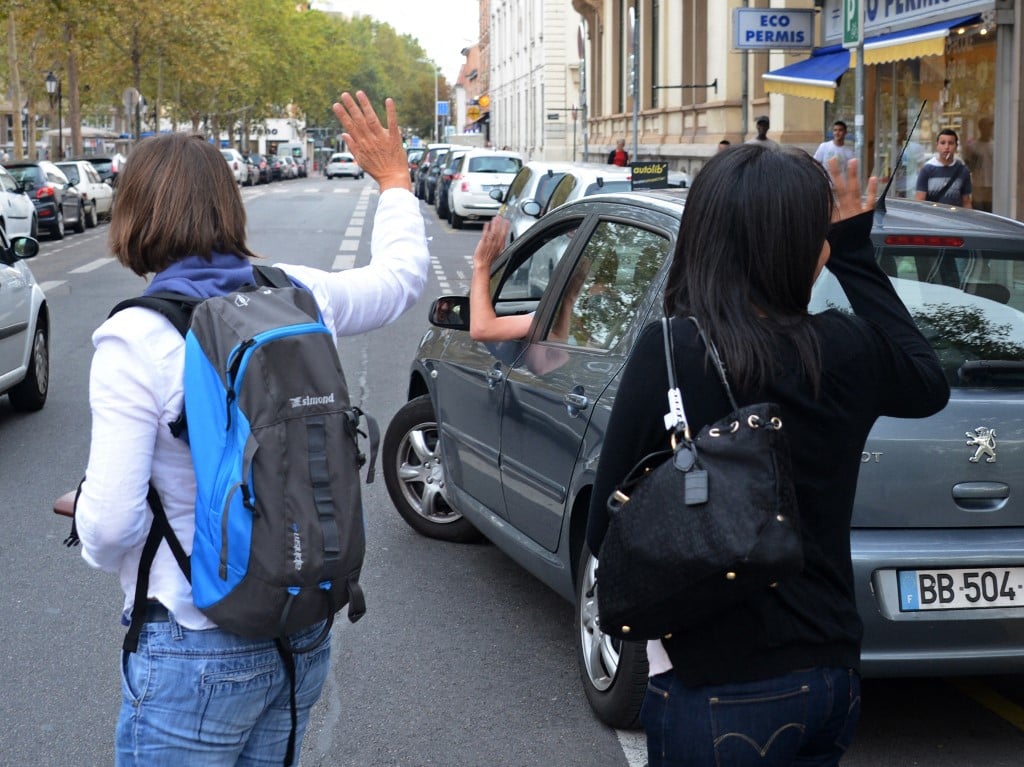 What is the best way to tell someone to have a nice day in French? Photo: AFP

Literally translated as “good day”, bonne journée is similar to the English “have a nice day”, and has long been an important part of French everyday-etiquette.

People wish each other bonne journée after paying in the shop, before signing off an email or hanging up a phone call. It's an automatic language tic equal to merci (thank you).

It's one of many bon phrases that form the basis of good manners in French, from wishing colleagues bonne après-midi or bon weekend to the more specific bon voyage, bon match or bonne dégustation when someone is about to travel, go to a match or eat.

So widespread is this habit that we even heard a few people wishing each other bon confinement during lockdown, albeit with a bit of irony.

But in recent years, bonne journée has been challenged by a new arrival, belle journée, which literally translates as “beautiful day”.
Belle journée, which might be the French equivalent to “have a lovely day”, quickly gained popularity and today there are plenty of people who will tell you that it's an integrated alternative to bonne journée.
But as more people began replacing bonne journée with belle journée, a counter-movement grew, made up by indignant bonne journée-purists, who demanded that the trend stop, immediately.
Why is 'belle journée' making people so angry?
Just like the sacred bonjour, bonne journée is a way of showing  the other person, stranger or friend, that you care about their day. You want it to be good, so the opposite to bad. It's simple: c'est sympa. It's nice (of you).
EXPLAINED: Why bonjour is the most sacred word to French people
Generally, the belle journée-haters are of the opinion that the term is silly, because wishing someone a “beautiful day” is meaningless.
“Is it about putting flowers in your hair, kissing passers-by in the street, being moved by a strand of grass growing on the pavement?” asked an article in Marianne, a French left-wing magazine, which qualified belle journée as “parfaitement gnangnan” (perfectly namby-pamby).
Another common criticism is that belle journée is pure aesthetic fluff – and so are those using it.
“I feel like I've been teleported to the country of Care Bears,” said Linda Guigère, a journalist at French TV5 Monde, during a sketch dedicated to ridiculing belle journée – as well as belle année (instead of bonne année or Happy New Year).

The right wing newspaper Le Figaro dryly noted that belle journée, “like any fashionable term, expresses a degree of snobbishness.”
This is a common accusation: belle journée is for snobs, for the Parisian elite who drink caffe lattes and type away on their sleek MacBooks.
Some go further and claim belle journée is just another symptom of the disease that is the Americanisation of French society.
It is what happens when “when financial capitalism insidiously forces us to express ourselves in Anglo-American, in the language of Wall Street, in Globish,” wrote a retired professor in an article titled “Belle journée !” published by the website Mediapart.
Who says 'belle journée'?
But in spite of this spluttering rage, there are still plenty of people in France who say it, or use it in emails.
Anecdotal evidence indicates that there are more belle journée-ers in cities than in rural areas.
It also seems like it's the email sign-off that is the most controversial of all, the argument being that asking someone to do “this and that”, before signing belle journée, makes it clear that the person doesn't want you to have a beautiful day at all (note a not-so-passive aggressive LinkedIn article titled “Don't tell me 'belle journée' ever again”).
So why do people say 'belle journée'?
Belle journée is replacing bonne journée largely because the latter is so common that it feels more like a “see you” or “bye” than a “have a nice day”.
“The intention to wish people a good day through bonne journée is disappearing,” a lexicographer told Canal+ in a humouristic sketch dedicated to explain the phenomenon belle journée.
“Belle journée makes the other feel like our words were carefully chosen just for them,” she said.
(The video below is the Canal+-sketch investigating the concept of belle journée. It's quite funny and we recommend it for those with the time for a giggle.)
And if you are a fan of heated debates over language, check out the pain au chocolat v choclatine row that has been simmering in France for some years.