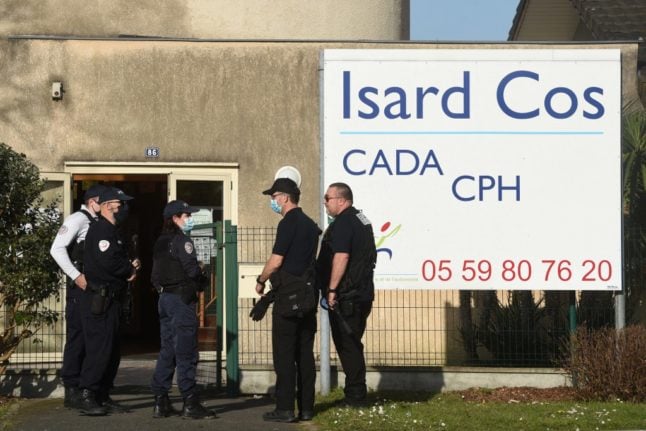 The attack was not thought to be linked to terrorism, according to French news reports. Photo: AFP

The stabbing happened at about 11am local time and the suspect has been arrested.

According to Le Monde the presumed attacker was a 38-year-old Sudanese man who arrived in France in 2015.

In a press conference on Saturday, the public prosecutor said that the suspect had “confessed to the crime and agreed to explain what had happened.”

He will be brought before an investigating judge on Sunday for indictment and will remain in custody.

Interior Minister Gérald Darmanin travelled to the city on Friday, where he offered his condolences to the victim's family and loved ones.

The attack was not thought to be linked to terrorism, according to French news reports.

The mayor of Pau, François Bayrou, said the suspect's asylum status had recently been rejected. He also confirmed that he had already spent time in prison.

On Friday, Bayrou said: “I understand that this association takes care of more than 150 asylum seekers, refugees at particularly difficult moments in their lives.”

“It's a double shock for the workers because they have lost their close colleague and friend, but also because their job is to take care of those who seek refuge and asylum,” he told French news channel CNews.