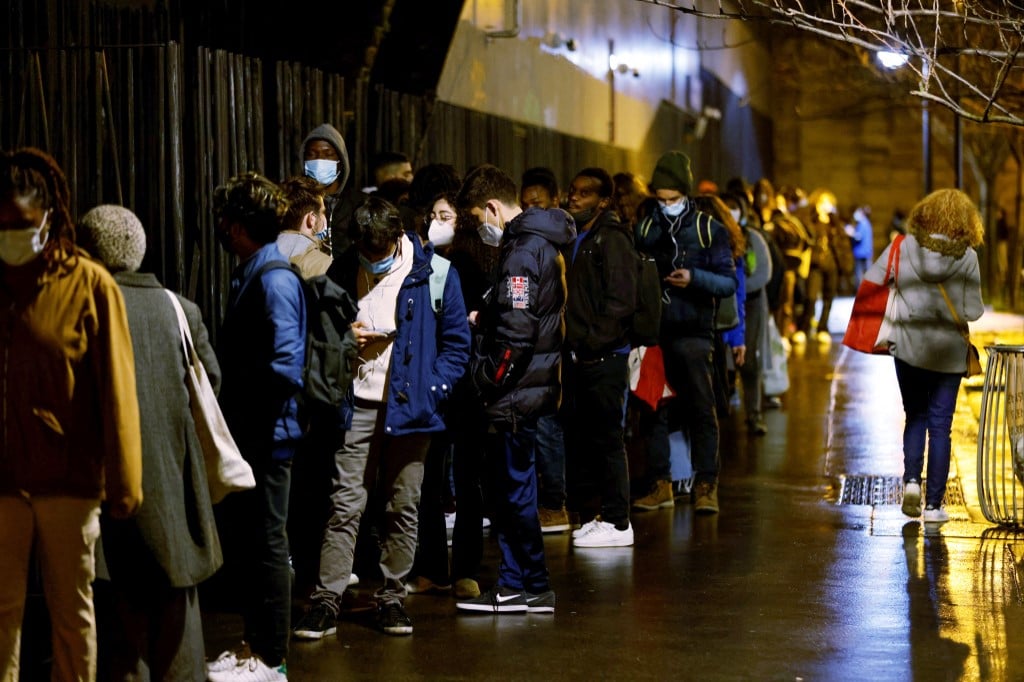 Poverty among young people in France is also on the rise. Here students queue to collect food boxes, fruit and some sanitary items from a help association in Paris on January 28th. Photo: AFP

Like towns all over the world, residents of Grigny, about 30 kilometres south of the French capital, are struggling after losing jobs in the pandemic.

But this downtrodden town, with its sprawling high-rise, low-cost housing estates, was already known as the poorest in mainland France.

Nearly half its 30,000 residents, many of them immigrants, live below the poverty line, surviving on less than €900 a month, according to the Observatoire des Inégalites, a non-governmental body that studies inequality in France.

Grigny mayor Philippe Rio said he fears the percentage has only increased further since the virus outbreak, given the number of people signing up for state aid.

One of them is Benjamina Rajoharison.

Despite being aged 77, he used to do manual work which he said paid well.

But he has been out of a job for nearly a year and now he and his wife scrape by on welfare payments.

Once the monthly rent of €580 is paid, the couple is left with €300 to make ends meet until the end of the month.

“That's nothing at all,” Rajoharison told AFP.

He hopes to find odd jobs to survive once all the Covid-19 related restrictions are lifted, he said.

The couple lives on the 10th floor of a tower block in Grigny 2, one of Europe's biggest housing complexes and also one of the most run-down in France.

Piles of rubbish are strewn at the entrance of some of the buildings whose doors are shattered.

But Rajoharison's little studio flat is neat and tidy, and decorated with pictures of flowers.

Rio, the mayor from France's Communist party, says that the pandemic has exacerbated poverty, especially in the housing estate, which he says has become a “ticking time bomb.”

“Between last March and December, the number of unpaid charges, including for water and heating, has practically doubled,” he told AFP. 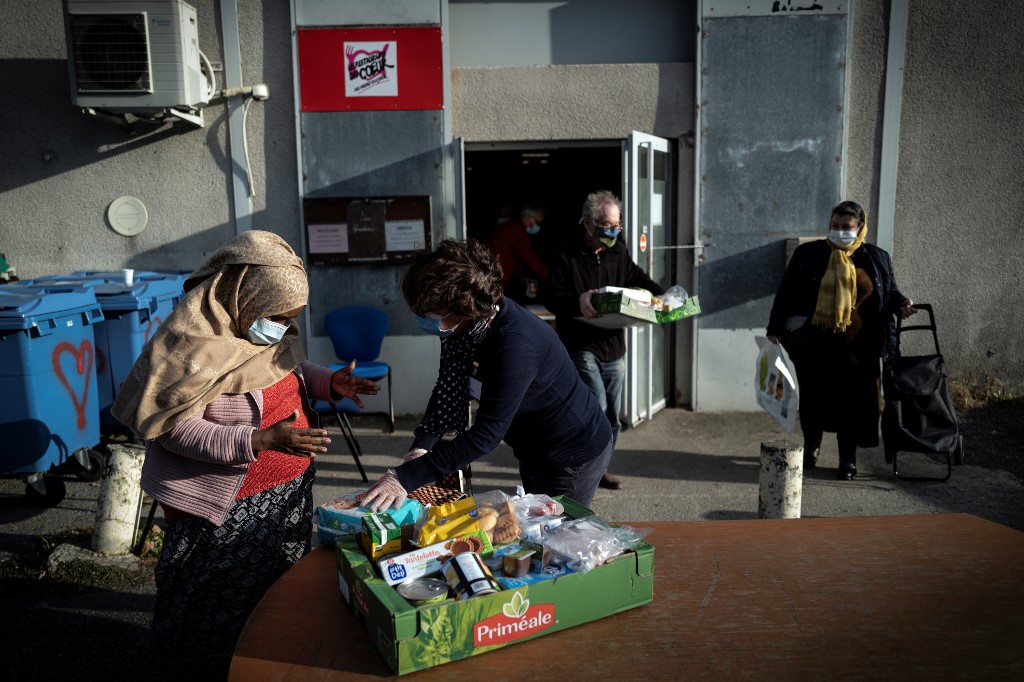 The charity Restos du Coeur has been active across the country throughout the pandemic, here distributing food to people in need in Toulouse, southwest of France.Photo: AFP

On a recent day, a few streets from the tower block, some 40 people waited in line for free meals and other goods distributed by the Restos du Coeur charity, which hands out food packages and hot meals to those in need.

The association has seen a significant jump in the number of people seeking assistance because of what Rio describes as the “social tsunami” brought upon by the pandemic.

Among those in the queue is Danielle, a 21-year-old from Ivory Coast in need of nappies and milk for her baby daughter.

“Before coronavirus, my partner and I worked a bit but since the first wave of the pandemic, we haven't been able to find jobs,” said Danielle, who is undocumented and previously earned money cleaning houses.

Naima, 37, who is French-Moroccan and used to work under temporary employment contracts, says she has seen her living standards dip even further.

“Everything has stopped because of Covid,” she lamented. “It has impacted my personal life and I feel depressed.

“Thankfully, we have income support” which guarantees a minimum income to those in need.

Zineb, a Moroccan in her 30s who is also undocumented, dreads losing the social interaction she currently enjoys at the Resto du Coeur, once winter is over.

“When I set foot in the Resto du Coeur, I forget my troubles and I feel strong and happy,” said the mother, who lives with her two children in a tiny, stuffy hotel room with bunk beds, a sofa bed, a small desk and kitchen utensils and plates stored in the shower.

Many people are reliant on food assistance for survival, even though the key challenge now is getting back to work and finding jobs, Rio said.

“One year after the quake caused by the first lockdown, we now  now that the crisis will be long-lasting,” he said.

Rio was among several mayors who wrote to President Emmanuel Macron last year pleading for assistance for his town.

Since then, the government has pledged to allocate one percent of its recovery plan to suburbs like Grigny. 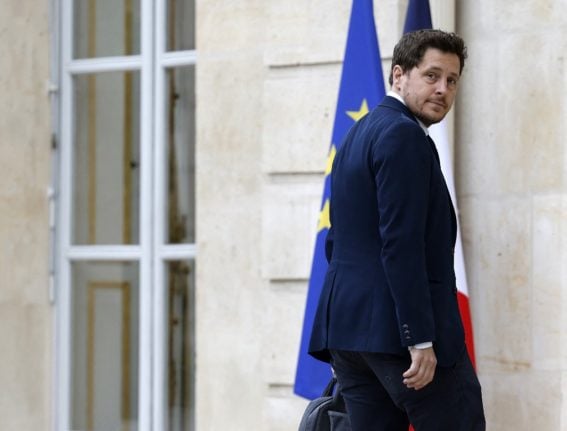