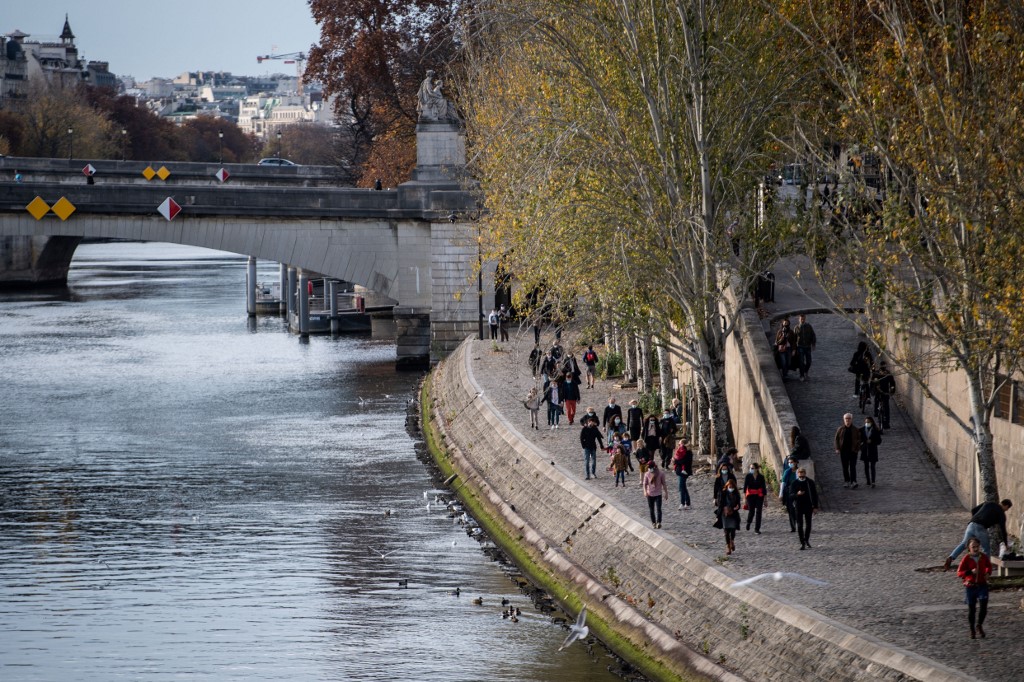 Temperatures are forecast to flirt with 20C across much of the country after a recent cold snap, which authorities worry could draw curfew-weary crowds to parks and riverbanks.

Already on Friday, TV reports showed flocks of people enjoying maskless drinks outside restaurants in Paris, reminiscent of the huge crowds that flouted the ban on groups of more than six in warm months last year.

Paris police warned that 700 officers would fan out to issue fines of €135 to anyone caught outside after the nationwide curfew begins at 6pm.

It added that around 4,000 officers would be mobilised over the weekend to enforce distancing rules, including breaking up outdoor gatherings.

“This is not the time to relax our collective guard,” it said on Twitter.

In the southeastern city of Lyon, authorities issued an outright ban on outdoor drinking of alcohol in much of the city centre, a popular district with scores of cafes and restaurants.

In contrast to some neighbours like the UK, France has so far avoided a third lockdown, while keeping in place a nighttime curfew.

Infections remain high, with over 22,500 new cases recorded on Thursday, but are  relatively stable and the government appears at ease with its current strategy for the moment.

It has resisted calls to consider lifting the curfew or other restrictions, including bar, restaurant, cinema and museum closures.