"Freedom of speech" - A protester in Paris after the killing of Samuel Paty, a history teacher beheaded by an Islamist extremist after having shown a cartoon of the Prophet Muhammed. Photo: AFP

Its literal translation is 'Islamo-leftism', with the left referring to the political left.

However it's a bit more complicated than that.

The term, in its essence, makes a connection between Islam and the political left. What link exactly that is, is however unclear, and the term does not make clear whether the target is the religion Islam itself or extremist Islamism or Islamists. Nor does it specify which part of the left is doing the linking.

It is frequently used in France to accuse people on the left of being blind to Islamist extremism and overly worried about racism and identity.

In that sense it shares some similarities with the English term 'woke' – it's generally used as an insult against those on the left by people on the political right, but it's more specific to Islam, whereas 'woke' can be used for a wide range of issues.


Debate on radio about “islamo-gauchisme”, one pundit arguing it’s easy to describe. Leftist parties lost their proletariat voters who defected to Le Pen. The left found a new political clientele in immigrants — many of them Muslims — who replaced their working class voter base.

Taguieff coined the term to describe a link between some groups of the French extreme left and members of the country's Muslim community.

He was specifically referring to the pro-Palestinian protests that took place in Paris in the early 2000s, where “neo-leftists (Trotskyists, anarchists and professional anti-globalisation activists) rubbed shoulders with Islamists (Hezbollah or Hamas), supporters of the outright eliminating Israel,” as he wrote in his book.

According to Taguieff, the Islamo-leftists founded a pragmatic alliance to weaken common enemies.

More recently, Taguieff wrote in the French newspaper Libération that the term had since been “mise à toutes les sauces” (put at all sauces), meaning it was used 'fast and loose' by anyone seeking to discredit groups on the left.

“That . . . the expression achieved the success we know today, I am not responsible for,” he wrote. 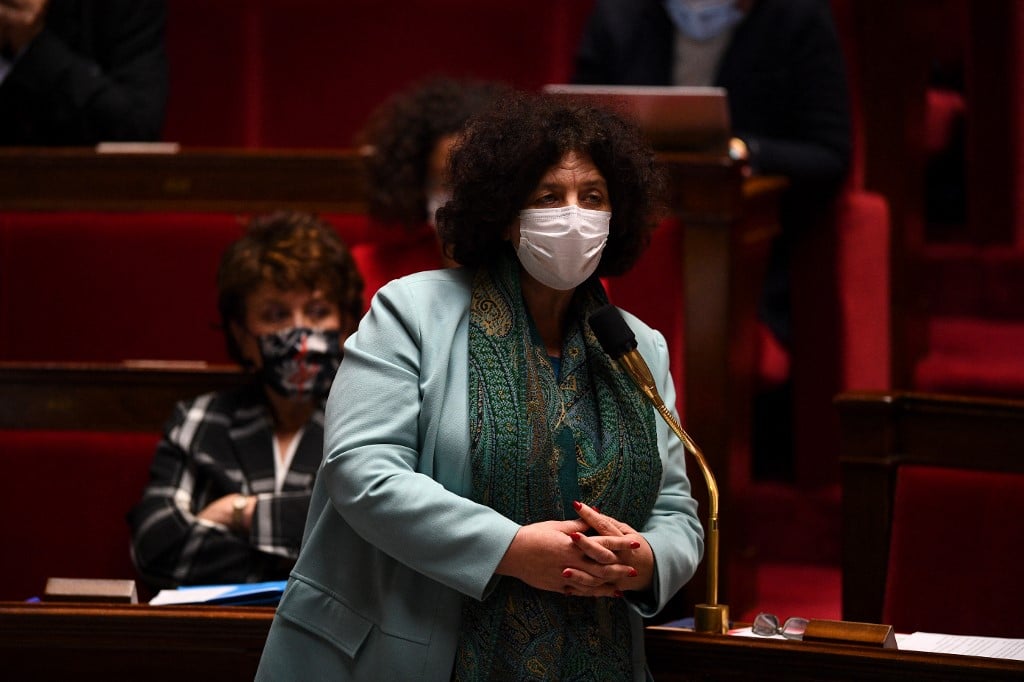 Long a favourite punchline of the far right, Islamo-leftism has been used by Marine Le Pen and several other Rassemblement National party members.

But it has broader appeal than the far right and several intellectuals have used it, including Gilles Kepel, a renowned specialist of the Arab world, and Elisabeth Badinter, a philosopher and feminist who has advocated for women migrant workers' rights.
Manuel Valls, ex-prime minister and Socialist Party politician, has used it too.
Others include Eric Zemmour, a highly controversial writer with extreme-right, anti-immigrant views, but also far left journalist Caroline Fourest, a feminist and outspoken critic of Islam.  According to Fourest, the term “designates those who, in the name of identity politics and an Americanised vision of identity, fight universalist feminism and secularism.”
Lately the term has also found its way into the mouths of government ministers belonging to the ruling party La République En Marche (LREM).

I actually asked the Élysée about this back in November. Was told then that Macron himself has never used the term “islamogauchisme,” even if his ministers have. But to my knowledge, none of them has ever been publicly reprimanded for doing so ??https://t.co/AUfV4vVwTS

The French minister for higher education, Frédérique Vidal, sparked a backlash from university heads after warning about the spread of Islamo-leftism in the country's academic institutions.

“I think that Islamo-leftism is eating away at our society as a whole, and universities are not immune and are part of our society,” Vidal told CNews television on Sunday.

That same month Interior Minister Gérald Darmanin accused the far-left party La France Insoumise, “which long has denounced the 'opium of the people', (of having) now become linked an Islamo-leftism that is destroying the Republic.”

Why does it matter?

Mostly it matters because the term has reached government level at a highly sensitive time in France, and because critics say the recent attack is an infringement on academic freedom.

The ministers' comments added fuel to the fire to an already divisive debate about what President Emmanuel Macron has termed “Islamist separatism,” in which Islamists are said to be flouting French laws in closed-off Muslim communities and fuelling terror attacks on French soil.

The lower house of parliament approved a draft law on Tuesday that will extend the state's powers to shut down religious groups judged to be extremist.

Macron has recently been accused by critics of pandering to the far-right ahead of presidential elections next year, which polls show are likely to be a re-run of his 2017 duel with Marine Le Pen, leader of the anti-immigration National Rally (RN).

One of the things I’m most worried about in France is the rise in friends on the Left saying they won’t vote for Macron vs Le Pen in a runoff but abstain. How can I persuade them when the Interior Minister is giving interviews to a far right magazine on the “challenge of Islam”? pic.twitter.com/oLkH68crWB

OPINION: Why has France become so devoted to Prophet Mohammed cartoons and where will it end?

Movements against racism over the last year such as Black Lives Matter, which resonated in France after arriving from the US, have led to fears that the country is importing American racial and identity politics sometimes derided as “woke culture”.

Both Macron and Education Minister Blanquer have spoken out about the danger of focusing on race and discrimination, which they see as fostering divisions between communities and undermining France's founding ideal of a united society.

Higher Education Minister Vidal on Tuesday told Parliament that the investigation she had ordered would determine “what is academic research and what is activism and opinion.”

The National Centre for Scientific Research (CNRS), the research body Vidal charged with the study, condemned the government's “attempts to delegitimise different fields of research such as post-colonial studies”.

President of the Sorbonne University, Jean Chambaz, slammed Vidal's comments in an interview with the TV channel France Info on Thursday, saying: “what is eating up society? It's discrimination, it's ghettoisation, it's social inequality.” 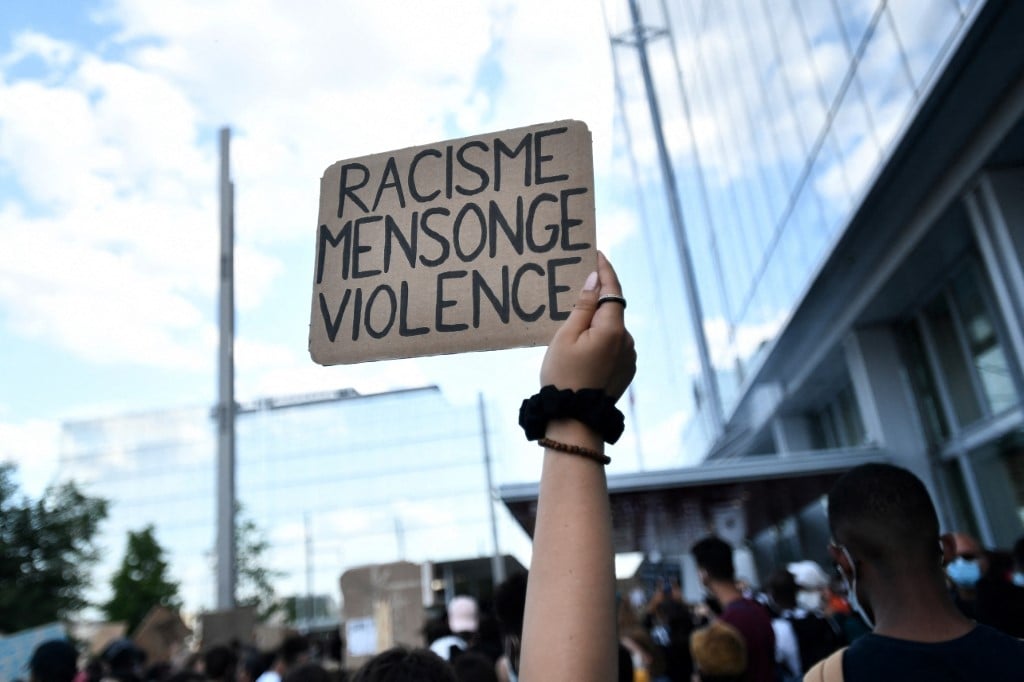 “Racism, lies, violence” reads a placard at one of the many protests  against police violence and racism that took place in Paris, June 2020. Photo: AFP

A new generation of younger French activists have become increasingly vocal about the problem of racism in France and the legacy of the country's colonial past in Africa and the Middle East.

But speaking in a Paris suburb in October, Macron said France had created its own “separatism” by dumping poorer people in suburban ghettoes with few jobs and poor housing.

Critics say the Islamo-leftism debate is feeding the same purpose as the many and equally divisive debates on the Muslim headscarf: shifting the focus over from policies to rhetoric and souring the discourse until only the loudest voices are heard.

READ ALSO ‘My body, my choice' – French Muslim women speak out about headscarves

Yes, communautarisme is often heard in these types of debate.

This a pejorative term used to discredit 'identity politics' such as anti-racist or feminist movements which are argued to be detrimental to democracy by emphasising feeling over facts. Communautarisme is wider than Islamo-gauchisme and can used for arguments that don't involve Islam or the traditional political left. It's broadly similar to sayings like 'political correctness gone mad'.

The English word 'woke' is also increasingly making its way into the French language, usually used in a negative context as a damaging idea imported from the UK and USA.

If only all the “nuanced thinkers” in France could understand how they sound when they ramble on about “le wokeisme” and the evils of “le modèle multiculturel”. But maybe this means Pompeo is about to snag a snazzy Paris think tank job? ??‍♂️ pic.twitter.com/Z5S4uJkOTZ 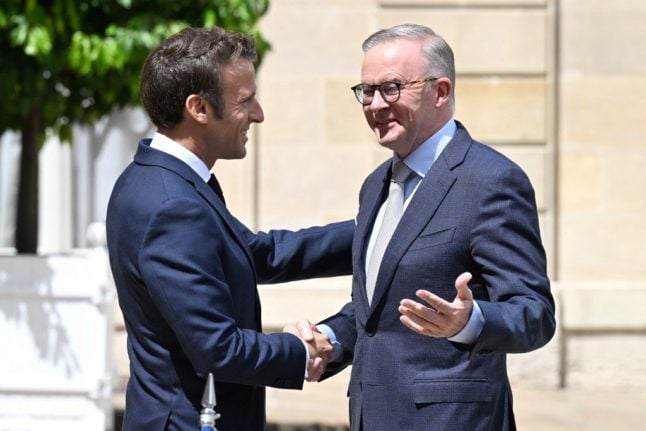