When Chris O'Brien signed up to take a French driving test he imagined this would be a fairly straightforward process, since he had after all been driving for 35 years in the USA. It was not.

My four-year odyssey to get my French driver’s license began in early 2015 when I paid €215 to register at an Auto École near our apartment in Toulouse, south west France.

I had already heard the stories about the eye-gouging €1,804 that the average candidate pays for such lessons and resigned myself to the costs.

Despite having driven for 35 years in the United States I needed to take the French test as the state that issued my licence – California – does not have an agreement in place allowing drivers to swap their licence for a French one.

Studying for the written part of the French exam proved so maddening, and the classes so unhelpful, that I gave up and simply ate the lost fee.

Two years later, changing family circumstances meant I really needed a French driver’s license. So, I registered in September 2017 with an online driving school, Ornikar. (Cost: €29.50 for the code lessons.)

I dug in, determined to triumph. During the test, the candidate is shown 40 photos taken from the driver’s point of view looking out the front windshield. One must mark all the signs, road markings, other cars, and pedestrians. Then read the question. There are typically 4 responses, but up to 3 of them may be correct. So, to get credit, the candidate must mark all the correct responses.

QUIZ Can you identify these French road signs? 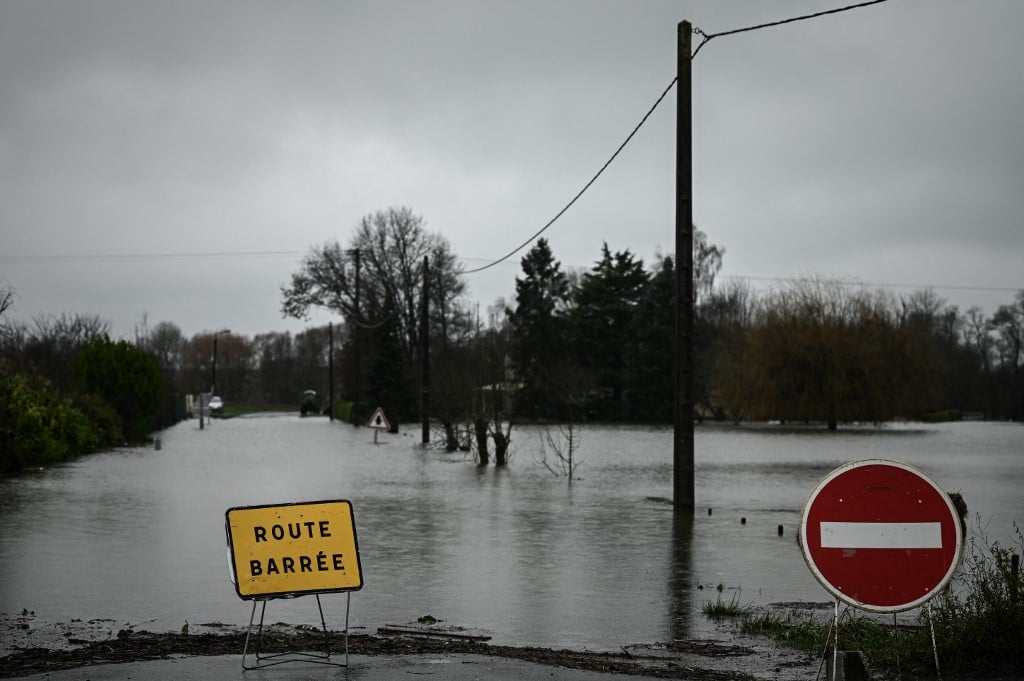 Most French road signs have a less obvious explanation than this one. Photo: AFP

What’s particularly confounding is that some scenarios are completely subjective, but the test insists there is absolutely one correct answer (or set of answers).

For example, imagine you are driving down a city street and a pedestrian is crossing where there is no crosswalk while a car that is parked along the side is signalling that they are going to pull out. What must you do? A) Keep driving without slowing down. B) Tap the brakes to slow down. C) Lift your foot off the gas pedal and let the engine slow down the car. D) Swerve to the left to avoid the pedestrian.

Personally, either B or C works for me. But the only correct answer is: C. Why? Because far off in the distance of your rearview mirror, there is a dude on a bicycle behind you and tapping the brakes might be dangerous for him. Better to let the motor slow you more gradually.

On a chilly December morning, I arrived at La Poste where I had registered to take the code (cost: €30) with a youthful cohort. I was seated in a nondescript room and the only pimple-free candidate on hand. The monitor handed me a tablet and the images began scrolling along. With 5 of the first 7 questions of that subjective variety, I was reduced to simply guessing. Certain I had already failed, I still had to endure another 25 minutes of testing before leaving so I could begin my well-deserved rant against the injustice of it all.

So I was shocked when, 3 hours later, an email arrived marked avis: favorable! Somehow, I had missed only 3 responses. Pure dumb luck.

Now it was on to the practical driving lessons.

Drunk with glory from my triumph over the written test, I booked my first hour of evaluation (cost: €34.50) just a couple of days later and made a formal request to reserve a date for the driving test, which must be done several weeks in advance. What a fool.

The lessons involved the instructor constantly yelling at me for failing to do one thing or another. I was too rough when changing gears. I was not “controlling” in the right sequence when I made a right turn (look left first – then right – then left again!). I was using the brakes rather than downshifting to slow the car. I needed to shift to 3rd gear at 35 km/h no matter what! “Chris!” she kept screaming, completely unnerving me.

My confidence thoroughly crushed, I cancelled my request for a driving test. After two more lessons, I stopped for my mental health. By July, I had recovered enough to try a different instructor, who had a more measured approach and mellow temperament.

I wouldn’t muster the psychic energy to restart lessons until November, approaching the anniversary of my written code success. Eventually, I would book a total of 10 lessons between the 2 instructors at €39.90 each.

The experience was far more supportive, but it still consisted of 60 minutes of fault-finding. I needed to constantly swivel my gaze between the two side mirrors and the rearview mirror, like a bobblehead doll. My downshifting skills were still lacking. I kept resting my left foot on the floor of the car when it should be placed on the incline next to the clutch pedal.

Worst of all, however, was the dreaded la priorité à droite. Under this archaic rule, certain drivers approaching from the right have the right of way into a street, even if you are driving on the main road. When rolling down a street, a driver must glance at every side street and determine if there is a solid line marking or a yield sign or stop sign. Otherwise, you must slow and see if a car is coming and let them pass first. This is completely unintuitive and requires you to be hypervigilant.

Passing the driving test requires performing a series of tasks to accumulate at least 20 points. But there are a handful of fautes éliminatoires. If you commit one these grave errors, you automatically fail, even if you have more than 20 points. Failing to recognise la priorité à droite is one of the major fautes éliminatoires. I was surely doomed.

When the day of my test in January 2019 finally arrived, we drove to the rendez-vous point where a stern examiner climbed into the passenger seat and my instructor moved to the back.

It did not start well.

We approached a massive roundabout and I saw another car circling and not signalling. With his intentions unclear, I decided to wait before entering, a decision that infuriated the examiner who demanded to know why I had this done this. As I tried to explain the American concept of defensive driving in French, she lectured me on the importance of never unnecessarily impeding traffic and inconveniencing other drivers. So it went. 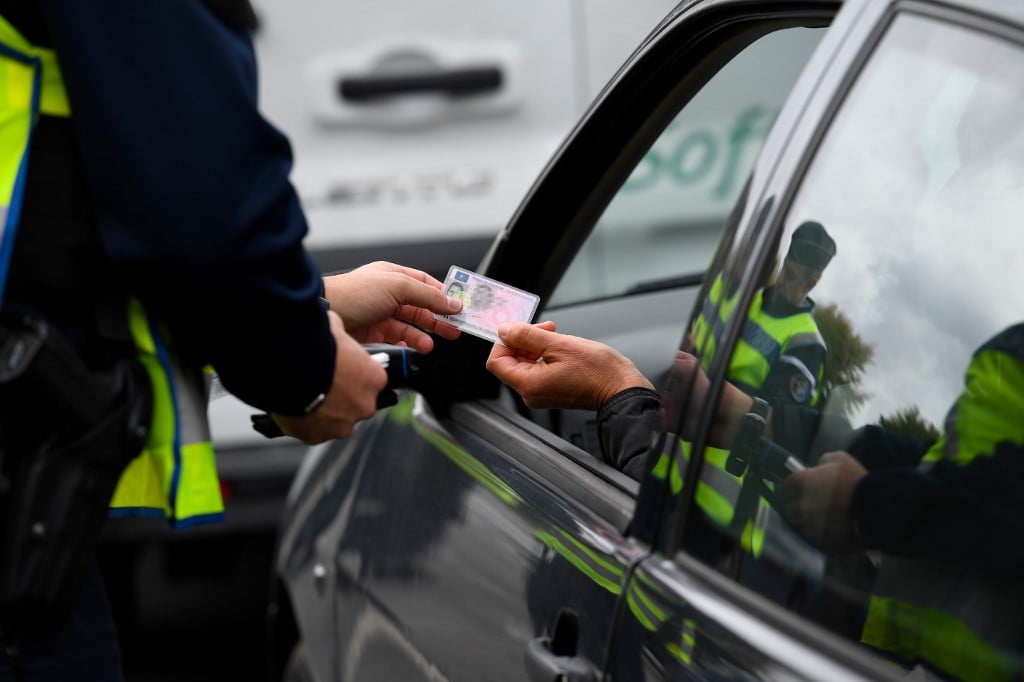 At any moment, the examiner asks the driver to stop an perform a manoeuvre This could be a three-point turn or parallel parking. Mine was simply to back the car up in a straight line. I began to do so, but the examiner noted that I had failed to use my right turn signal. Sigh.

One of the other major gut-wrenching moments of the driving exam is the verifications. At a random moment, the examiner will tell you to stop the car and read the last 2 digits on the odometer.

From these numbers, she will choose from a list of 100 verifications on the 40-page document generated by the Interior Ministry. The driver must memorise all of them. All of them.

Each verification has 3 parts: the interior of the car, the exterior, and first aid.

My digits read “11.” First part was easy: Point to the indicator for the gas level. Second part: What precautions do you take when putting gas in the car. Answer: Turn the car off, don’t smoke, don’t use your phone. Third part: What do you do when you see an accident victim who is not responding?

The correct answer must be given in the correct order: Place the victim in a stable position in a secure area. Alert emergency services. Monitor breathing of the victim until the arrival of paramedics.

I couldn’t remember the third one, and so didn’t get the point.

As the test ended, I had no idea if I had passed. I stepped out of the car while my instructor remained inside with the examiner, no doubt lobbying my case. I can only imagine the arguments. “Well, he is American after all…It’s hard to learn new things when one is older…No one died.”

Whatever he said, it worked. I scored a passing 25.5 (though out of a possible 40 this was hardly stellar.)

Four years after starting, I finally had earned my French driver’s license.