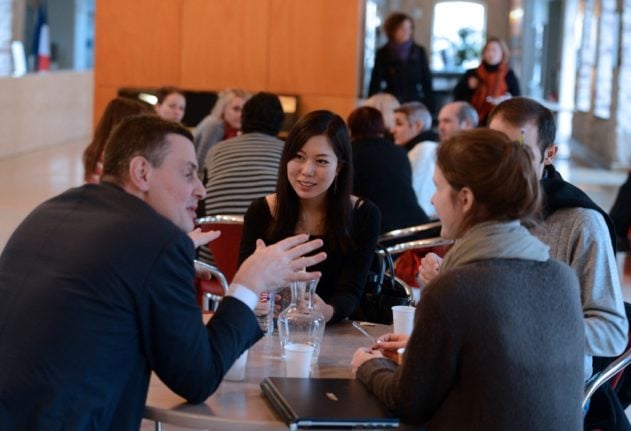 Canteens are a standard feature of larger workplaces in France. Photo: AFP

From Monday, February 15th, a decree has come into force allowing employees in France to eat lunch or dinner at their desk or workstation, something that was previously forbidden under Article R4228-19 of the Code du Travail (labour code).

Why is this happening?

It's because of Covid and it's important to note that this is a temporary relaxation of the rule, the intention is that when the health crisis is over, the previous rule will be reinstated.

The idea is to make it easier for employees to keep distancing at all times while in the workplace and avoid gathering in canteens or break-rooms for lunch, which represent a real risk of Covid spreading (especially as you have to take off your mask to eat).

The revised protocol on télétravail (remote working) also stipulates that employees who are in the office or workplace should avoid 'moments of conviviality' such as gathering for coffee breaks. 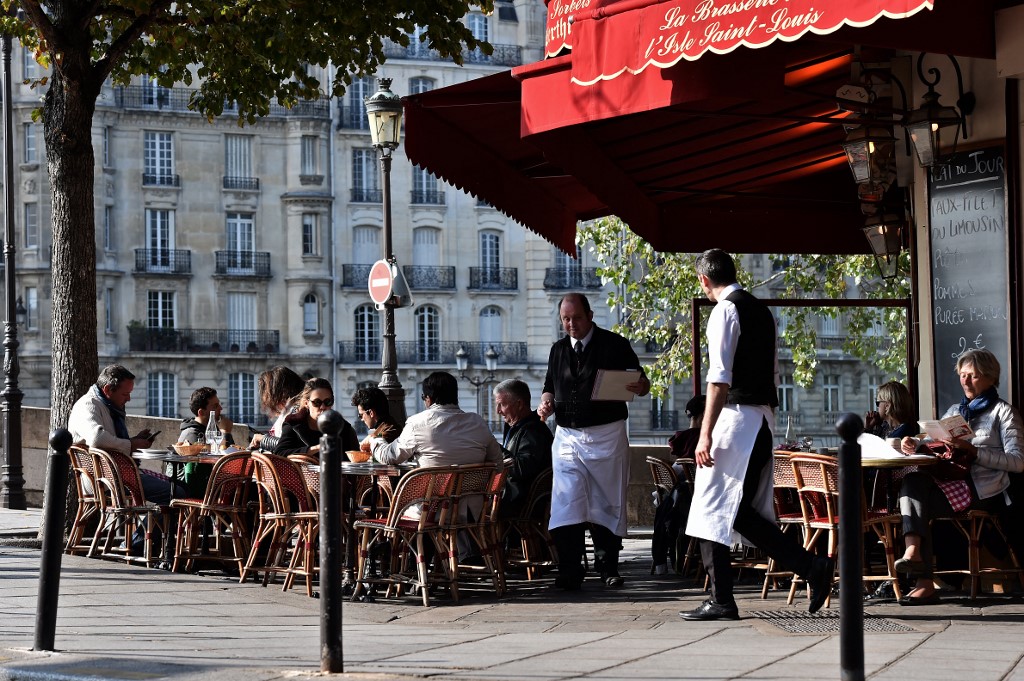 Exactly how sacred was the French lunch break?

The reaction from a lot of employees in France – both French and internationals – to this revision in the law was 'eating lunch at your desk was illegal? I've been doing this for years!'

Now you tell me. I have been breaking the law at @rolandgarros for years without knowing it. Would explain the looks of aghast I received from my French colleagues. And the cries of “take your time”. And then there were the 'moments of conviviality'. #badass

Um we in the entertainment biz have been doing this for 25 years. #whatsalunchbreak? https://t.co/5YBdv3toBL

So it's not exactly an unknown practice in France. The rule was also part of the labour code, a sprawling and enormous document that's meant to govern good practice in the workplace and be used in case of disputes.

Breaking the Code is more of a problem for the employer, rather the employee, and leads to fines – it's not like the French police were ever visiting workplaces and hauling off to jail anyone caught nibbling a sandwich over their computer.

So it's all a myth that the French enjoy a proper lunch break?

No, there is definitely more of a culture of taking a proper break in France than in many anglophone countries, but as ever it depends where you are, the sector you work in and the type of company.

Larger companies mostly have canteens that provide subsidised meals for employees, although people who prefer to bring in their own food can also go to the canteen to eat it.

Smaller companies that don't have canteens generally give restaurant vouchers to staff instead so that they can go to a local café or bistro for lunch. These vouchers have continued to be issued even though restaurants have been closed in France since October, so some people will have a lot of vouchers by now.

The lunch service is a major revenue stream for French cafés and restaurants and it's very common at lunchtime to see groups of colleagues siting down for a proper lunch – not just a sandwich – and sometimes a glass of wine too – although obviously Covid-related restaurant closures have also put a halt to this tradition.

Some workplaces also have kitchens where staff can cook their own food and it's also common for people who live nearby to leave work and go home to have lunch – sometimes with their family – before returning for the afternoon shift. During the summer it's also common to see people heading to the local park to have their lunch and spend some time in the sun.

The standard lunch break is 12-2pm and many public offices and shops, especially in smaller towns, are closed during this period to allow the staff a proper break.

The culture that prevails in the workplace depends on a lot of things, including location, size of business and the sector.

The big cities, especially Paris, have developed more of an international 'snack at the desk' culture in recent years and certain sectors including media and tech are less likely to stick to the lunchtime tradition while in public administration and in smaller towns the proper lunch is more likely to prevail – there's no hard and fast rule on this though.

But if you are visiting an administration office and need the fonctionnaire to deal with something difficult or unusual it's generally unwise to go between about 11.30am and 2.30pm.

As a foreign worker if you regularly bolt down a sandwich or pasta salad from a plastic tub at your desk, your French colleagues are likely to either judge you for your bad manners or encourage you to take a proper break, depending on how nice they are.

How do the French get any work done if they're always out to lunch?

This is a common myth about French workers, that they don't really do very much, but in fact France regularly comes out well in international productivity league tables.

The French in general work shorter hours than many of their neighbours – and make sure they take a proper lunch break – but when they are at work they are highly productive.

The work day is longer, the standard for office workers and retail is 9am to 7pm, but they make sure to have a proper break in the middle.

READ ALSO How many days off work are you entitled to in France?

Then there's the holidays, the public holidays, the tradition of faire le pont and the August shutdown – all of which ensure that French employees are relaxed, revitalised, refreshed and probably more efficient than their knackered, stressed-out counterparts in the UK or the USA with their wilted sandwiches and five-minute screen breaks. 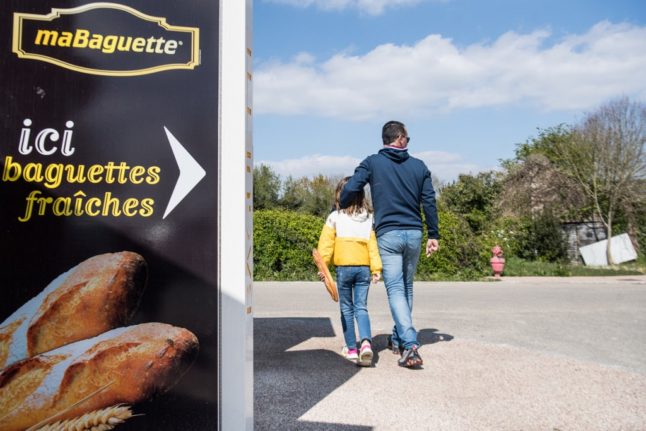