The French language is rich with expressions suited for moments that require a bit of dramatic flair. Here are some of our favourites.

It's closest English equivalent would be 'to make a meal of something'. It is generally used to tell someone that they should relax.

If your partner is giving you a hard time because you forgot to do the laundry as promised, you could say: oh, ça va, pas besoin d'en faire tout un fromage – oh, come on, no need to make such a big deal about it.

Very timely for a health crisis, en faire toute une maladie means 'to make a whole disease about it'.

If you are having an argument with someone who is blowing something out of proportion, you can say: Arrête d'en faire toute une maladie ! – Stop making such a huge deal out of it! 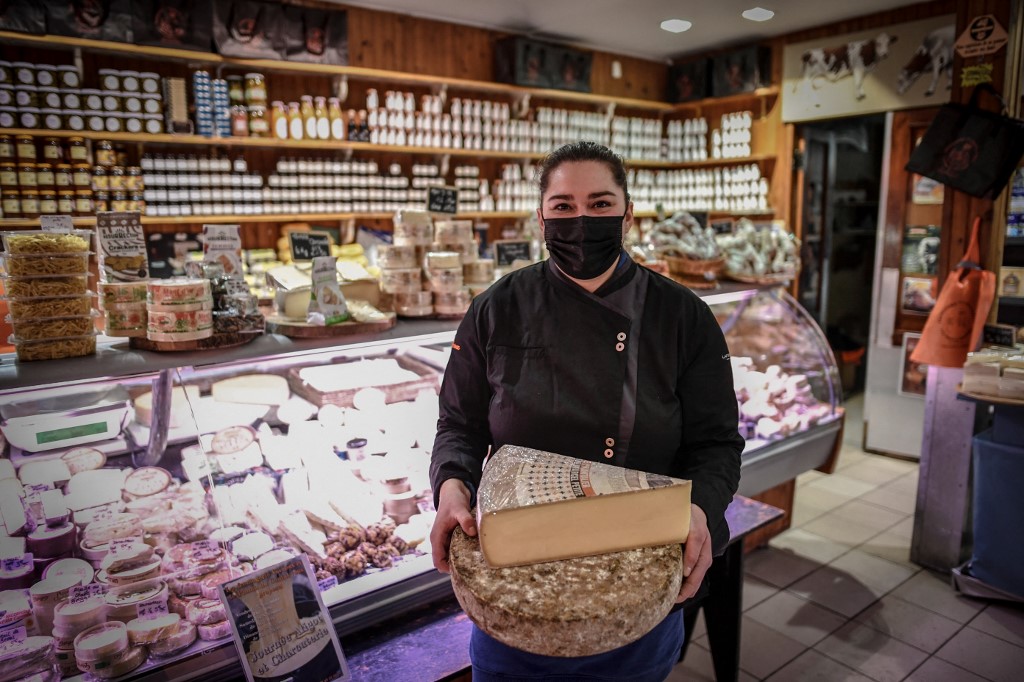 Sometimes there's reasons to make a whole cheese out of it.. Photo: AFP

Cauchemar is French for ‘nightmare', and quel cauchemar means 'what a nightmare'.

In France, un cauchemar (a nightmare) can refer to an unpleasant situation, however big or small. If you're trying to fill out your tax returns for the first time and find yourself taken aback by the mountain of French bureaucracy, you could exclaim: Quel cauchemar ! to express your distress.

You can also describe a situation as cauchemardesque, ‘nightmarish': Nous avons même pas eu d'apéritif, c'était cauchemardesque comme soirée. – We didn't even get served an aperitif, it was a nightmarish evening.

Cata is short for catastrophe, which means 'catastrophe' or 'disaster' – but in France the bar for what can fairly be labelled une cata is not very high.

READ ALSO: The 10 best French expressions for the everyday exasperation of life 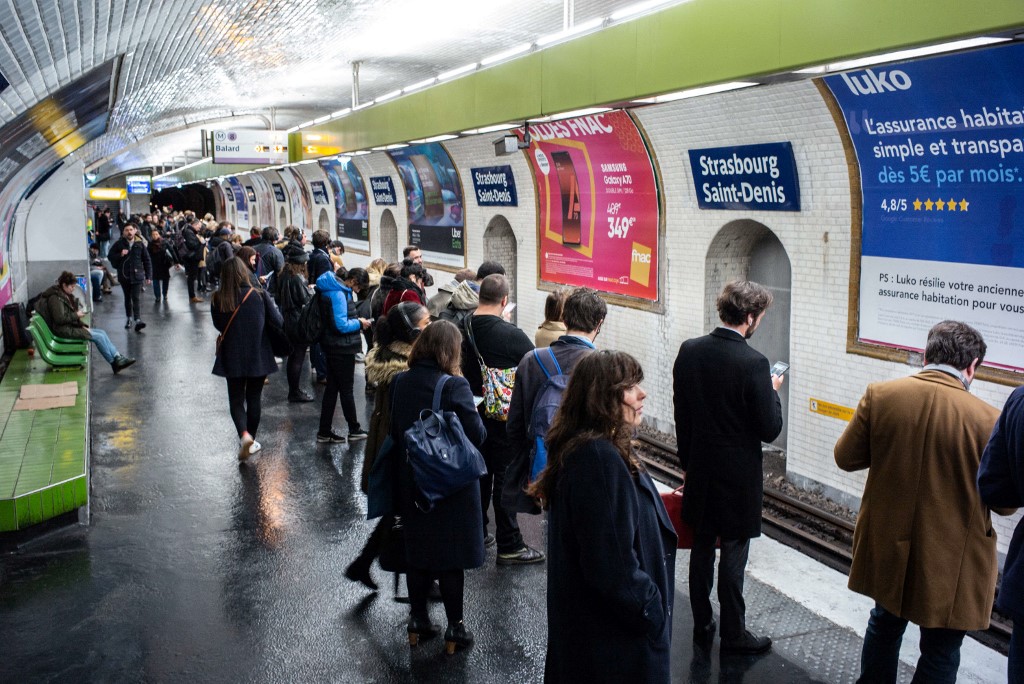 During the transport strikes in the winter of 2019, you could rarely be certain that the metro would arrive. Quelle cata ! Photo: AFP

Literally, c'est le bordel means 'it's a brothel', but this expression is commonly used in spoken French to express annoyance against something or a situation that's untidy, messy or chaotic, both literally and figuratively as in 'what a fuck up!' or 'it's mayhem!' or 'what a disaster!'.

It can describe any kind of disorderly situation: C'est le bordel sur l'autoroute, il y a des bouchons partout – It's chaos on the motorway, there are traffic jams everywhere.

This one is one of those on-point French words with no good English equivalent. It's also quite difficult to figure out how to say it right if you are seeing it for the first time.

Pronounced “ral-bol”, ras-le-bol means 'fed up' and is one of the most common French protest slogans. It features on placards at all kinds of protest in France. Sometimes people make puns out of it, like ras-le-viol, which means 'fed up with rape'.

You can however use ras-le-bol about more minor unpleasantries too, like low-quality cafeteria food: J'en ai ras-le-bol des legumes surgelés – I am fed up with frozen vegetables.

Apparently bol used to be French slang for 'ass' so j'en ai ras-le-bol (I'm fed up) literally meant that you needed to relieve yourself (to put it politely).
READ ALSO: Nine French phrases that English really should have too
7. Zizanie

French people love a good argument, so much so that mastering dinner table discussions is a crucial skill in France.

Zizanie, another French term with no good English equivalent, sums up in one word a situation where everyone is shouting at once.

It's so French that La Zizanie was the title of an Astérix cartoon series back in the 1970s (the English translation was Asterix and the Roman Agent).

Zizanie often accompanied by semer, a French verb that means 'to sow' (discord). Semer la zizanie means 'to sow discord' or 'drive a wedge' between someone. Tout allait bien jusqu'à ce que tu es venu semer la zizanie ! – Everything was fine until you came stirring it up! 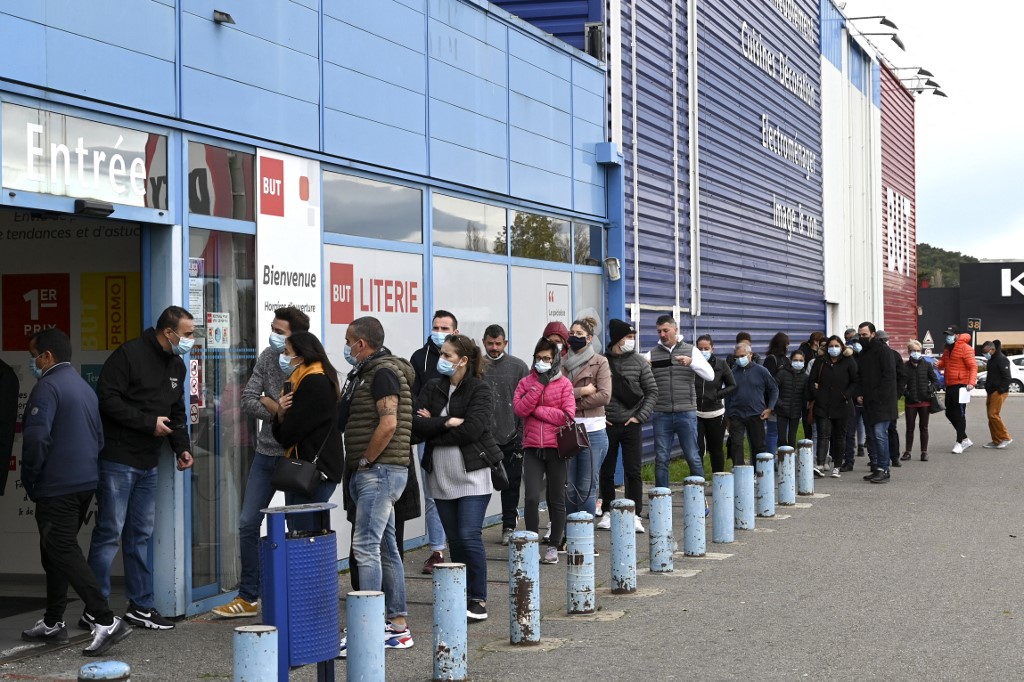 Quel cauchemar ! People line up to do their shopping in southwestern France on a Saturday in November 2020, after the government eased lockdown. Photo: AFP

If you simply can't take it anymore, you could sigh in exasperation and exclaim: Je suis au bout de ma vie – I am at the end of my life.

Not to be taken literally, this expression is a very common way to express that you are exhausted, tired or displeased with a specific situation. You can use it when you are fed up with the world, whether it be because we are in the midst of a deadly pandemic still, because you are working long hours and desperately in the need of rest – or because you just realised that you have run out of shampoo.

While in English 'a drama' refers to a situation that is being blown out of proportion, un drame in French is a bit more serious.

In English you could qualify your mother and her soon-to-be daughter-in-law fighting over what tablecloths to use at a wedding as 'a family drama'. In France un drame familial generally implies a suicide, a deadly illness, a horrible accident or something similar – what you in English would call 'a tragedy'.

A simple fight over wedding tablecloths would be une dispute, not un drame – unless of course it ended with murder.