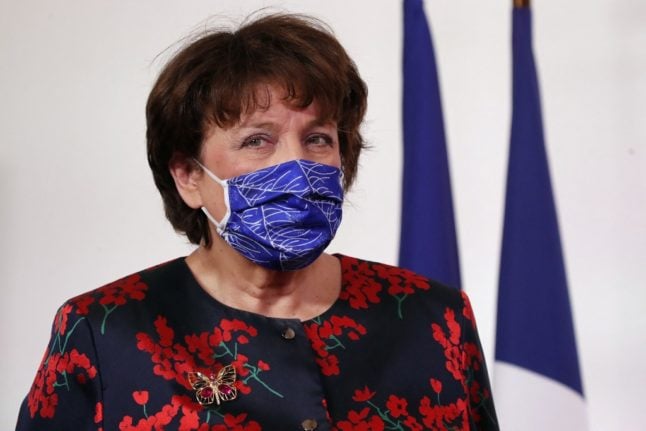 French Culture Minister Roselyne Bachelot. Photo: AFP
The French Culture Minister Roselyne Bachelot on Monday evening announced plans of holding test-concerts in March and April in Paris and Marseille.
“As long as we are not in a catastrophic health situation,” she told LCI, two concerts will take place “in the second half of March” in Marseille, while the concert in Paris is set to take place in April.

France’s culture sector has suffered big economic losses due to the Covid health crisis, with concert halls, theatres, cinemas and museums closed for months as part of the government’s strategy to curb the spread of the virus.

The government has taken criticism for leaving the sector behind, with critics arguing that culture is essential too, equal to fromageries and wine-cellars, which were allowed to stay open during the lockdowns in spring and autumn of 2020.

While book shops quickly reopened as the government eased restrictions to boost sales before Christmas, concert halls and other venues gathering big crowds are extra tricky because of their high risk-factor.

But the culture minister said she was optimistic about finding a solution to let seated concerts go ahead under safe circumstances, and that she hoped to reproduce the model for festivals this summer.

“I am very optimistic for seated festivals,” she said. “For standing shows, it’s more complicated, that’s why I’m experimenting, and these experiments are meant to really test what’s going on.”

The two concerts in Marseille will be held in the concert hall Dôme with a 1,000 sitting spectators, who will have “the possibility to stand up”, Bachelot said.

Everyone will be tested before the concert, the minister said, and organisers will distribute face masks and hand sanitising gel.

In Paris, between 3,000 and 5,000 people will be allowed into Accor Arena for a “standing concert” held in partnership with the Paris public hospital group AP-HP and the national research institute Inserm, which will be testing and tracing the event.

Everyone will have to wear a protective face mask throughout the concerts. According to organisers in Paris the tracing app TousAntiCovid will function as a health pass, with proof of a PCR test result from less than 72 hours prior to the event – similar to the method used for international travel.

No exact date has yet been set for either of the concerts as it will depend on how the health situation develops until then.