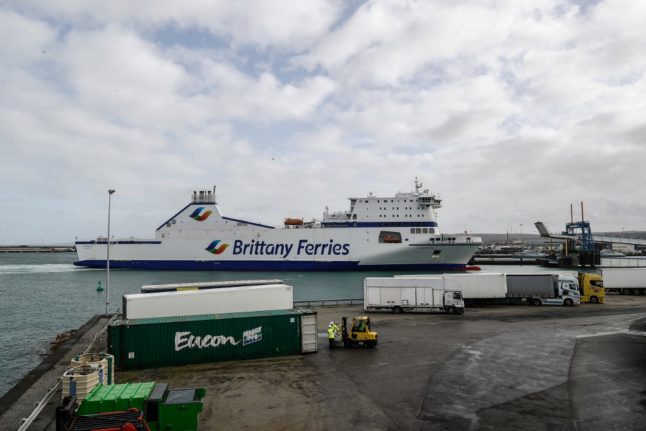 The number of ferry services running between Ireland and mainland Europe has more than quadrupled compared to last year. Photo: AFP

Earlier this month, Brittany Ferries opened additional ferry routes between France and the Republic of Ireland. The new routes connect Cork with Roscoff and Rosselare with Cherbourg. Sailings began on February 4th.

Meanwhile Stena Line has started a new weekend link between Dublin and Cherbourg. Stena Line said it was trialling the route and trying to reorganise its sailings to meet a rise in demand.

The number of ferry services running between Rosselare, the closest port to mainland Europe, and the continent has more than quadrupled compared to last year.

Passing through Britain is traditionally the fastest and cheapest route connecting France and Ireland, but companies are now avoiding it due to increased bureaucracy around customs and regulatory checks.

“There are now almost forty weekly direct sailings between Ireland and France, keeping our EU Single market connected by sea,” the Irish Embassy in Paris tweeted.

We have updated our map to include even more direct maritime routes!⛴️

Corsica Ferries, a France-Italy based ferry company, will operate a new service between Ireland, England and Cherbourg in France, as a consequence of the drop in traffic in the Mediterranean caused by the pandemic, and the need for new routes in the Irish Sea caused by Brexit.

The company's Mega Express Four ferry arrived in Dublin last week. It will be used to connect Ireland with Britain during the week, and will be chartered by Irish Ferries to connect Dublin with Cherbourg at the weekend.

“Our ships are currently available due to Covid-19. There are very few crossings between Corsica and Sardinia at the moment,” Corsica Ferries president Pierre Mattei told radio station France Bleu.