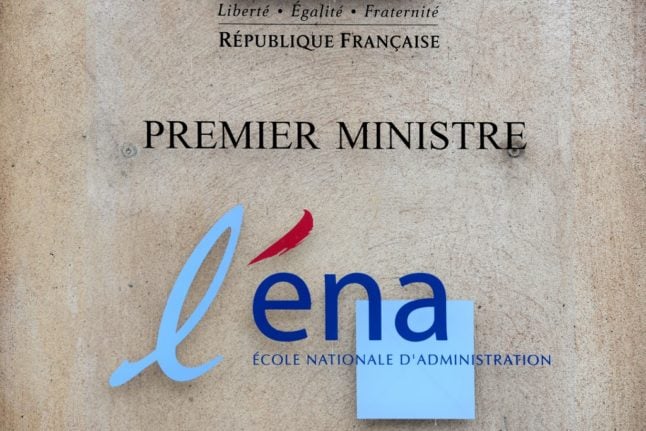 Macron has repeatedly complained that France's social elevator is stuck, and that young people from low-income families, particularly children of African or Arab immigrants, have no route out of the grim high-rise housing estates where they grow up.

On Thursday, he unveiled a “Talents” programme that will reserve six places at the Ecole Nationale d'Administration (ENA), the Strasbourg-based finishing school for senior civil servants, for students from poorer backgrounds.

Four other prestigious colleges will also be involved in the programme, which aims to level the playing field for students whose education prospects have suffered by dint of where they grow up.

Macron made the announcement during a visit to the western city of Nantes, where he met students from housing projects and rural areas, who said they felt closed off from the gilded halls of top French colleges.

“I don't want to go to ENA. I would feel like an imposter,” one student told Macron, admitting that he had not passed the school finishing exam, the baccalaureat.

Macron told the students to resist being “relegated to the social milieu or place where one is born”.

Macron, who grew up in the northern city of Amiens, later transferred to a top Paris school, and told AFP that “I didn't even know ENA existed. I found out by chance, in Paris”.

While many countries have similar programmes to counter inequality, in France, affirmative action or “positive discrimination” was long dismissed as running counter to the idea of a meritocracy.

The move to diversify the student body of the colleges that produce France's elites marks an about-turn for the centrist Macron, who had at one point vowed to scrap ENA, seen as a symbol of French elitism.

“We will need to abolish ENA, among others, to be able to build something else,” Macron said in April 2019 in a bid to calm months of often violent “yellow vest” protests over inequality and the perceived arrogance of France's elites.

But faced with an outcry from defenders of an institution that has turned out generations of public administrators, Macron decided to reform the institution instead.

He said on Thursday that 1,000 places would be created in two new programmes to prepare students from disadvantaged backgrounds for applying to France's top colleges.

Of these, six will go on to study at ENA, and a similar number at four other elite colleges.

ENA graduates, known as enarques, form a network of influence that stretches across the top echelons of politics and business, making it a target for critics of the French establishment for decades.

Despite an entrance exam that is open to everyone and supposedly meritocratic, studies show that ENA's student intake is dominated by the children of wealthy families.

Macron is the fourth president since World War II to have graduated from the school created in the aftermath of World War II, following in the footsteps of Valéry Giscard d'Estaing, Jacques Chirac and François Hollande.