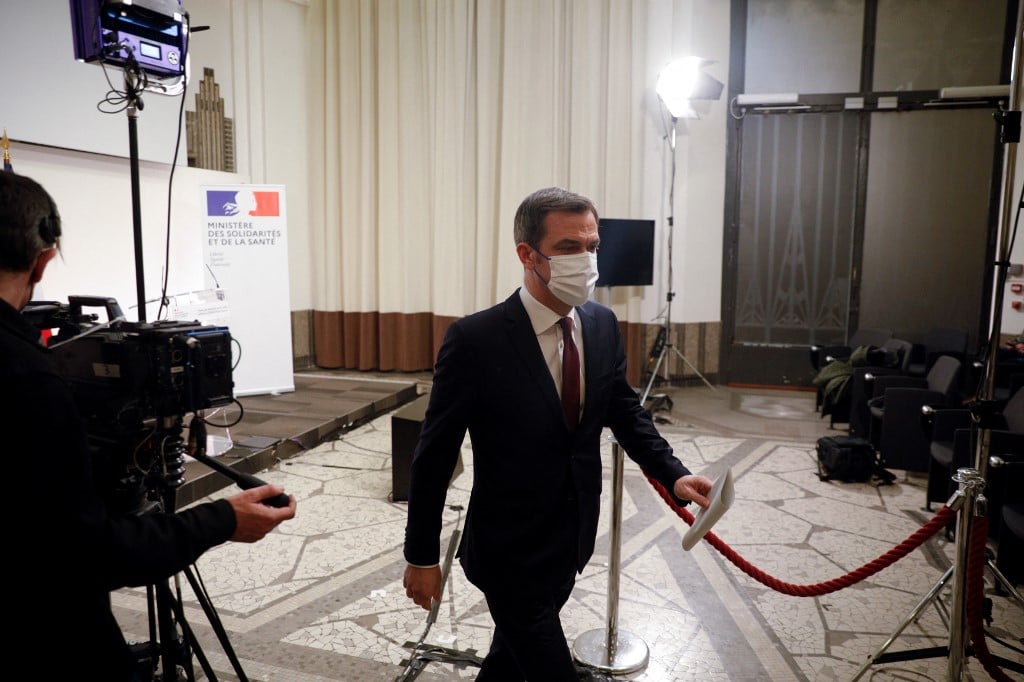 Olivier Véran is on Friday travelling to Moselle to talk to regional leaders. Photo: AFP

Olivier Véran will be meeting regional leaders and health chiefs on Friday after Covid cases soared in Moselle – a département in the Grand Est region of France which runs along the country's border with Germany.

More worryingly still, the area has reported a high number of cases of the new variants of the virus, which Véran said in his Thursday evening briefing cannot immediately be linked as a single cluster or connected with people who have recently travelled.

Overall, new variants of the virus account for 25 percent of cases in France, rising to above 30 percent in the greater Paris region.

READ ALSO MAP Where are Covid variants spreading in France?

The majority of these cases are of the UK variant, but now the South African and Brazilian variants of the virus are also spreading in France, accounting for between 4 and 5 percent of cases.

In Dordogne, 40 cases of these variants have been detected, but health experts say they are linked to a cluster and are therefore easier to control through contact tracing.

But the situation in Moselle is more worrying – there 300 cases of the Brazilian and South African variants have been detected and at this stage authorities cannot link them to a cluster or to people who have travelled or their contact cases.

Moselle is also seeing a high number of cases overall – with an incidence rate of 400 cases per 100,000 of the population, double the national average of 201.2.

Jean Rottner, the regional president who is also a doctor, said: “For a few days, the situation has become incomprehensible.

“While the Grand Est region is doing relatively well, Moselle is burning a little. The incidence rate is 400 cases per 100,000 inhabitants, with a strong increase among young people. This is the observation – the variants could be the explanation.”

Many local leaders are already calling for a total lockdown of the area to prevent the variants spreading further, while others have called for vaccine stocks to be diverted to the area to enable them to vaccinate the population more quickly.

All options will be discussed during Véran's visit, with government spokesman Gabriel Attal saying that “nothing has been ruled out” including another lockdown.

The emergence just before Christmas of new, more infectious strains of the Covid virus in the UK, South Africa and Brazil has been the cause of much worry in France, with the spread of the new strains one of the major reasons given by people pushing for a third lockdown.

In the end the government has decided against another lockdown for now, but has brought in a collection of new measures aimed at curbing the spread of the variants, including travel bans and extra measures in schools.

READ ALSO What is France doing to control the spread of new Covid variants?

In order to track the progress of the variants, France had conducted several 'flash' surveys of positive test results to screen for variants, but now is screening all tests for the presence of variants.

All PCR tests in France will soon be analysed in labs by a new test multiplex – which is capable of detecting the presence of the existing strain of Covid or one of the new variants with a single test, thus saving valuable time in tracking the new variants. These are now being used in labs in France and will shortly completely replace the older style of test, said Véran.

This screening applies only to PCR tests, and not the rapid-result antigen tests which are available in pharmacies.