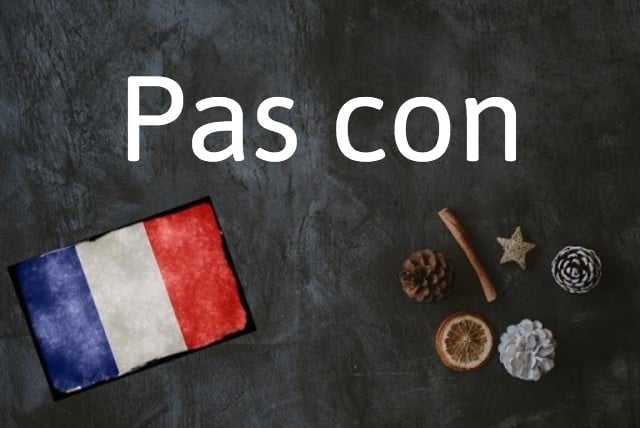 Why do I need to know c'est pas con?

Because it's useful when someone deserves acknowledgement, but you don't want to go overboard either.

Con is a widely used insult, similar to 'idiot', 'prick' or 'arsehole', but it can also be a way to characterise something as 'dumb' or 'stupid'.

Pas con translates as 'not dumb', and is a somewhat odd way to acknowledge something or someone is clever.

Though it doesn't exactly sound like the compliment of the year, it is confidence stamp, albeit a slightly tepid one.

When something is pas con, it is similar to saying 'smart move', 'good shout' or 'nice' in English. If you say someone is pas con, it means they are quite intelligent.

It's colloquial, con is the less formal way of saying stupide (stupid), but widely used.

If your friend is telling you about how they invested in a company specialising in home office equipment, seeing as remote working is the new norm, you could figuratively pat them on the back by saying:

But you could also say:

C'est pas con means 'that's not dumb', although if you were to correctly spell it, you would write ce n'est pas con. But as with much French slang expression you strike the ne orally.

Pas con ton idée. – Not a bad idea of yours.

On prend le Métro au lieu de la voiture ? Comme ça on peut boire des verres après si on veut. / Pas con, allez. – Let's take the Metro instead of the car? That way we can have drinks after if we want. / Smart, let's do it.