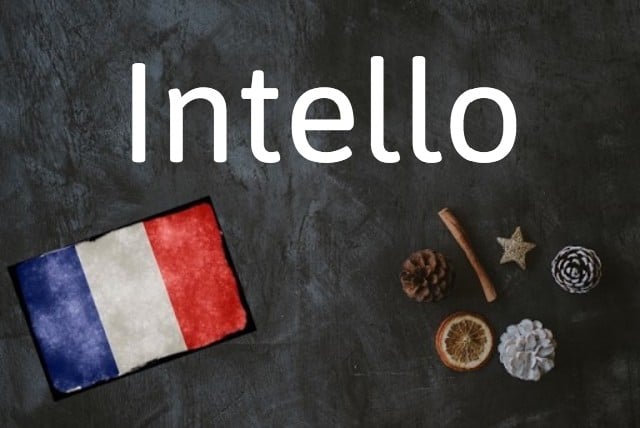 Why do I need to know intello?

Because it's a common abbreviation.

Intello is a common French abbreviation of intellectuel, which means 'intellectual' in English.

It can mean simply a a studious type, a nerd or a geek, but it can also be a pick at someone who is a bit arrogant with their knowledge, what you in English would call 'highbrow' or 'egghead'.

A man is un intello, a woman une intello, while several people are des intellos.

Intello can also be used to say that something is 'nerdy', 'geeky', or requires a lot of brain capacity to process. A three-hour long subtitled film about an underground Ukrainian artistic community could be said to be un truc intello – 'a nerdy thing'.

French people sometimes talk about their coté intello, which means their 'geeky side'.

Just like apéro (short for apéritif), ventilo (short for ventilateur – 'fan') and matos (short for matériel – 'equipment'), intello has become pretty much as common as the original word.

Il a tout le temps le nez dans ses livres, cet intello. – He always has his nose in his books, that nerd.

Tu as tous les films Star Wars ? C'est ton côté un peu intello ? – You have all the Star Wars movies? Is this your geeky side?

Les étudiants à l'université me font un peu peur, ce sont tous des gros intellos. – The students at the university scare me a little, they're all such highbrows.