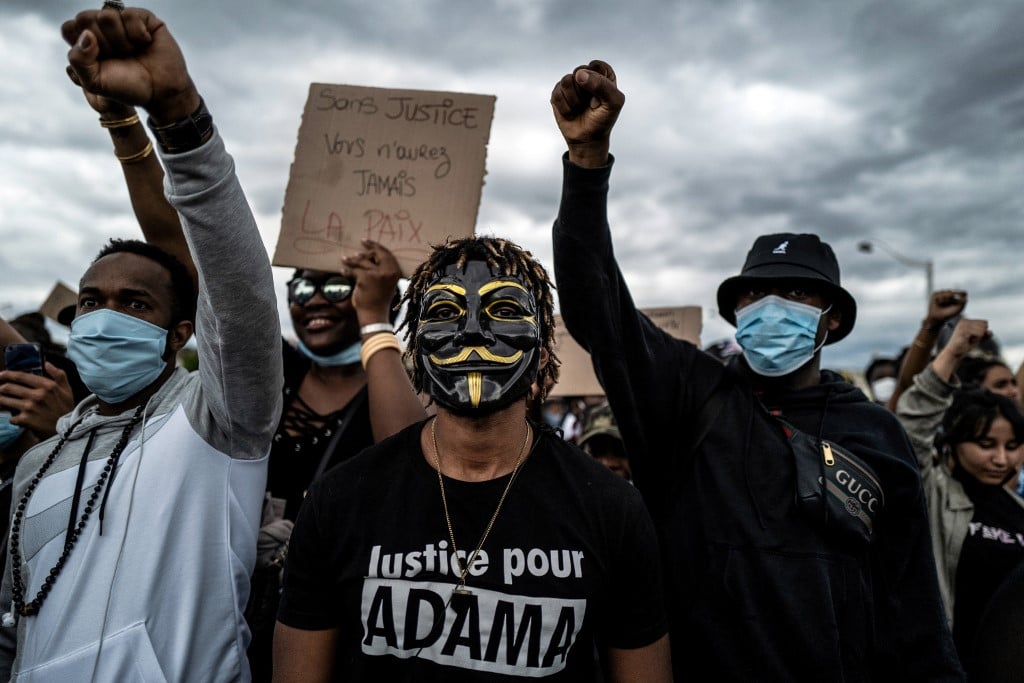 Protesters in Paris in the summer of 2020 calling for "Justice for Adama" Traoré, who died in police custody in 2016. Photo: AFP

The report from four Belgian doctors commissioned by investigating magistrates said the way officers pinned Adama Traoré to the floor had likely contributed to his death during a heatwave.

The family's lawyer Yassine Bouzrou said the report marked a “turning point” in the affair and justified charges against the three police officers involved.

Lawyers for the police had said they had acted according to regulations in response to Traoré's resistance, and were “completely unaware” of Traoré's medical history, including a heart condition.

Traoré, dubbed the “French George Floyd” after the black American killed by US police in 2020, has become one of the faces of a growing campaign to end police brutality in France.

READ ALSO: Who is Adama Traoré and why are there protests across France in his name?

He died on July 19th, 2016, at the age of 24 after fleeing officers who wanted to check his ID in Beaumont-sur-Oise north of Paris. After a chase he was traced to an apartment where three officers jumped on him to handcuff him.

One of the officers later said he had complained that he could not breathe – an admission that later drew comparisons with Floyd's May 2020 death in a chokehold in the US city of Minneapolis.

Traoré was taken unconscious to a police station and left handcuffed on the floor in the recovery position, where the emergency services later pronounced him dead two hours after his arrest.

Although an initial autopsy found he died from asphyxiation, experts overruled that finding in May 2020, saying an underlying heart condition and genetic illness caused his death.

The Belgian doctors said they believed Adama had “very likely suffered a heatstroke.”

But “the role in the lethal process of a period of suffocation due to physical constraint cannot be ruled out,” they said.

They added that the “momentary containment manoeuvres” and “to a lesser extent underlying conditions” likely hastened the deterioration of his condition.

Bouzrou was quoted earlier by France Info radio as expressing satisfaction over the finding.

“We know today that among the causes of death are the violence of his arrest and being tackled face down, which clearly had an important role in the death of Adama Traoré,” he said.

In a statement later Monday, Bouzrou added that: “For the first time, experts appointed by judges confirmed that actions by the police caused Adama Traoré's death. Previously, only the doctors commissioned by the civil parties had confirmed it.”

The report comes a week after the French government kicked off weeks of public consultations on ways of increasing public confidence in the police following repeated scandals over racism and brutality.

ANALYSIS: How did France's relationship with its own police get so bad?

In November, a video of Paris police beating and abusing a black music producer inside his studio shocked the country. The police were also recently filmed using violence to tear down a migrant camp in central Paris.