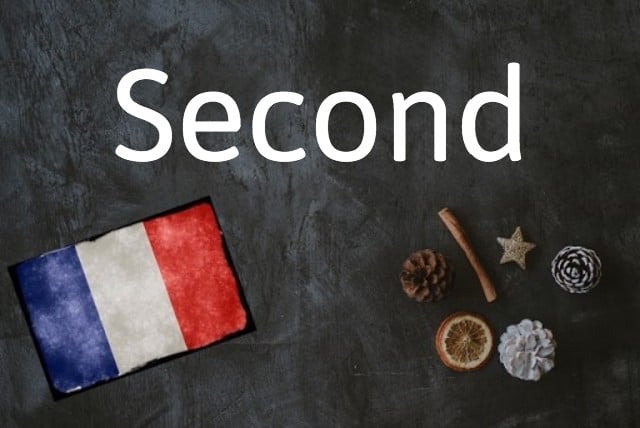 Why do I need to know second?

Because knowing how to accurately use this expression will earn you language points even some French people lack.

Second is French for 'second', though slightly different than deuxième, which also means 'second'.

The subtle difference between second and deuxième is found in whether there were more than two of something, or whether the second thing was the last.

For example, you would say je suis arrivé deuxième à la fête (I arrived second to the party), indicating that more people came after you. But the second injection of the Covid-19 vaccine is la seconde injection, because it is the final one.

The rule is not obligatory, according to the language guardian Académie Française, so don't worry if you forget and get deuxième and second mixed up.

But if you do want to be completely accurate, use second (masculine) or seconde (feminine) anytime there are only two of something: seconde main (second hand), seconde nature (second nature) or seconde dose du vaccin Covid (second dose of the Covid vaccine).

There is also the habit of saying la Seconde Guerre mondiale (the Second World War), because there has not been a third (and we hope there won't be one) although Deuxième Geurre mondiale is also common.

Elle est la seconde femme intronisée au Panthéon. – She is the second woman laid to rest inside the Pantheon.