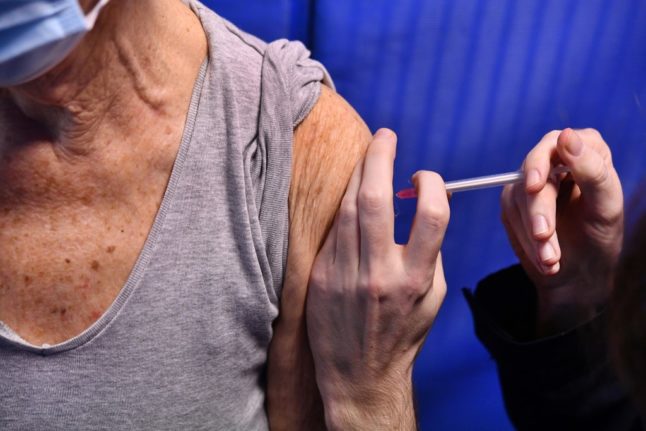 The top French medical authority Haute autorité de Santé has approved the vaccine for use in France, but only for people under 65, echoing decisions made in Sweden, Germany, Belgium and Switzerland over concerns about a lack of data on the effectiveness of the vaccine for over 65s.

In a change to the original schedule, the French government has announced that the next group to be vaccinated will be all healthcare workers, and they will receive the AstraZeneca vaccine.

The vaccination programme of over 75s, people with serious medical conditions and staff and residents at Ehpad nursing homes will continue using the Pfizer BioNTech and Moderna vaccines.

The next group on the vaccine schedule are 65 to 74-year-olds, but no date has yet been announced for this.

Speaking at a press conference on Thursday night where it was decided that a third lockdown is not at present necessary for mainland France, Prime Minister Jean Castex also said that an additional 1.7 million appointments for the first dose injections will open up in the coming days – 500,000 appointments for February and 1.2 million for March.

The government also said it is on track to have 4 million people vaccinated by the end of February, a target that had been thrown into doubt by supply problems.

“In the coming days we will be opening up for 1.7 million additional first injection appointments,” he said, adding that 500,000 of these would be for the end of February and 1.2 for March.

France's vaccine rollout has been widely criticised for its extremely slow start and the country is still lagging behind many of its neighbours.

Both the health minister Olivier Véran and President Emmanuel Macron have pledged that anyone who wants the vaccine will be offered it by the end of the summer, but this will require a major increase in the daily rate of vaccinations.

Véran on Thursday confirmed that the AstraZeneca vaccine – since it does not require super-cold storage – can be distributed by GPs and in pharmacies, but no detail was given of when the pharmacy rollout will start.

At present only hospitals and vaccine centres can give the vaccine and only certain groups are eligible – over 75s, people under 75 with a serious health conditions, healthcare workers and staff and residents in Ehpad nursing homes.

Véran said that by the weekend, the government was on track to have vaccinated everyone who wanted it in Ehpads.

In total 1,687,026 people in France have received at least one dose of the vaccine and 138,956 people have received both doses and are therefore fully vaccinated.

France has decided that it will not delay the second dose of the vaccine past the manufacturer's recommendation of 3-4 weeks and last week cancelled some first dose appointments in order to ensure that people who had already had their first injection could get the second in time.

Four factories in France have also signed deals to manufacture extra doses of the Pfizer and Moderna vaccines after supply issues with the AstraZeneca vaccine at an EU level.