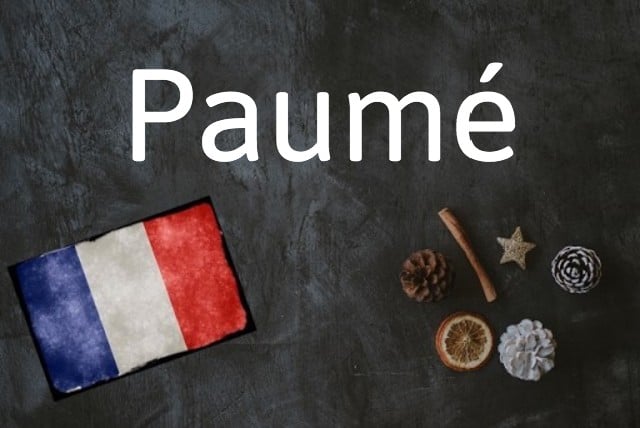 Why do I need to know paumé?

Because it's common and handy, especially if you like to travel around France.

Paumé means 'lost', but it is slightly different to perdu, the more common French term for 'lost'.

In the first instance, paumé indicates someone being 'lost' in a psychological sense, that they are 'disoriented' or even 'detached from reality'. It can be after a long journey or if someone has lost their way, either literally (like in a forest) or in figuratively (in life). Other alternatives are 'clueless' or helpless'.

Un endroit paumé is a place that is 'isolated' in the sense that it is 'godforsaken' or 'abandoned'.

In France you will often hear paumé used about remote villages and towns that are cut off from the modern world and have bad or even non-existing internet access – the kind of place young people typically want to get away from.

It can be pretty pejorative and sometimes people will talk about ce trou paumé – this godforsaken hole.

But it can also mean 'off the beaten track', like visiting a un coin paumé 'an unfrequented corner'.

Il est complètement paumé, in le sait plus où il est. – He's totally lost, he has no idea where he is.

Nous étions dans un coin totalement paumé, je pense que personne n'y était allé avant nous. – We were at a totally off-the-beaten-track spot, I think no one had been there before us.