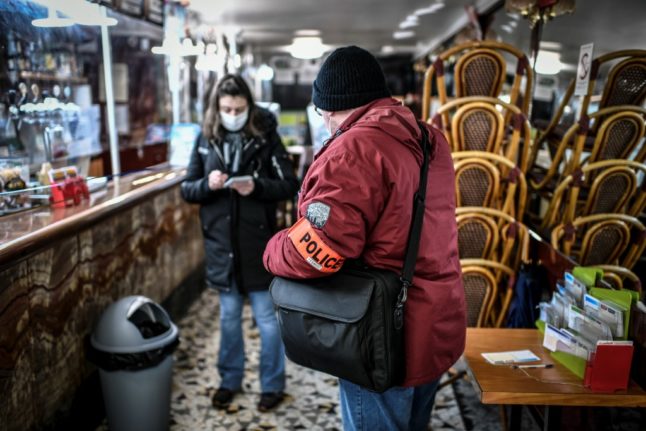 A police officer inspects a bar in Paris on February 3rd. Photo: AFP

The scene at the small Parisian cafe looks almost normal: smokers queueing for a pack of cigarettes, gamblers buying lottery tickets or picking up betting slips for the races.

That is, until the police walk in, reminding customers, and the owner, that nothing is the same in the Covid pandemic.

“There are too many people here, count them,” an officer orders his team.

It turns out that nine people are crowding the tiny space, too many according to government rules saying that shops and other outlets can admit only one customer for every eight square metres (86 square feet) of floor space.

President Emmanuel Macron’s government is trying to avoid another Covid lockdown, which would be France’s third, even as infection numbers remain high.

Instead the government hopes that measures already in force – including a nightly curfew from 6pm and a ban on cafes and restaurants except for takeaway fare – will be enough to cut infection numbers.

To make sure they do, authorities are getting tougher on those who don’t comply.

“Please let us stay open, I don’t want to close, I want to work,” pleads the owner of the bar in the east of the capital when the officer tells him that he risks being closed down as well as fined.

To no avail: “I’m not the prefect, I don’t decide, I simply file my report,” the policeman responds. 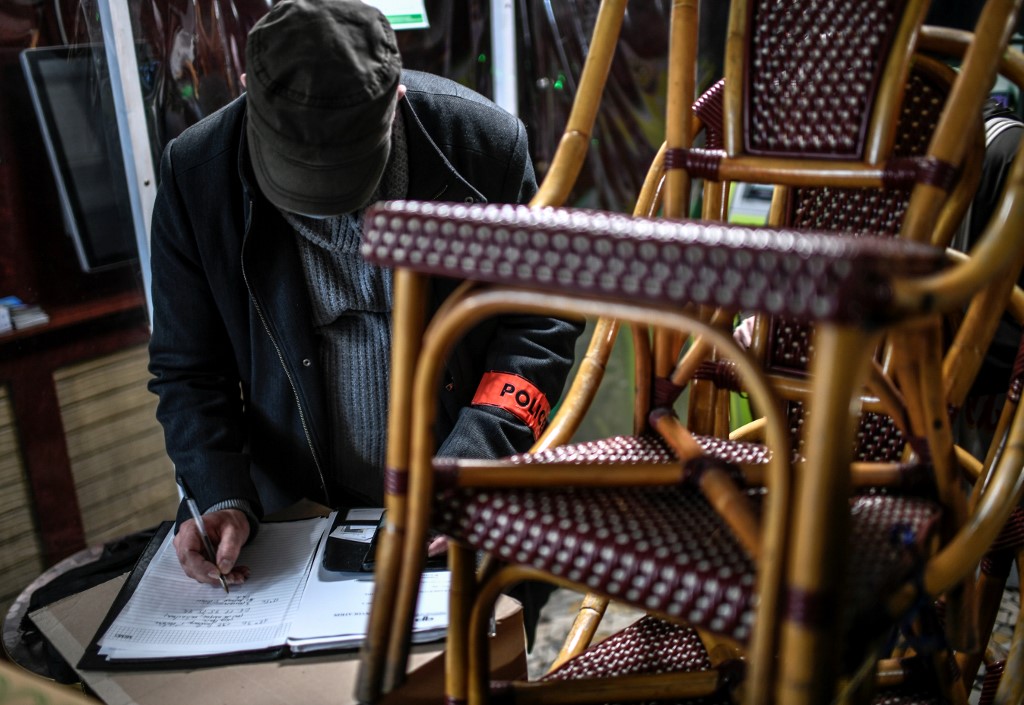 A Paris police officer writes a ticket inside a restaurant on February 3rd. Photo AFP

Once such an incident is reported, sanctions can follow quickly, sometimes the same day, or the next morning.

“It’s a tough job. I’m always on my clients’ backs, always telling them to wear masks. I enforce the law, but customers don’t like it,” the owner says from behind the bar fitted with sheets of plastic for protection.

But the officer is adamant: “You have to educate your clients. Here, you need to think of yourself as both a tobacconist and a policeman.”

The owner promises to post a large sign at the door saying “No more than three people at the same time.”

Over the past week, the French capital’s police have cracked down much more severely on establishments receiving customers that do not meet the health requirements.

“We’ve become much stricter. We don’t tolerate any violations,” said Romain Semedard, police chief for Paris’s 12th Arrondissement. “We used to hand out warnings. Now we close them down, usually for a week or two.”

At a kebab takeaway nearby, police caught a staff member with a face mask tucked under his nose instead of covering it, and fined him €135 on the spot.

A tobacconist failing to advertise the maximum number of clients allowed was fined the previous day. 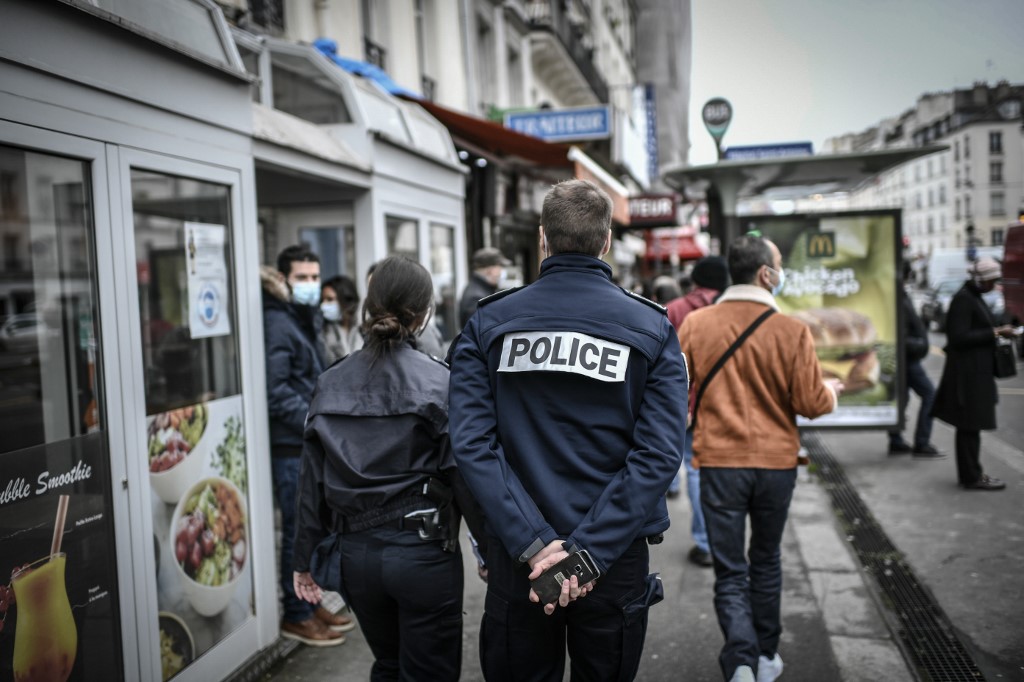 ‘A question of fairness’

And a corner grocer who was caught staying open beyond the 6pm curfew received notice to shutter the shop.

“That may seem harsh, but it’s a question of fairness towards those who abide by the rules,” Semedard said.

Inside a small Italian restaurant, an elderly lady was sitting at a table and a regular was leaning on the bar when the police arrived.

“They’re waiting for their takeout order and the lady needed to sit, is that allowed?” the anxious restaurant owner inquired when a patrol arrived.

“So long as they don’t eat or drink in here, everything is in order,” an officer replied.

Further down the street, the patrol inspected the cellar of a restaurant for signs of any recent illegal gathering, but they found only stacks of tables and chairs stored away awaiting better days.

Elsewhere in Paris, police discovered 24 restaurants opening illegally last week alone, and shut them all down for two weeks.

Authorities have also been making good on a threat by Economy Minister Bruno Le Maire, who said that restaurants violating Covid rules would lose access to emergency government funding for a month at first, and indefinitely if they are caught again.