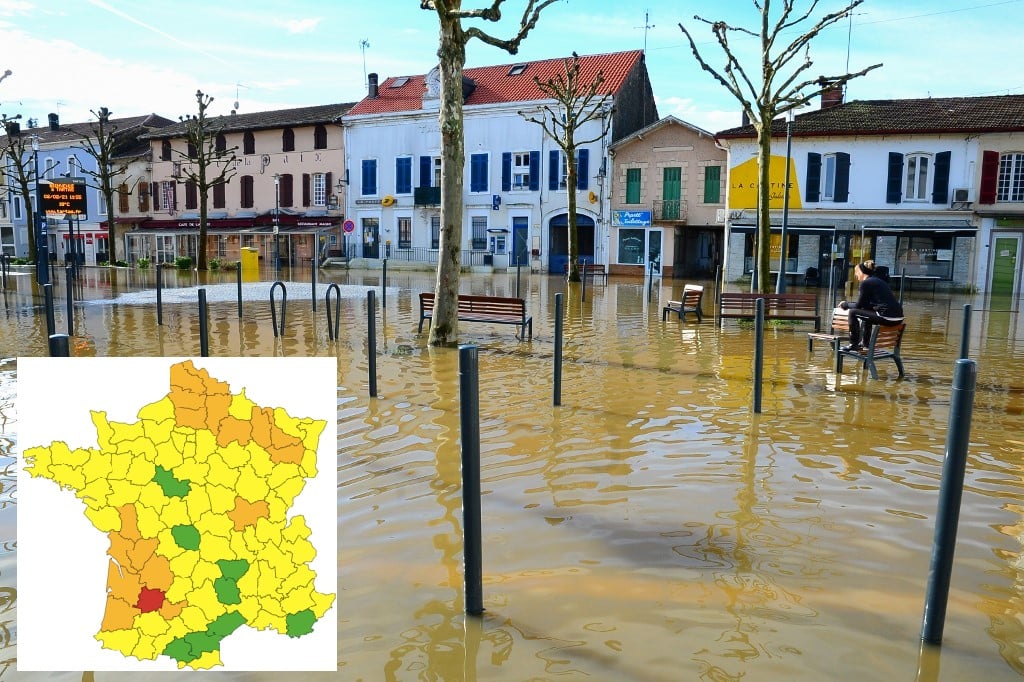 A woman on a bench in the flooded town of Tartas, south west France on February 2nd. Photo: AFP

According to France's weather agency Météo France, some 18 départements were on the second highest alert level (orange) for flooding on Thursday morning and the Lot-et-Garonne département in the south west was on red alert – the highest warning level.

The Garonne river that passes through the southwestern département of Lot-et-Garonne, was at risk of “major flooding”, according to the national weather forecaster.

Météo France also warned of “important flooding in the rest of the south west, the north and the north east of the country”.

Orange alert means the risk of flooding is very high, potentially dangerous and with detrimental impact on daily life for the areas concerned, and that people should be careful when leaving their home. 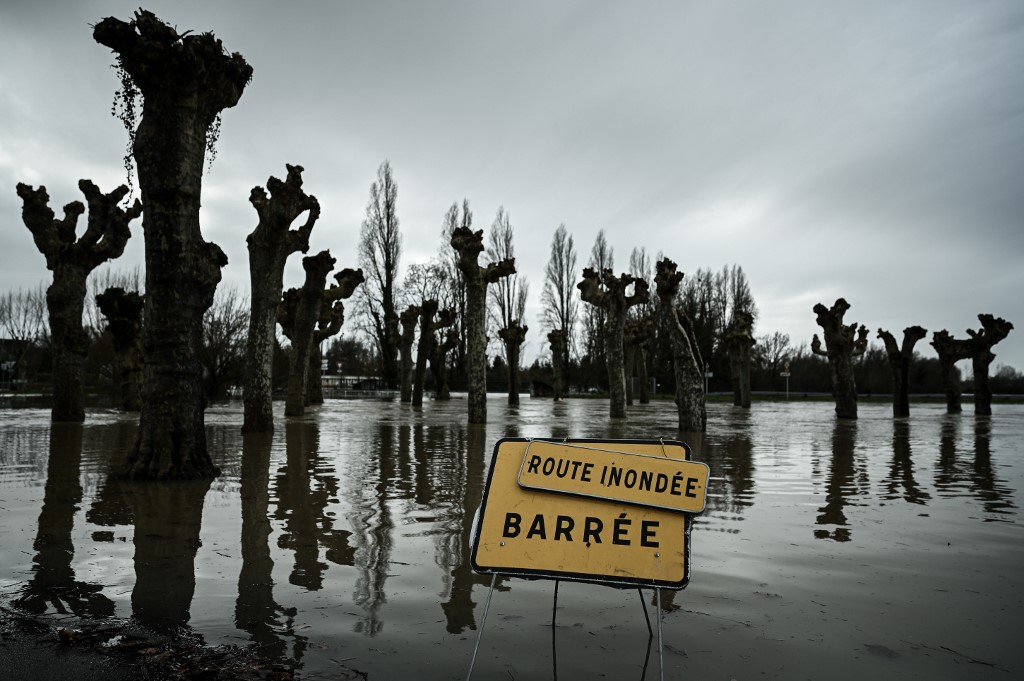 France has been plagued by bad weather and heavy rain all week, which has seen rivers burst their banks in several parts of the country, blocking roads and flooding houses in some areas. 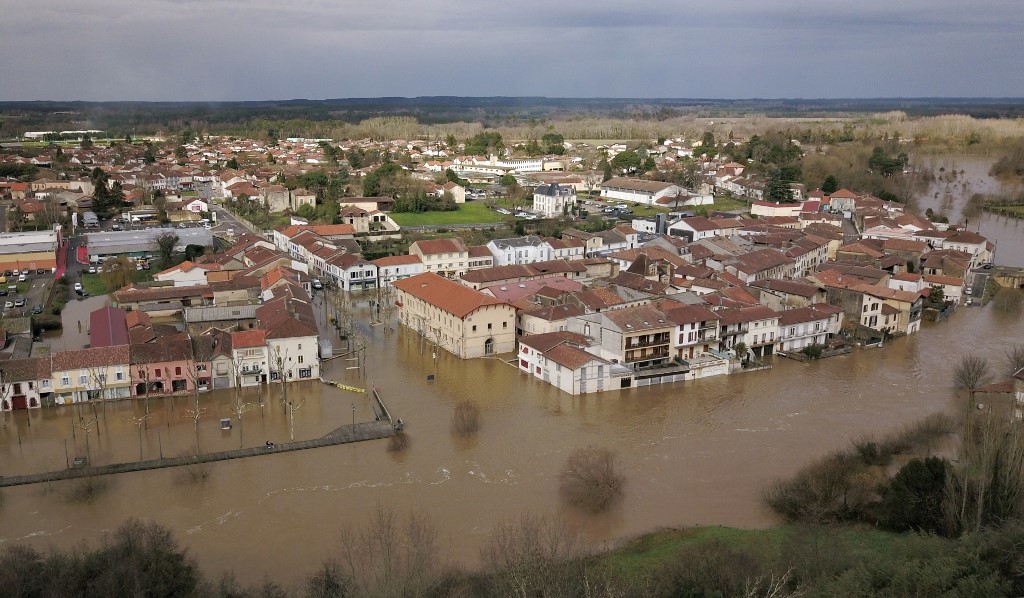 The town of Tartas in Landes, south west France, on February 2nd after the river of Midouze overflowed following torrential rain. Photo: AFP

In Paris, the Seine river overflowed after days of torrential rain, submerging the river banks that are normally walkways, cycle tracks and home to pop-up bars and coffee stalls.

But the worst-hit areas were smaller towns in the south west, where rail lines were cut off and streets and homes filled with water. In the département of Landes, firefighters intervened in several towns earlier this week to provide emergency help to the population affected by the flooding. 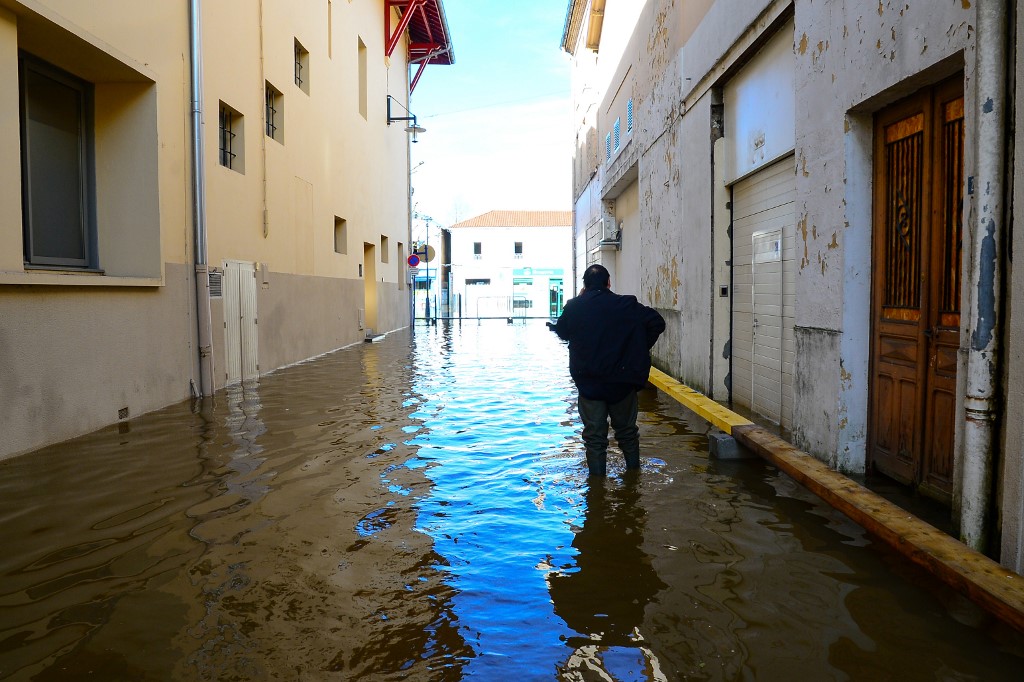 The floded streets of Tartas this week. Photo: AFP

Over the weekend a 70-year-old man died in the northern region of Hauts-de-France after he went out to watch the river Sambre and was caught off guard by the rising waters, according to French media.

The weather should improve in the coming days, according to Météo France.