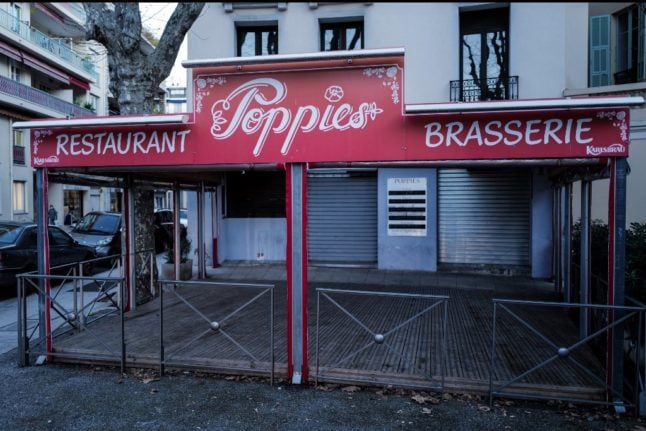 Christophe Wilson, 50, opened his restaurant Poppies in Nice on the Mediterranean coast on Wednesday for around 100 people who dropped their face masks to enjoy a Provencal stew and other specialities.

“When I see Carrefour or Prima and all these multinationals where hundreds of people are massed together, I can no longer accept it,” he told journalists during the opening, referring to major French shopping chains which are largely operating as normal.

“I have to pay my employees, support my family and welcome my clients,” he said.

Franck Lacaille, a 35-year-old chef at a restaurant in nearby Draguignan, joined the lunch in a show of solidarity.

“We came to support Christophe in his act of joyful disobedience,” he said.

“There's nothing violent about it, we just want to recover a sense of fraternity.”

Police officers watched the gathering but did not intervene until a few hours later, when Wilson was detained for questioning.

The Nice public prosecutor later said one of Wilson's cooks had also been detained because he lacked proper residency papers.

The hashtag #LiberezChristophe (Free Christophe) trended on Twitter as supporters urged his release and expressed anger at his treatment.

But authorities warned they were working to identify diners who took part in the lunch, who would face fined.

The Nice département of Alpes-Maritime has one of the highest rates of the virus in France and hospitals in the city have been forced to transfer intensive care patients out of the region because local health services are under such pressure.

France's health minister Olivier Véran, speaking on Thursday, said that new measures are needed to prevent an 'epidemic within an epidemic' of new and more contagious Covid variants.

The current nationwide 6pm-6am curfew had been, he said, “useful but probably not enough”.

An announcement on new restrictions is expected in the next few days.