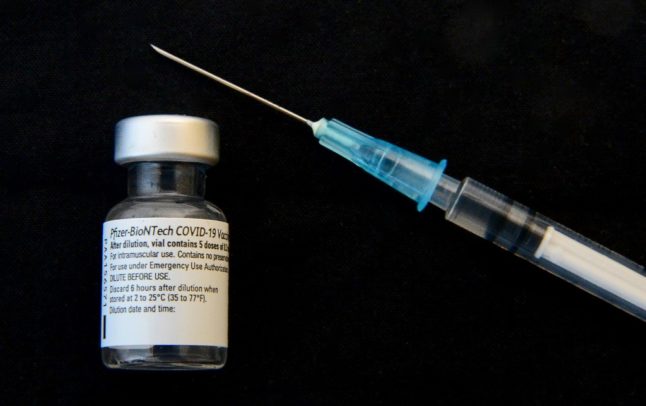 Sanofi's own vaccine will not be ready for months, so it will instead manufacture extra doses of the Pfizer vaccine. Photo: AFP

Sanofi announced on Tuesday that it will use its factory in Frankfurt, Germany, for a rare act of cooperation in an industry usually marked by cut-throat competition.

After its own vaccine candidate based on an existing flu jab failed to produce results in December, the group began looking at how it could work with competitors, head of Sanofi France Olivier Bogillot said.

“We looked at how we could show solidarity,” he told RTL radio, adding: “When you look at the technological and industrial capacities of Sanofi, our expertise, I'm very proud that Sanofi has made this choice.”

The jabs would be ready from the middle of the year and be distributed in the European Union, he said.

The group has been fiercely criticised by some politicians in France over planned job cuts, while others have expressed dismay over the country's failure to produce its own Covid-19 vaccine.

The Paris-based Pasteur Institute announced on Monday that its vaccine candidate based on a measles jab had also been abandoned.

Bogillot said that talk of France's scientific “decline” was overblown and that Sanofi was continuing to develop another two vaccine candidates.

“There are 200 to 250 groups of researchers working on a vaccine and there were maybe 300 at the start. Around 10 percent of them will manage to produce a vaccine,” he explained.

“Sanofi will be among this 10 percent and maybe we'll have two.

Bogillot also said that the European Union had fallen behind the United States, China and neighbour Britain.

“Europe has fallen behind on life sciences. This crisis shows how life sciences, biology and biotechnology are a strategic sector,” he said.

“We need more public and private investment… France has everything going for it to succeed.”