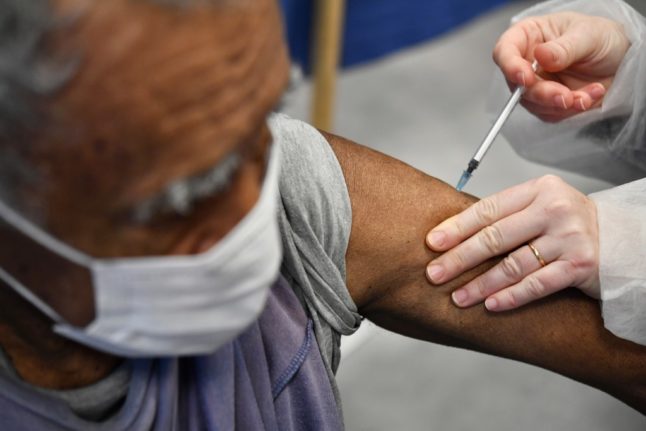 France has sped up its vaccination programme and reached its set goal of 1 million vaccinated persons one week earlier than planned. Photo: AFP

The partners announced a tie-up last May to develop a injection based on an existing measles vaccine, which was put into Phase 1 clinical trials in August.

“In these first human trials, the prospective vaccine was well tolerated but produced immune responses that were inferior to those observed in people who had recovered naturally and to those observed in the authorised vaccines,” a statement from Pasteur Institute said.

While the Pasteur vaccine was never included in the French government's vaccination plan and its failure will therefore not impact the pace of the programme, the announcement dealt a further blow for hopes of a French-led vaccine.

It followed recent news that leading national pharmaceutical company Sanofi is also struggling to bring its vaccine candidate to market.

Sanofi announced in December that its injection would be ready by the end of 2021 at best, and the group is now being encouraged by the government to help produce rival vaccines that have already been authorised for use in Europe.

These include products from German-American tie-up BioNTech/Pfizer and US pharma group Moderna.

France has sped up its vaccination programme since it came off to a sluggish start in late December, and reached its goal of 1 million individuals vaccinated by the end of January one week early.

OPINION: Is France's Covid-19 vaccine programme a disaster? Not any more

But keeping this pace will depend on vaccine producers delivering the doses as planned, and Pfizer has already announced distribution delays.

Britain has also authorised the use of a vaccine developed by the University of Oxford and AstraZeneca, which is being assessed by European Union regulators.

The Pasteur Institute, named after pioneering scientist Louis Pasteur who developed a rabies vaccine in 1885, said it was working on two other Covid-19 vaccines which are not yet ready for clinical trials.

The decision to abandon the Covid vaccine based on a measles injection “does not have any impact on the continuation of research by the Pasteur Institute into two other vaccine candidates which use different methodologies”, it said.