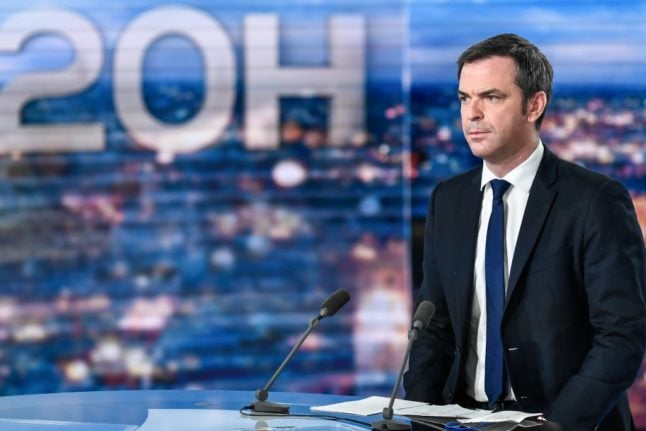 After being widely criticised for the very sluggish start to its Covid-19 vaccination programme, France has picked up the pace in recent weeks.

Its initial target was to have vaccinated 1 million people by the end of January. On Thursday 823,567 people had received the injection so that target is set to be hit by Saturday.

Health Minister Olivier Véran, speaking on TF1's evening news show, has laid out a revised timetable for vaccinations that would see 70 million people vaccinated by the end of August – the population of France is 67,422,421 so that would mean everyone who wanted the vaccine would have had it by the end of the summer.

However he stressed that this timetable is dependant on the delivery of vaccines as promised.

“All French people will be vaccinated by the end of August,” told TF1 “on condition that we have the vaccines (…) if they are tested and effective.”

France is part of the EU vaccine-buying scheme in which vaccine doses are allocated to countries based on their populations.

It has been receiving 500,000 doses of the Pfizer vaccine per week, with that scheduled to increase to 1 million a week in March. The Moderna vaccine has also started to arrive in France and the Oxford Astra Zeneca is set to follow subject to approval by the European Medicines Agency.

France is rolling out its vaccine programme in a strict order of priority for people at the highest risk of developing the most serious forms of the Covid virus.

At present those eligible to be vaccinated are; residents and staff at Ehpad nursing homes, healthcare workers over the age of 50, anyone over the age of 75 and people with serious health conditions such as cancer and transplant patients. The vaccine is open to anyone who lives in France, not just French citizens.

The next category is 65-74 year-olds which is expected to begin in February, although an exact date has not been set.

Véran said that 8 million people in the eligible categories had already booked appointments for the first dose of the vaccine, and it was expected that between 1.3 and 1.4 million people would be vaccinated by the end of January.

The high demand for vaccines among eligible groups has already lead to all appointments slots booking up in some areas.

Véran said that from next week there would be 500,000 new appointment slots available, but that areas that had high demand would also create waiting lists, rather than forcing people to keep calling or trying to book online.

He said: “I asked that by the weekend, we register your details and that we call you back when slots are available.”

The revised vaccination timetable is

The French government had been concerned about historically high levels of vaccine scepticism, with early polls indicating that only 40 percent of people intended to get the vaccine.

However demand seems high among the groups who are eligible so far and Véran said that 80 percent of eligible staff and residents in Ehpads have opted to receive the vaccine.

In total, 60 percent of the population needs to be vaccinated to achieve immunity and polls suggest that young people are more likely to be sceptical of vaccines, but more recent national polls have seen a decrease in scepticism with a majority of people now saying that they intend to be vaccinated.

Asked about 'vaccine passports' for access to travel of certain services, Véran said: “We are not there yet.

“It is a question that may arise in a few months, but we are at the start of the vaccination campaign.”