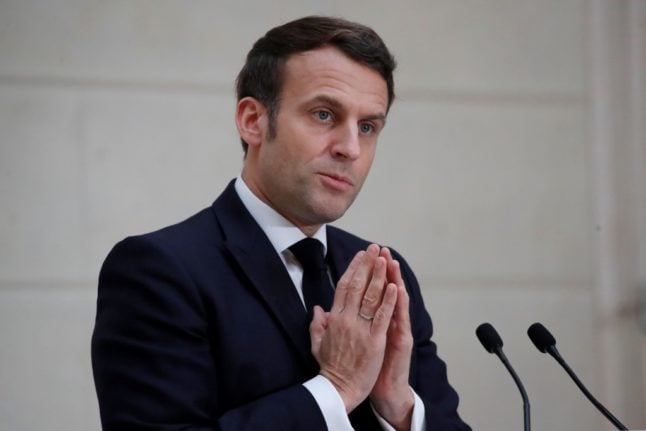 He called on Muslim organisations to negotiate and sign a charter accepting the principles of secularism, democracy and the rule of law. He called for the creation of an “Islam de France”.

He also admitted – crucially – that France had created its own “separatism” by dumping poorer people in suburban ghettoes with few jobs and poor housing.

Much blood and many angry words have been spilled since then. A history teacher, Samuel Paty, was beheaded outside his school in the western suburbs of Paris after using Charlie Hebdo cartoons of Mohammed to invite adolescents to think about secularity, tolerance and free speech. Three people were murdered in an Islamist terrorist attack on a church in Nice.

Macron – and France as a whole – came under a sustained and often ignorant attack in parts of the US media and parts of the Muslim world.

READ ALSO No, France is not planning a 'register of Muslim children' 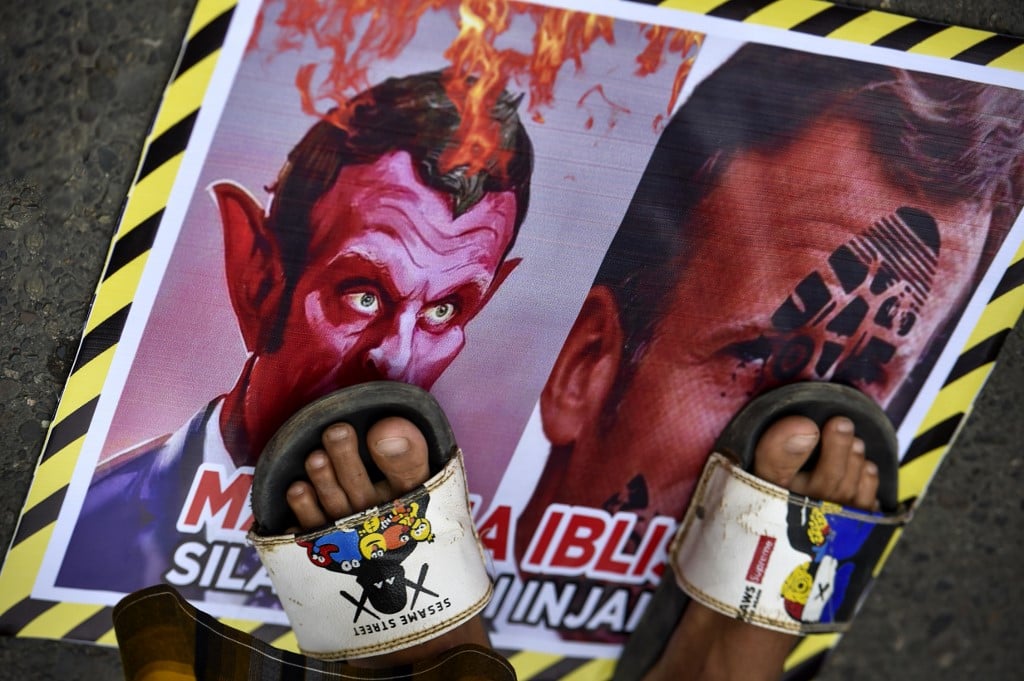 France, and Macron personally, has come under attack for his proposals. Photo: AFP

The French principle of laicité (secularism) – all religions are allowed; none is favoured; the state is strictly secular – was dismissed as a cover for widespread discrimination, racism and islamophobia.

Macron’s proposed new law has also been attacked within France. Some politicians on the Left said that it was anti-Muslim and authoritarian. Some on the Right (and in the centre) said that it was inadequate. They called for more draconian measures, such as a ban on all Muslim head-scarves in public places.

Even moderate critics said that Macron was trying to impose a tame “French Islam”. They said that Nicolas Sarkozy had already tried that and failed. France’s disparate Muslim organisations would never be able to agree a single charter on the supremacy of secular law.

Two things have happened this week which advance Macron’s ambitions and pull the rug from under some of the criticism. How far the rug has been pulled remains to be seen.

The main French consultative body, the Conseil français du culte musulman (CFCM), representing nine broad streams of Islam, agreed on Monday an eight page “charter on principles” for l’islam de France. I have left that last phrase in French because the translation into English is crucial and hazardous.

Does it mean a “French Islam” or an “Islam for France” or just “Islam in France”. Critics and supporters will translate or interpret the words in different ways.

The charter commits its signatories to “combat the use of Islam for political ends”. It rejects “all discrimination based on religion, gender, sexual orientation or ethnicity”. With a glance at the Turkish and Pakistani leaders as well as the US media, it dismisses as “defamatory” all “attacks on an alleged state racism” in France .

Crucially, the CFCM has agreed for the first time to set up a “Conseil national des imams”, which will certify Islamic preachers and withdraw their certificates if they break the terms of the charter

The second development this week is that Macron’s proposed law against separatism – now called “law strengthening respect for Republican principles” – has been presented to a special committee of the National Assembly. It will be debated by the assembly proper from February 1st.

READ ALSO What is contained in France's proposed anti-separatism law?

Over 1,700 amendments have been tabled – many of which seek to impose the kind of draconian, and arguably anti-Muslim, measures which Macron rejected.

They include a proposal, supported by some pro-Macron deputies, to ban the wearing of hijabs or head-scarves by little girls. They also include attempts by centre-right deputies to ban the headscarf in all publicly-owned buildings, such as universities or hospitals, and on all public transport.

All these amendments are likely to be rejected in advance or defeated in the assembly. Attempts will be made to reintroduce them in the Senate. No doubt the inevitable arguments will be misrepresented by some as a “France attacks Islam”.

What does the proposed law do? Although the words Islam or Muslim never appear, the draft law has been drawn up – with the help of moderate Muslim leaders – to try to check the growing influence of fundamentalist, Islamist groups in France.

Parents who wish to home-school their children after the age of 3 would have to convince authorities they have a good educational reason for doing so “in the interests of the child”. Local councils would be banned from agreeing to religious-based demands, such as female-only opening hours for swimming pools.

There are rules to try to prevent radical minorities from taking over places of worship or foreign governments from controlling them financially. People convicted of supporting terrorism would be banned from leading religious organisations for 10 years.

There are also clauses strengthening protections against forced marriages and forbidding certificates of virginity. There is also a section – inserted after Mr Paty’s beheading – which introduce new penalties for combatting the spreading of hatred online.

Some aspects of the law are clumsy. Others – such as the clauses on online hatred – should have been dealt with separately. But nothing in the draft law as it stands can be fairly described as anti-Muslim.

The law offers some protection against extremist forms of Islam. That will benefit France as a whole. It will especially help the great bulk of law-abiding French Muslims who wish to practise their faith without being bullied by religious extremists (or the French far right).

Many questions remain. If state and religion are strictly separate in France, how can the state pass laws on religions?

Macron argues that the law does not tell people what they should believe or how to organise their religions. It sets limits on how far religion can invade “secular” society and interfere with democratic freedoms.

What of Macron’s promise to do great things to reduce the “separation” of Muslims and other Minorities by job and housing discrimination? That promise has not been forgotten, the government says. Formal proposals will be made in the next few weeks.

Here is another unresolved question. How representative is the Conseil français du culte musulman, which drew up the new “charter on principles”?

These are weaknesses – maybe fatal weaknesses. But for the first time a great swathe of moderate Muslim opinion in France has agreed rules and principles of religious freedom and tolerance within which it can work and defend itself.

Does that make it a tame and discredited “French Islam”, as radical critics claim?

Or a peaceful and constructive “Islam in France”, which will be better able to resist the violent, extremist teaching encouraged from abroad?