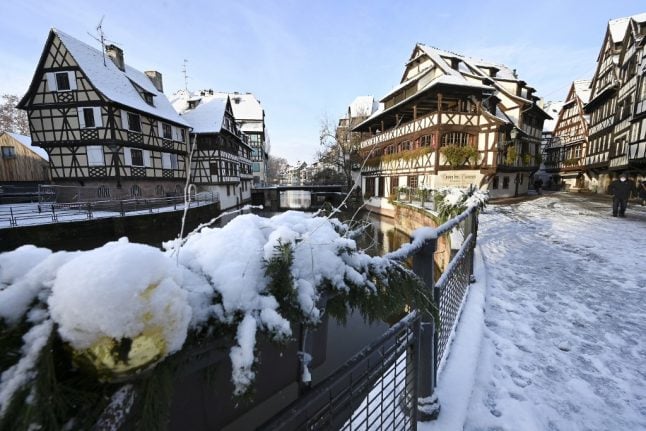 Snow-covered streets in Strasbourg on Friday. All photos: AFP

Up to 25cm of snow fell in some areas – although most places saw considerably less than this – in heavy falls on Thursday night and early on Friday morning.

The border region of Alsace saw the most snow, with towns including Strasbourg and Mulhouse blanketed in white.

A wider areas of northern France including Paris is forecast to get light snow over the weekend. 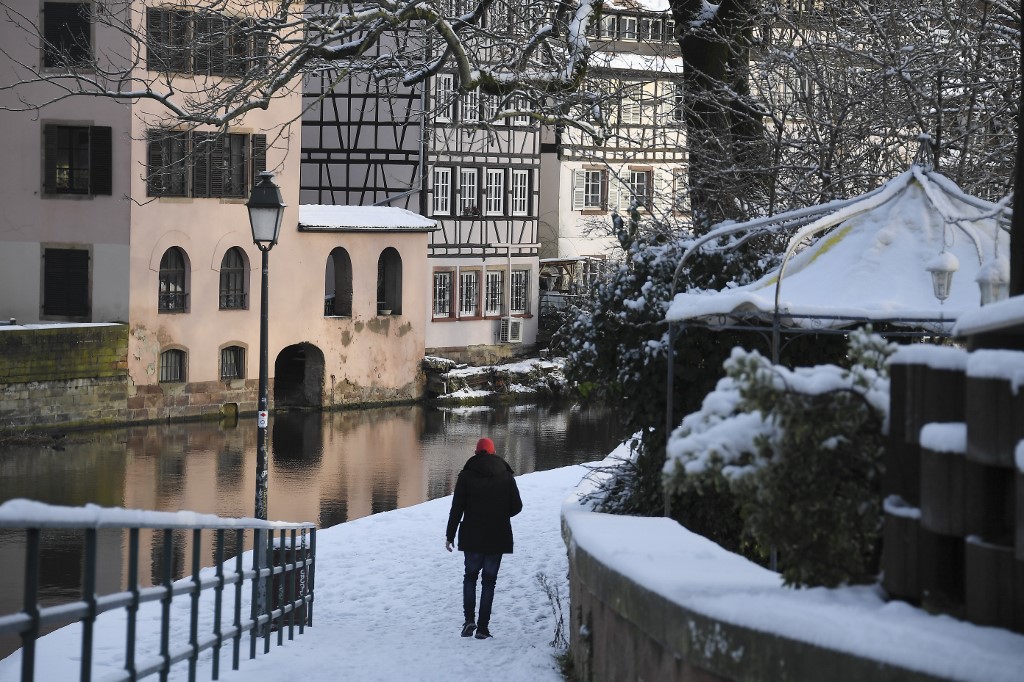 A man walks through the snowy streets of Stasbourg 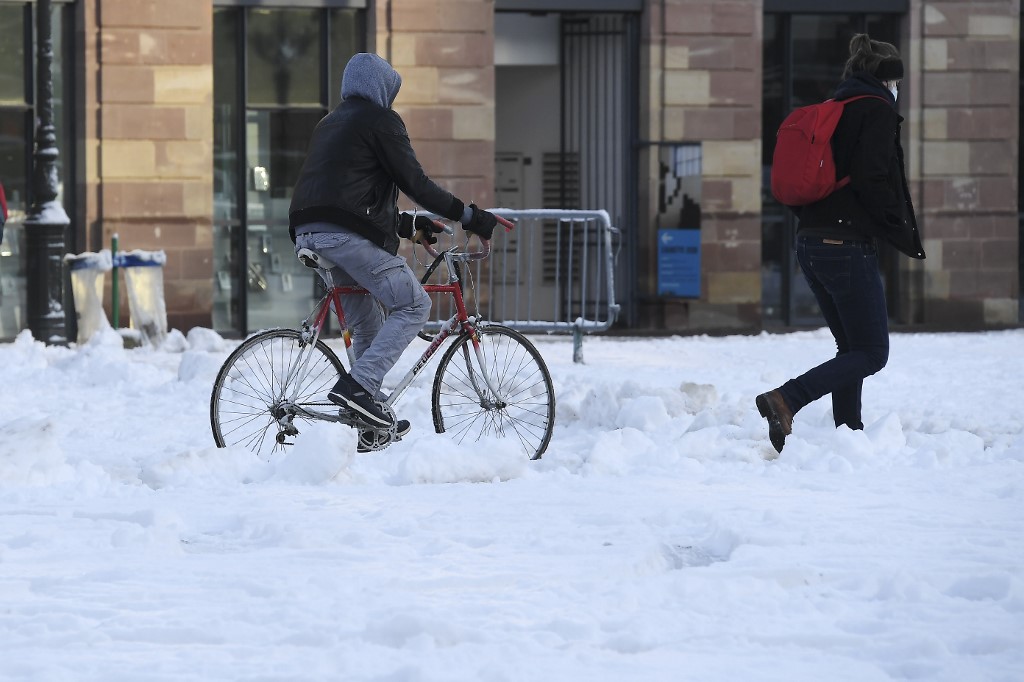 This enterprising cyclist is not deterred by the snow in Strasbourg 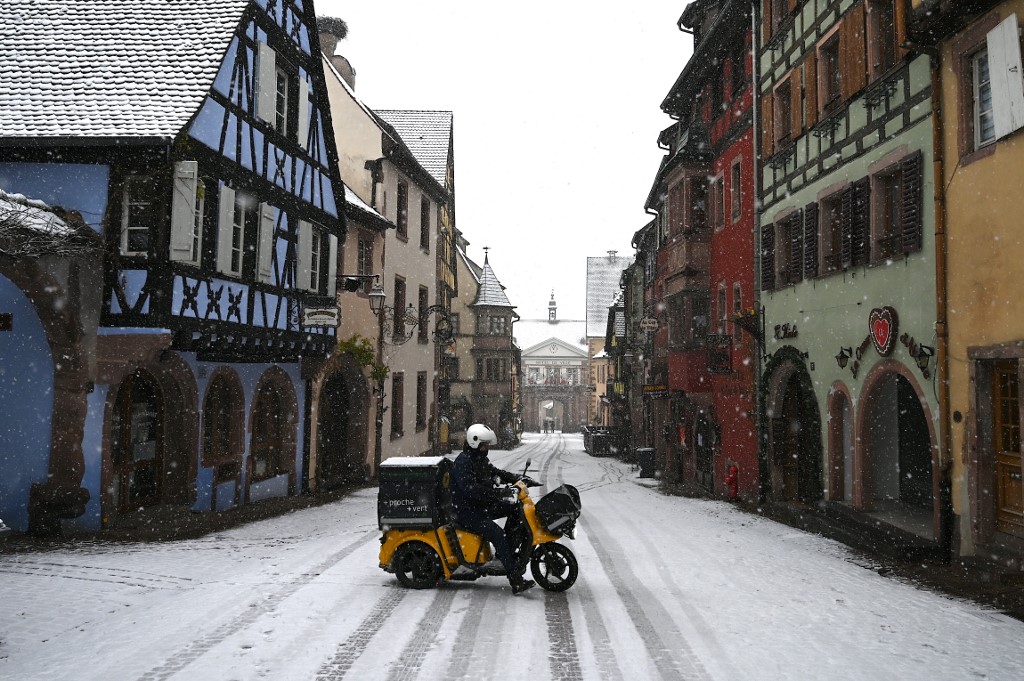 The Alsace village of Riquewihr seen through falling snow 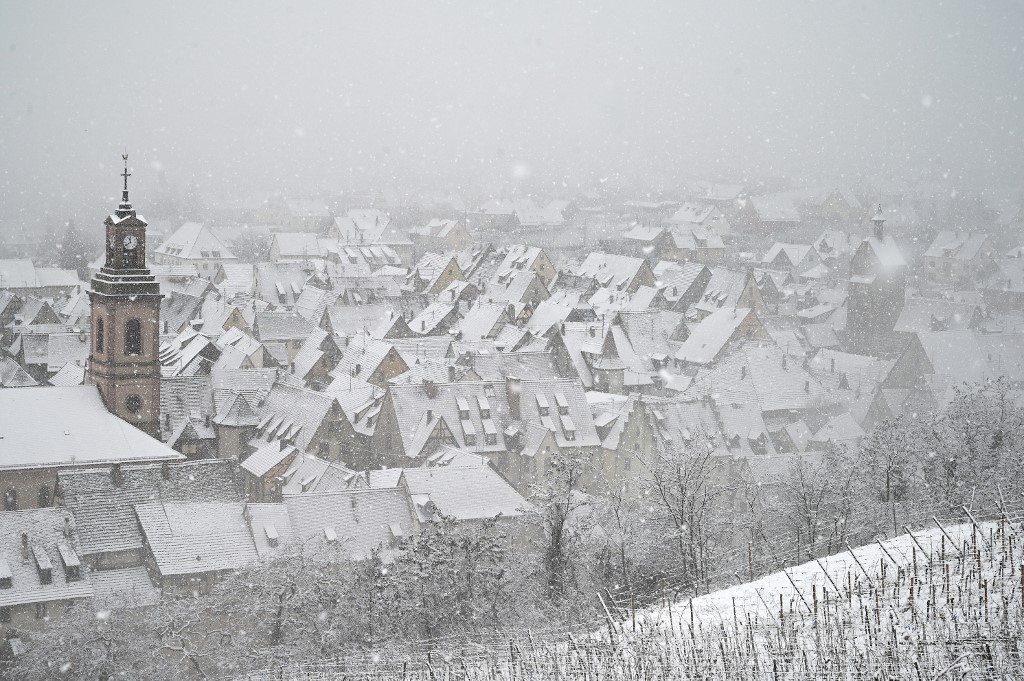 Riquewihr and its vineyard dusted in snow 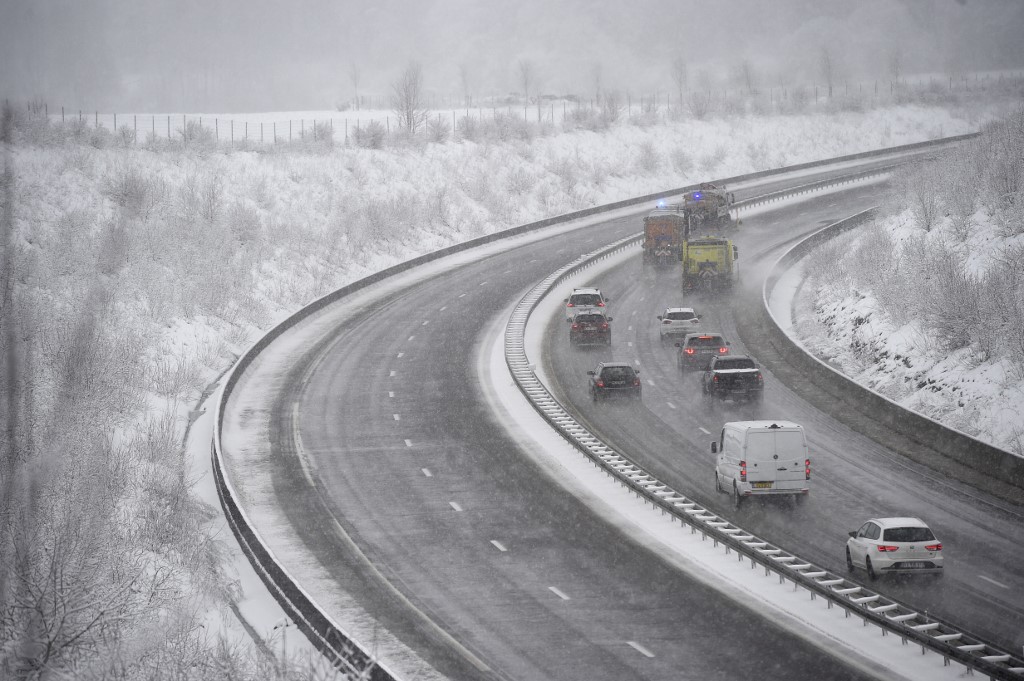 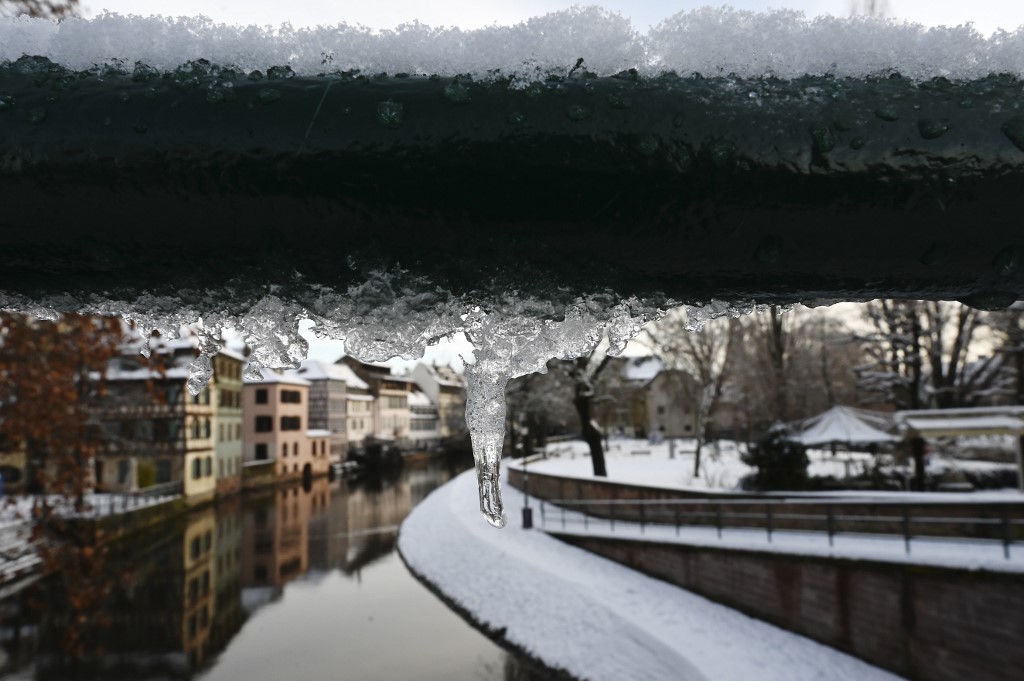 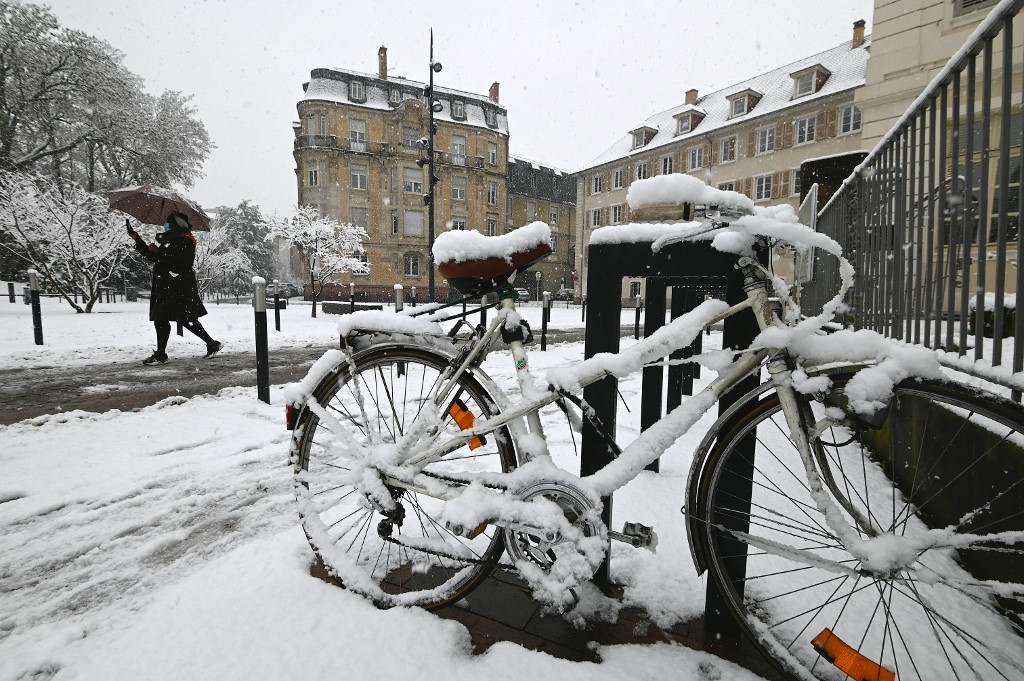 The border town of Mulhouse with thick snow 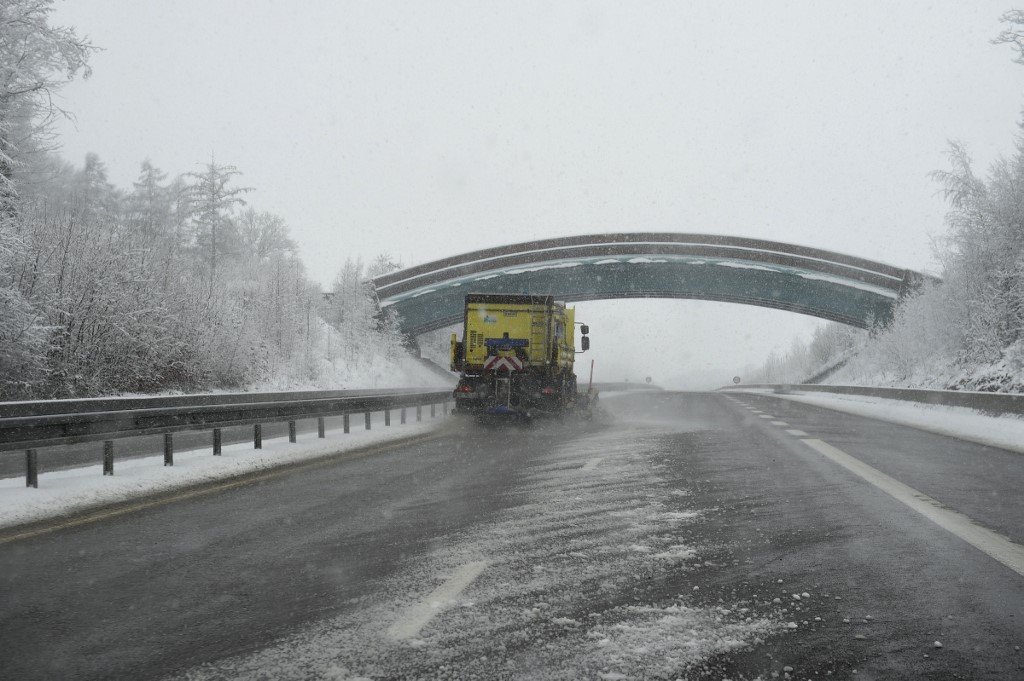 Snow ploughs were out near Angervillers 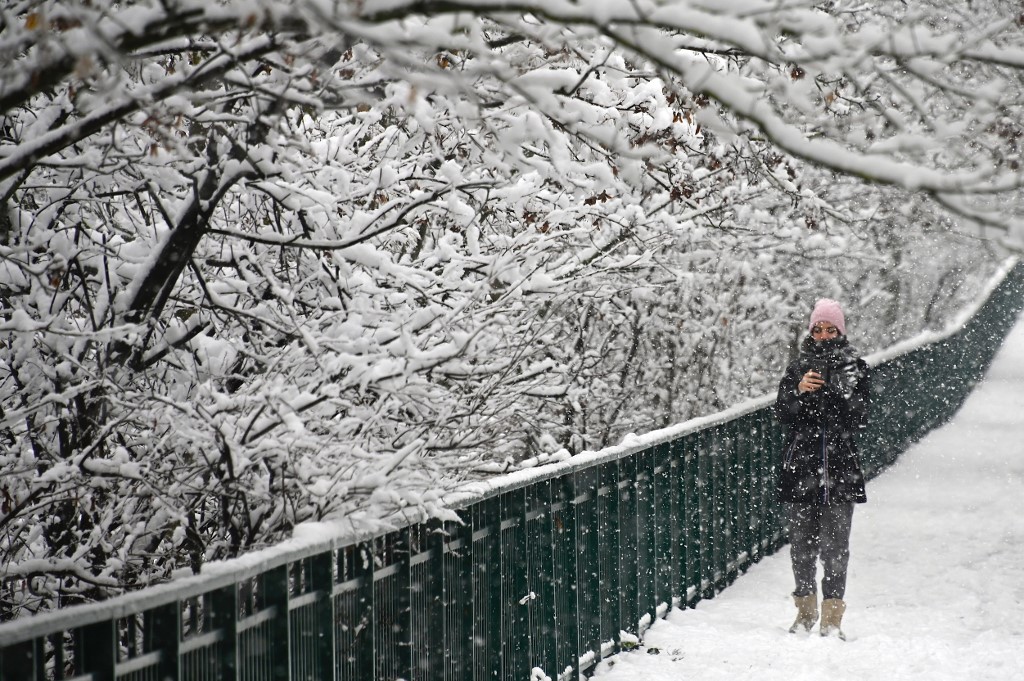 A woman photographs the snow-covered trees in Mulhouse 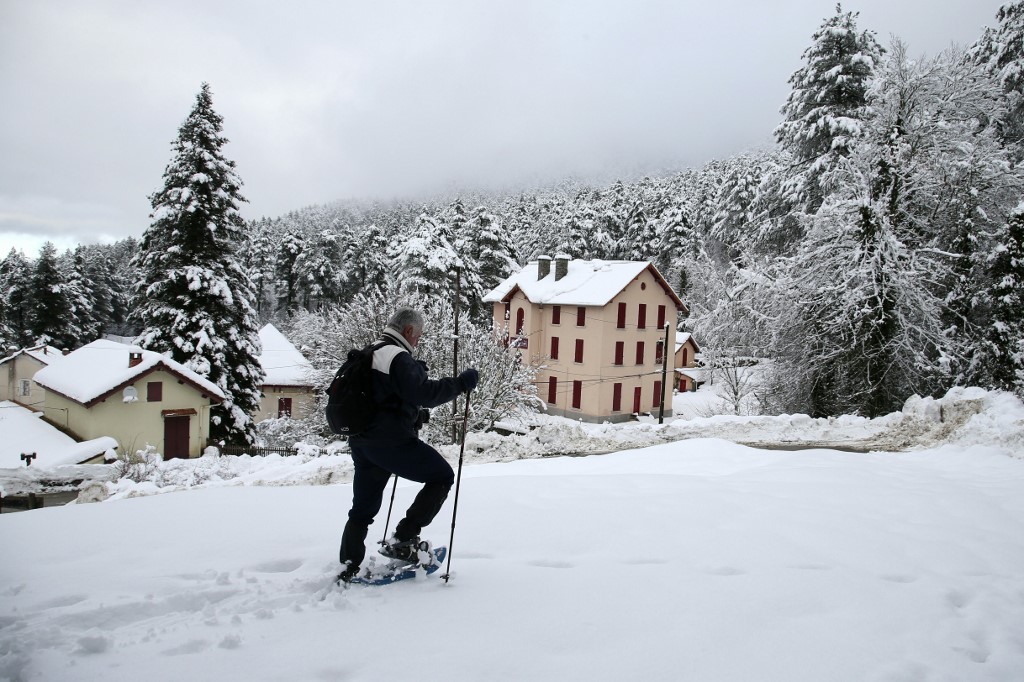