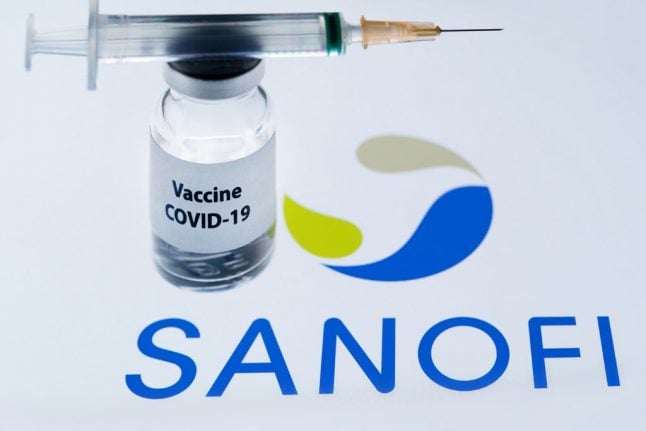 Sanofi's own vaccine will not be ready for months, but it could help produce other vaccines. Photo: AFP

Industry Minister Agnes Pannier-Runacher told Radio Classique that vaccines developed by BioNTech, which partners with Pfizer, and Janssen, owned by Johnson and Johnson, were the most likely choices for Sanofi to lend a helping hand.

The world has been scrambling to develop and produce enough anti-Covid vaccines, with innoculation drives hampered by limited stocks of doses and logistical constraints.

France had high hopes that its national champion Sanofi would contribute to a first wave of coronavirus inoculations, but the company's vaccine will not be ready before the end of the year.

Pannier-Runacher said she had therefore begun talks with Sanofi to act as a sub-contractor for other firms while it completed its own Covid jabs.

“We are looking at this together with them,” she said, “and they are examining with BioNTech on the one hand and Janssen on the other whether it would be possible.”

Sanofi itself told AFP that it was evaluating “the technical feasibility of temporarily carrying out some production stages to support other makers of Covid-19 vaccines,” without naming either BioNTech or Janssen.

Talks were still “at a very preliminary stage,” it said.

Pannier-Runacher said the main question was whether Sanofi had the spare capacity to make the doses in three to five months, with active ingredients adding another a few months, in a process “that usually takes 12 to 18 months.”

The minister rejected criticism of Sanofi's tardiness in developing its vaccine, saying the company was only “three months late” compared to its July target, and that its performance was still “extraordinary.”

Delpharm, a French sub-contractor for the pharmaceutical industry, said in November that it would produce the BioNTech/Pfizer vaccine in its factory in northwestern France.

Government spokesman Gabriel Attal said Friday that any vaccines produced in France would be part of the total number of doses ordered by the European Union, and distributed in France as part of the national quota negotiated between EU members.