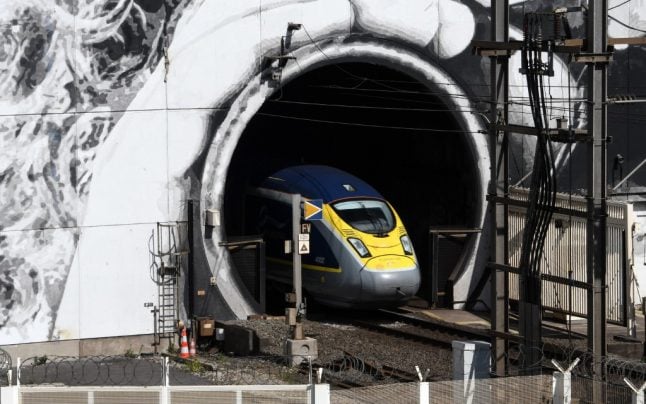 Until recently a symbol of easy high-speed rail travel in Europe, Eurostar has been crippled by the coronavirus crisis, with its special platforms and facilities in Paris, London and Brussels now eerily quiet.

The group is currently running just one service a day between Paris and London, a far cry from the time before Covid-19 when it would operate two trains an hour during peak times.

“The company is in a critical state, I'd even say very critical,” added Fanichet, who heads SNCF Voyageurs, the passenger unit of the network.

He said the Eurostar's passenger numbers were down 85 percent in 2020 from the year earlier and that the group was now “on a drip” in need of extra cash to prevent it from collapsing.

All the while, travel restrictions keep getting tighter, with France announcing on Thursday that arrivals from Britain will need to observe a seven-day quarantine and undertake a PCR test at the end.

Britain already has a quarantine system in place.

READ ALSO UK travel ban – who can travel to France and what documents do they need?

Fanichet explained that the problem for the London-based group was that it was seen as French by the British government and as British by the French, meaning it had been difficult to secure bail-out cash.

“Given the passenger numbers, it's a group that has been hit more than airlines,” he said.

It was currently negotiating a government loan in Britain and could be further recapitalised via its shareholders.

In November, Eurostar chief executive Jacques Damas wrote that there was a “risk that this iconic service will be left to fail, threatening jobs, connectivity and reversing the progress to reduce travel emissions.”

Writing for the Independent newspaper, he said that €200 million had been already secured from its shareholders, but he called for more help from the British government.

Eurostar had been gradually expanding its services, with new lines opened up from London to Amsterdam, the Alps, the south of France and other destinations in recent years in addition to the regular lines between Paris and Brussels.