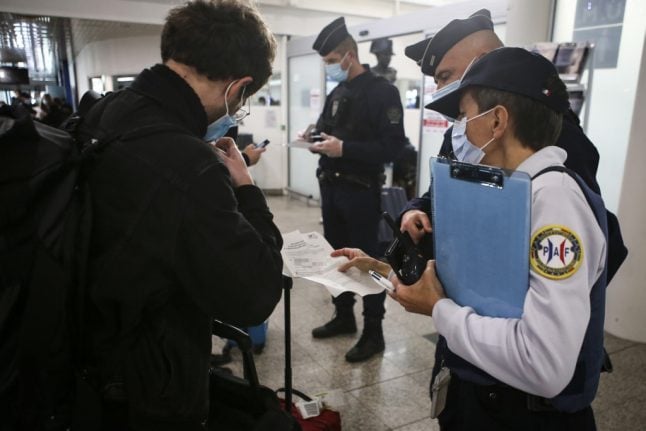 In a press conference on Thursday French PM Jean Castex announced that a 6pm nighttime curfew would be extended throughout the country to stem rising Covid-19 rates.

The PM also announced that the rules for entering France would be tightened in a bid to prevent new more contagious variants of Covid-19 that have wreaked havoc in other countries such as the UK from spreading in France.

Castex announced that anyone arriving from a non-EU country would need to present a negative coronavirus test undertaken within the previous 72 hours to gain entry into France.

Travellers from outside the EU would then have to declare “on their honour” that they will self-isolate for seven days once they arrive in France and then undergo a second PCR test.

The self-isolation can take place at home.

“We are going to strengthen border control,” said the PM. “As of Monday (January 18th) all travellers coming to France from outside the European Union will have to take a test before leaving.

“Those concerned will then have to isolate for seven days and do a second PCR test at the end of this period.”

The UK, which left the EU at the end of the transition period on December 31st, is understood to be included by the new restrictions.

The premier minister also announced that certain countries within the EU which were suffering a steep surge in infections “such as Denmark and Ireland” would also be subject to extra border restrictions, without spelling out what these would be or when they would start.

Caste said “ministers will work on a coordination framework for the European Council on January 21st, to provide exceptions for cross-border workers and road hauliers.”

Cross-border workers and other “essential” workers entering France would be exempt from the requirement to isolate, the PM said.

France closed its border with Britain on December 20th due to the emergence of the new variant. It will remain partially closed until further notice.

At present only certain groups of people are allowed into France from the UK – French or European citizens, those who live in France or another EU country and essential workers – and everyone must present a negative Covid-19 test at the border.

Between 1 and 1.5 percent of new cases in France are the “variant anglais”, the French Health Minister Olivier Veran said on Thursday, which equates to around 200 to 300 cases each day.

Since April travel to France and the rest of the EU has also been heavily restricted from non-EU countries, with only essential trips allowed such as residents of France returning home.