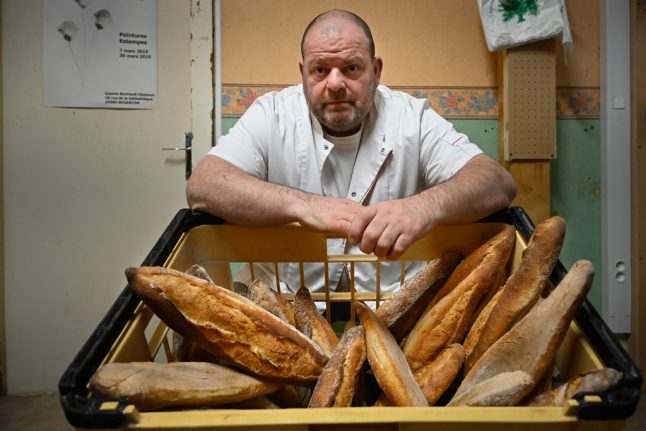 Baker Stephane Ravacley had been on hunger strike. Photo: AFP

“Laye has got his papers and he's resuming work on Tuesday!” said baker Stephane Ravacley, who had been on hunger strike for over a week in protest over the threatened expulsion of his employee.

Ravacley has spent more than a year training Laye Fode Traore in the eastern town of Besancon since taking him on in September 2019 after he arrived in France as an unaccompanied minor.

But after he turned 18, the young Guinean was informed he faced being sent back to his homeland in West Africa.

The mayor of Besancon, Anne Vignot, wrote to Interior Minister Gérald Darmanin asking for him to be allowed to stay in France, saying in her letter that “the desire to expel this future baker is incomprehensible”.

Ravacley said he was informed by the regional préfecture that the appeal had been successful and said that the young man had “practically wept” on hearing the news.

“It's a great moment, a victory and now we will fight for the others (in the same situation),” the baker said.

In 2019, France deported around 24,000 people. Around 140,000 people were given refugee status, including 5,000 from Guinea, while 113,000 foreigners gained French nationality, according to figures from the French interior ministry.