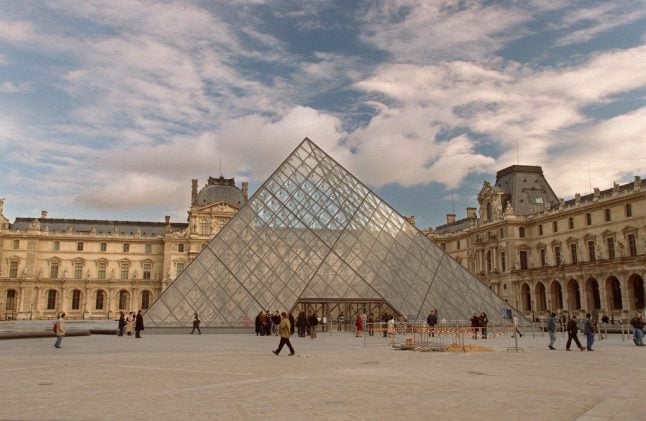 Shortly after its release, Lupin, a new French Netflix series set in Paris, shot to the top of viewers' lists across the world.

By starring French actor Omar Sy as the trickster Arsène Lupin, Netflix managed to turn a character first created in 1905 into an instant global blockbuster.

“Merci,” Sy tweeted to thank viewers in the United States, where Lupin became the number one most watched show on Netflix – a feat it also achieved in Belgium, Bresil, Morocco, Sweden, the Philippines, Vietnam, and the United Arab Emirates (as well as France).

Lupin might be the most remarkable French Netflix success, but it's not the first French series available on the streaming giant to make it big outside France.

Other examples include Marseille, a 2016 political potboiler series starring Gérard Dépardieu; Who Killed Little Gregory (Grégory), a 2019 mini documentary series digging into a decades-old murder in a French small-town; and Call My Agent (Dix Pour Cent), a drama series about the daily struggles of French movie star agents (for fans of this, a new series hits Netflix later in January).

“There have been a few solid successes in exporting French series,”  Lindsey Tramuta, an American writer and author based in Paris, told The Local.

Compared to series like Call My Agent and The Bureau (Le bureau des légendes), the successful French spy series produced by Canal +, “Lupin is certainly more Hollywood-esque in its treatment,” Tramuta said.

“It's resonating,” she added, “it’s the first French series to debut in Netflix’s top ten list.”

Netflix begun a charm offensive in France years ago, eager to tap into world of French television.

Through Lupin, the platform may have found the successful recipe for exporting French TV series. Tramuta explained the strong international success by its international promotion.

“Big budget; compelling escapist storyline; the popularity and growing name recognition of Omar Sy (who is terrific); and absolutely fantastic scenes of Paris old and new, including neighbourhoods rarely depicted in major productions with a global target audience,” she said.

the new netflix series LUPIN rules (LUPIN III and PERSONA 5 hive rise up). is omar sy the most charming man on earth?? maybe so!!! https://t.co/YPPEhqE4iI

Sy was already known internationally for his performance in Les Intouchables (The Untouchables), a French comedy drama about the disabled Philippe (François Cluzet) and his unlikely carer (Sy), which won several awards and became the second biggest box office hit in France.

Lesser known French stars have gained international fame through their performances in series available on Netflix.

Camille Cottin, who plays the ruthless and brilliant agent Andréa in Call My Agent!, later made the leap into major Hollywood roles, currently shooting a Stillwater, a film in which she costars with Matt Damon. 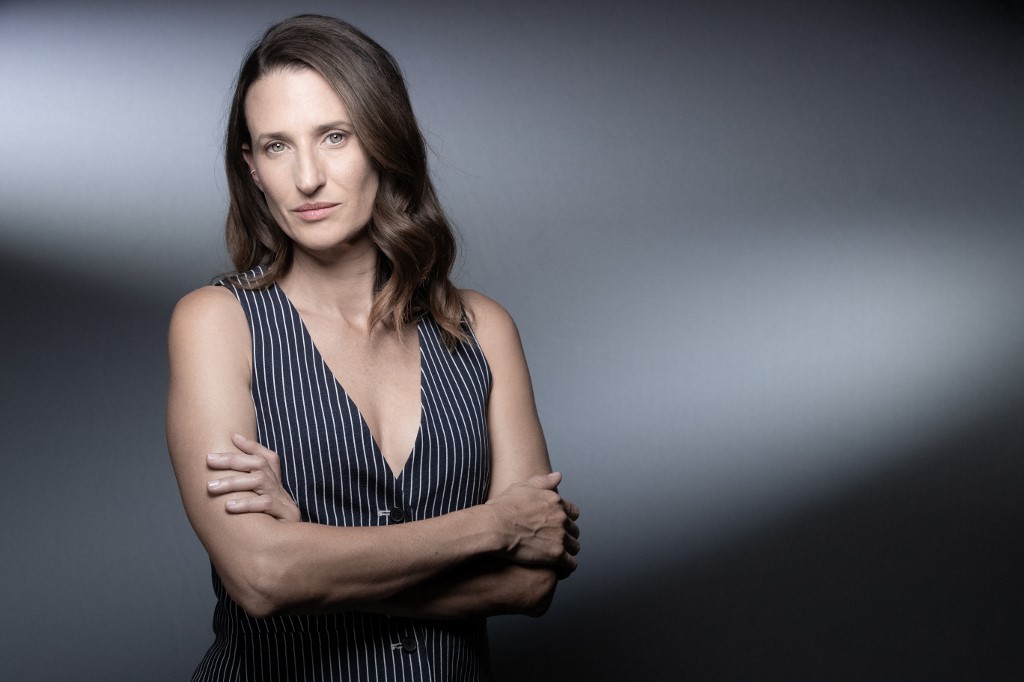 Playing to the stereotypes

Beyond their hefty budgets – which other producers struggle to match – Netflix's own French series have in common that they play into stereotypes about the France and the French.

“There is a desire to seduce an international audience with national stereotypes,” Marie-France Chambat-Houillon, a director of studies in communication and media at Paris’s Sorbonne-Nouvelle University, told The Local.

In the series Marseille, politicians are depicted as corrupt, coke-snorting backstabbers who have sex on balconies and fraternise with criminal gangs to gain power.

This is based on a common stereotype about Marseille that is neither new nor foreign.

But Nicolas Maisetti, a political researcher at the Gustave Eiffel University Paris-Est, previously told The Local that continuing to portray Marseille as a crime-ridden, mafia-infested city had harmful effects on the city itself.

With Netflix, that stereotype has gone global.

Another – perhaps even more glaring – example is Netflix's American production Emily in Paris.

In France, the series caused loud debates over what critics said were naive depictions of the French capital and taunt portrayals of its inhabitants. Yet the series was widely watched in France and became a big success abroad.

READ ALSO: 'Vile snobs': Why are the French so annoyed about Emily in Paris? 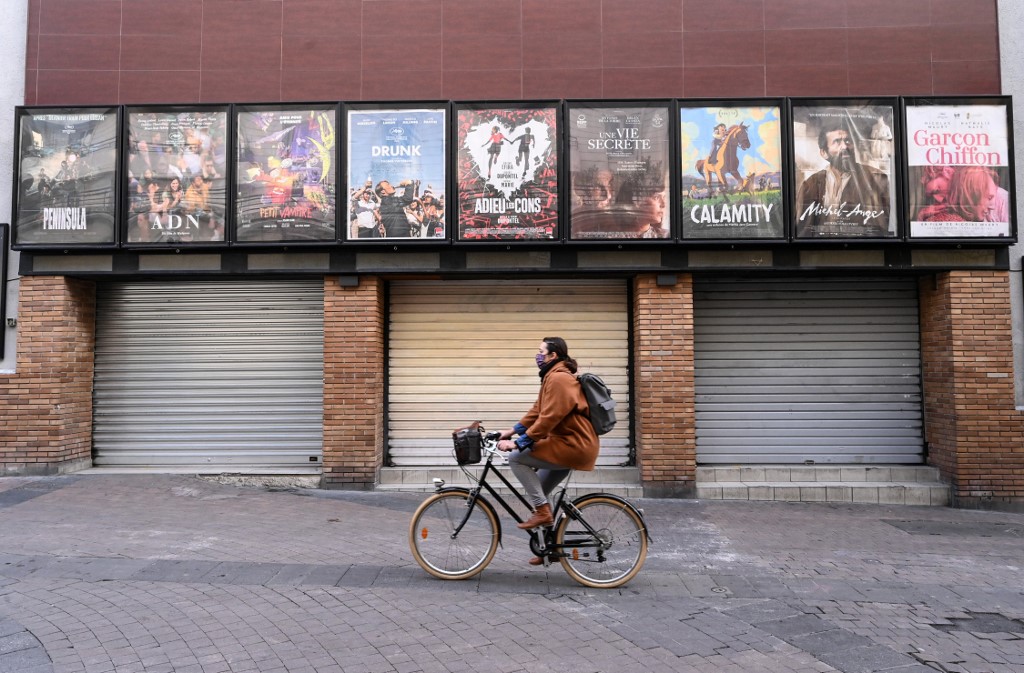 Covid-19 has been a disaster for the French cinema industry. Photo: AFP

But stereotypes aside, what does Netflix mean for French television?

Before Covid-19, many warned about the negative impact streaming platforms like Netflix on traditional cinema and TV production, sucking up all oxygen with their enormous budgets.

As lockdown hit, Netflix's influence seemed bigger than ever, as people across the world flocked to their TVs, binging one series after the other to forget about the chaos outside.

“It's true that streaming platforms certainly benefited of the lockdown effects, but so did traditional television,” Chambat-Houillon.

“Seeing as our social links were broken, we needed to find a new collective,” she said.

While Covid-19 had a catastrophic impact on the French cinema industry, sending their incomes plunging as movie theatres closed. But traditional television actually gained in strength, according to Chambat-Houillon.

“I'd say the pandemic has even let French television regain its breath,” she said.

'Netflix is not the enemy'
But in order to be able to compete with global streaming platforms in the future, French television industry has to evolve, according to Julien Jourdan, an associate professor at the French business school HEC.

“Netflix is neither the enemy, nor the saviour,” he told The Local.

Netflix has also opened up the doors for French producers to reach a global audience, just like it has for Spanish, Italian, Scandinavian producers. Its subtitling and dubbing services has made it easier than ever to watch foreign films.
READ ALSO: Why the French passion for dubbing films shows no sign of dying out
When released, Lupin was immediately made available dubbed in English, Arabic, German and Brazilian Portuguese.

A great French mystery and crime drama based on the books about Arsène Lupin, a thief and master of disguise. Omar Sy is as excellent in this as he was in Les Intouchables. Make sure you watch it in French not the English dubbed version! pic.twitter.com/eFkwMXJpre

But Jourdan said “the big challenge in France is that the industry is not able to adapt or renew itself. It's a very rigid system.”
While others had developed successful streaming services to compete with Netflix, France so far had not.
“That's the big challenge for France, adapting to the new world,” Jourdan said. 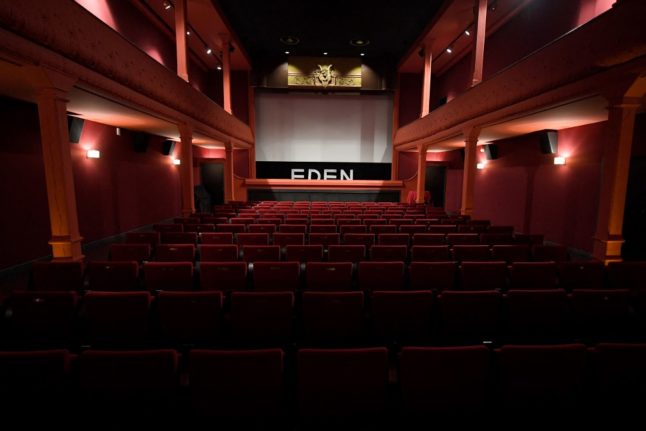