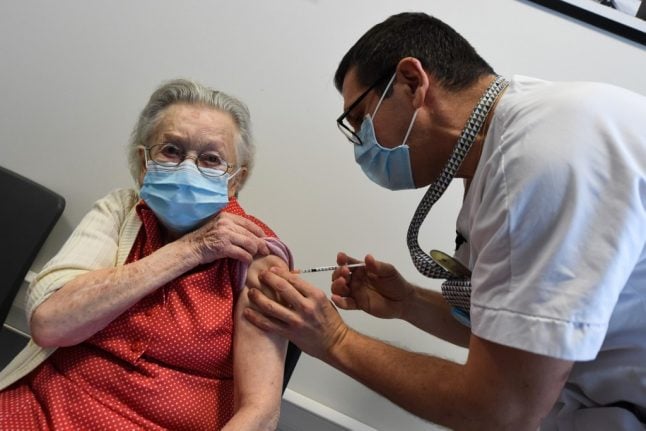 France gave its first Covid-19 vaccine injection on December 28th, but since then only a few thousand people have received the vaccine and there has been growing frustration at the slow pace of the roll-out.

Speaking at a press conference in which Prime Minister Jean Castex extended restrictions including bar closures and border restrictions, Health minister Oliver Véran laid out details of how France intends to expand the programme

Unlike other European countries, France chose to begin the programme in its Ehpad nursing homes, which house the most vulnerable elderly people and saw high death tolls during the first wave of Covid in the spring. Véran said this is a slower process than vaccinating in the community and that this in part accounts for France's slower start.

This week vaccinations began of health workers and 25,000 health workers, emergency workers and home helps were vaccinated on Thursday, he said, after 12,500 on Wednesday, a programme that would continue to accelerate.

In total 45,000 people have been vaccinated in the past five days. 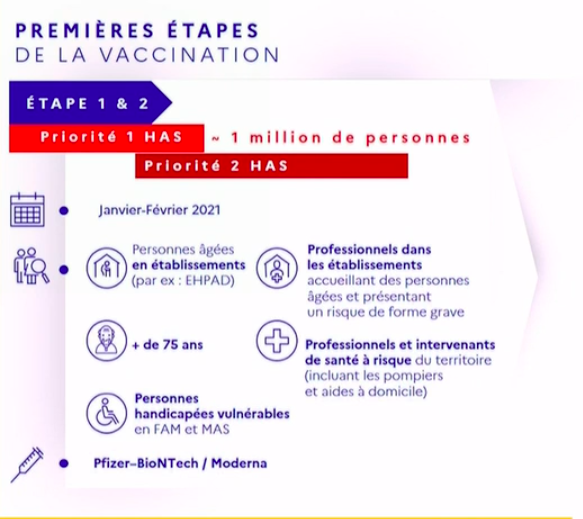 While vaccinations in Ehpads – of staff and residents – and health workers will continue, the next phase opens up appointments for the over 75s.

This process has also been simplified so that although people can have an appointment with their regular doctor first to discuss any concerns, this is not essential.

Instead, from January 14th, people aged over 75 will be able to make an appointment by phone or online for an injection. They will have to fill out a health questionnaire and give consent, and then will be given the injection by a doctor or nurse. Online appointments will be via the sante.fr website.

They will stay in the vaccination centre for 15 minutes afterwards, in case of any side effects, and then go home. The second dose of the vaccination will be given three to six weeks after the first. 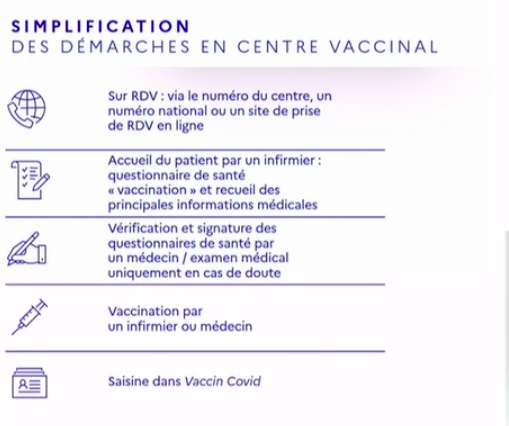 Appointments across France will begin on January 18th, but in some areas could be earlier than that.

By the end of January there will be 600 vaccination centres set up across France and the government aims to have 1 million people vaccinated by the end of the month.

France has a phased plan where people in highest risk groups get the vaccine first, after over 75s come over 65s and although a firm date was not given for this it is hoped appointments for this group will begin in mid February or early March.

Vaccinations in January will all be done with the Pfizer/BioNTech vaccine, which presents logistical challenges as it must be stored at -70C, but after that the Moderna vaccine can also be used.

The health minister ended his presentation with a plea for people to be vaccinated. France has a historically high rate of vaccine scepticism and recent polls have seen 60 percent of people telling pollsters that they do not intend to be vaccinated – although rates for other vaccines such as the flu shot are broadly in line with other countries.

Véran asked people to “get vaccinated, persuade your loved ones to be vaccinated, take the opportunity that science has offered you”.