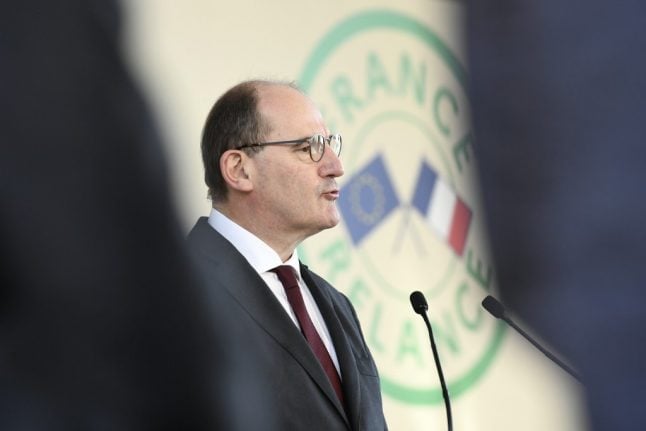 Prime Minister Jean Castex and health minister Olivier Véran will be presenting on Thursday at 6pm the latest on the health situation and the regulations in place.

So what can we expect from the first such conference of 2021?

When lifting lockdown restrictions in November and December, the French government put together a provisional timetable of when we could expect things to reopen – albeit stressing that this depended on the health situation.

In the original plan the nationwide 8pm to 6am curfew was also due to end on January 20th.

However, since then the Covid-19 case numbers have failed to fall to the target level of less than 5,000 new cases a day and various ministers and government spokesmen have said that the reopening is very unlikely.

We can therefore expect this timetable to be torn up and either a new one put in place or the announcement that some places will remain closed jusqu'à nouvel ordre (until further notice).

In fact far from restrictions being lifted, it's possible that new ones could be imposed.

From January 2nd an earlier curfew has been in place in 15 départements in eastern France where the spread of the virus is worrying health officials.

It's possible that this could be extended or other restrictions introduced to try and keep numbers stable. It's also possible that France could enter a third lockdown, as has happened in the UK, although that is not being widely predicted at present.

As well as any changes to rules and regulations, Castex and Véran will also outline the latest health situation in France.

Since the beginning of December the numbers of new cases a day have been largely stable, while data from hospitals on patient numbers, the situation in intensive care units and deaths has also remained steady.

However there are two aspects particularly worrying health chiefs; a possible post-Christmas spike and the situation in eastern France.

While many restrictions – including an 8pm curfew – remained in place, people in France were permitted to travel and see friends and family over the Christmas holidays and there is concern that this extra mixing could lead to a spike in cases.

Schools and most workplaces only reopened on January 4th, so it might be too early to tell, but there should be some indications of whether cases are showing a post-Christmas spike.

The other problem is the situation in eastern France, where some areas are reporting case numbers much higher than the national average and severe pressure on hospitals. Officials will be hoping to contain the rise and flatten case numbers.

President of the Scientific Council that advises the government on its Covid-19 policies, Jean-François Delfraissy, told French media that a toughening of the current rules could become necessary as of next week if numbers begin to rise in the coming days.

“Now is surely not the moment to (reimpose lockdown),” Delfraissy told France 2, adding that, “in the middle of next week, the moment could arrive for debating tougher measures to avoid a widening of the epidemic.”

One thing that we know will definitely be announced is an update on the vaccination programme.

After being criticised for its slow start, the health ministry is speeding up provision of the Covid-19 vaccine and opening up the early stages to extra groups including health workers.

Véran has also told French media that they will be creating an online platform where people can sign up to the vaccinated – with priority given to those in high-risk groups – and said full details of this will be announced on Thursday.

Winter sports businesses have been anxiously awaiting an announcement that they may reopen, but Tourism Minister Jean-Baptiste Lemoyne on Wednesday said they would not get the green light on January 7th as initially planned, due to the current health situation.

Although people are allowed to travel to the mountains, all infrastructure like ski lifts remain closed, leading to an 80 percent drop in the economic activity of ski resorts over Christmas, compared to the previous year.

Lemoyne said the government will decide on a new provisional reopening date at a Defence Council meeting next week.

Arrivals from the UK into France are currently subject to strict controls – travel is permitted for essential reasons only and people are only allowed in with a negative Covid test.

READ ALSO UK travel ban – who can come to France and what paperwork do they need?

Similarly the EU's external borders remain closed to all non-essential travel, barring visitors from countries including the USA and Canada.

However previously international travel changes have been announced separately and are not generally included in the prime minister's regular press conferences.