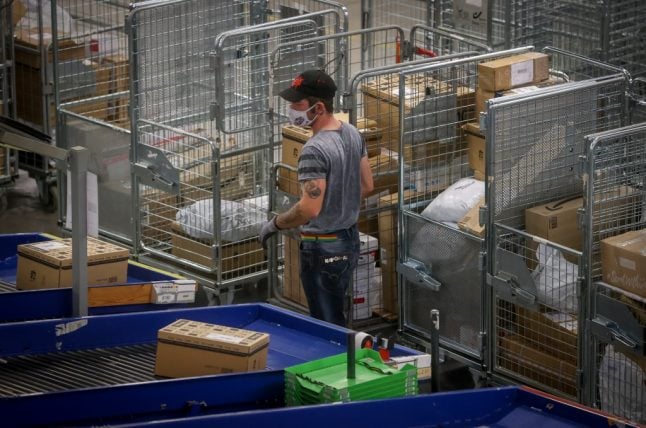 It’s not unusual for immigrants to get parcels from family containing a little taste of home – from homemade treats to products not in sale in Europe – but Brexit will change this.

All types of parcel – whether commercial or private – are affected by changes to postal rules that came into force when the UK left the EU.

There are three main changes; costs, customs declarations and rules on animal products.

As well as having the appropriate postage, all items apart from documents sent from the UK to the EU need an extra customs declaration form attached.

This form asks for the sender and recipient’s details, whether the item is a gift or an item sent for sale (which affects the level of duty in some countries) and a detailed description of what is in it – so birthday or Christmas parcels slightly lose their element of surprise. The form is available to download here.

This rule does not apply to people sending parcels from Northern Ireland.

The French postal service La Poste is also warning that due to extra customs processes it is likely that parcels will take longer to arrive.

Some UK firms have stopped accepting online orders from customers based in the EU.

Exactly what changes in the price of sending a parcel from the UK to the EU is a bit confusing, because the Post Office says that it is still waiting for detailed information from the UK government.

In the meantime there are numerous reports of people in EU countries being charged extra customs duty when they pick up parcels, while some UK companies are applying big new delivery charges on orders placed online from the EU.

Think I have found the best Brexit bonus to date.

Importing products derived from an animal into the EU from a Third Country (which is what the UK now is) is a complicated process and the rules apply to both businesses and individuals.

On the business side we have seen shortages of fresh food in the Paris branches of Marks & Spencer, which imports its sandwiches and ready meals from the UK, due to the complicated process of obtaining veterinary certificates on all meat, dairy, eggs and other animal-derived products.

The EU’s strict phyto-sanitary rules mean that all imports of animal derived products technically come under these rules, so sending a nice box of chocolates by post is now not allowed (due to the milk).

Known as Personal Imports (which also covers items that you bring back in your luggage after a trip to the UK) these have some exemptions including limited amounts of baby milk, food required for medial reasons or limited amounts of honey and certain fish products – find more information here.

Parcels that contain banned animal products can be seized and destroyed at the border.