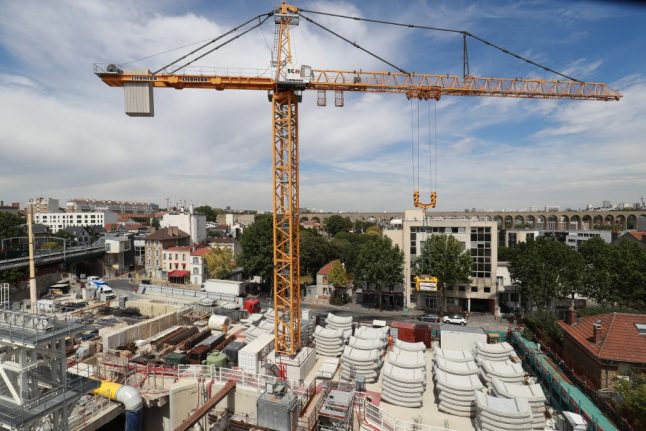 This construction site in Cachan, south of Paris, will become a metro station on Line 15. Photo: AFP

Android smartphone holders users been able to purchase their Metro, RER, tram and bus tickets on their phones for a while now, but iPhone users have been excluded from the scheme, which aims to render Parisian public transport paperless.

According to French newspaper Le Parisien, the Navigo app will become available to download on iPhones in February. Monthly, weekly and daily Navigo passes will all be purchasable in the app, in addition to one-time tickets both inside the city and towards the cities airports.

Grand Paris Express continues
Launched in 2013 and set to end in 2030, the Grand Paris Express project will improve the transport networks connecting Paris with its suburbs.
There will be four entirely new lines – Lines 15, 16, 17 and 18.

Line 15 will run as a loop through the suburbs of Paris while lines 16, 17 and 18 will run out to the outer suburbs and small towns outside Paris.

Work has begun on Line 15 and its tunnels are expected to be finished by the end of the year. Lines 16, 17 and 18 were in 2020 still in the planning stages, but this year the construction work will begin on these lines too. 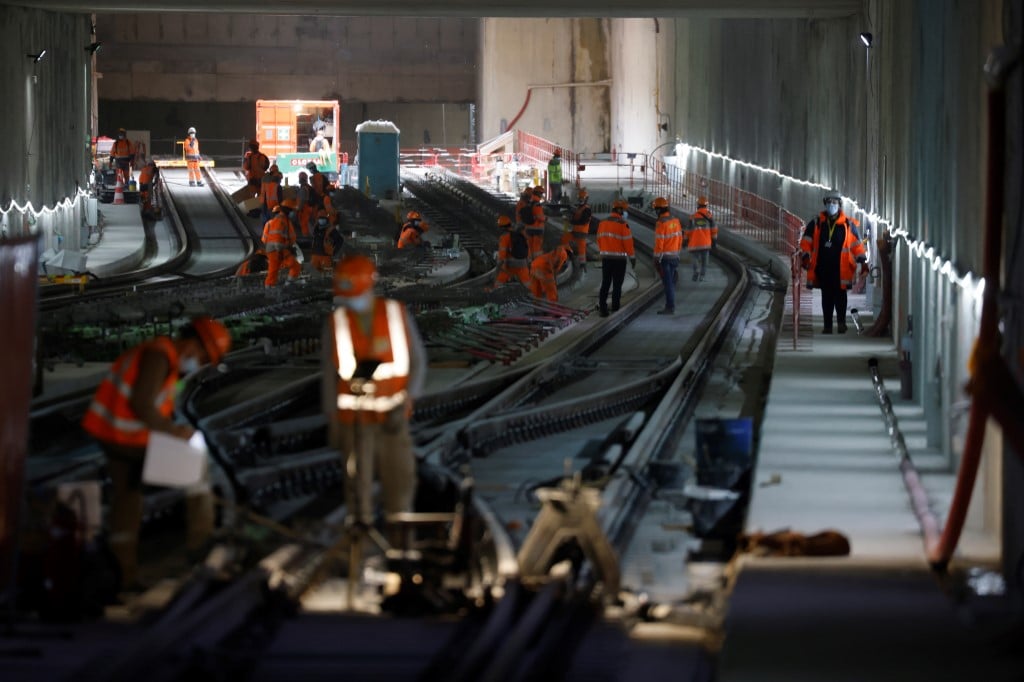 In 2020, Metro lines 14 got a makeover with new stations added while work continues to extend line 11. This year, Metro Line 4's southern edge will get two new stations, connecting a couple of extra kilometres of the southern outskirts of Paris to the centre. Currently, the end station of Line 4 is Montrouge, which is a southern banlieue (suburb) to Paris, but by the end of 2021 the commune of Bagneux, just south of Montrouge, will be added to the list.

The planned automation of line 4 has however been delayed by the Covid-19 health crisis and is now unlikely to finish before 2022. Paris currently has only two automatic lines, Line 1 and Line 14, which were the only ones running unaffected during the major transport strikes last winter.

Metro Line 12 also gets new stations
Metro Line 12, which similarly to Line 4 connects the northern part of the capital with the southern part, will get two new stations as well. However due to the health crisis the work on this line has been delayed and the stations will unlikely open before the spring of 2022.
Tramlines will be modernised

Paris' tram system is relatively new and at present serves the city's inner suburbs – the petite couronne – running in a circle alongside the Paris ringroad.

Alongside plans to complete the circle, there is also a project to expand the network including the T9 scheme to link the capital's centre to the town of Orly on the southern outskirts (but not the airport). The T9 scheme is set to open in April 2021, after being delayed for months by the coronavirus health crisis. 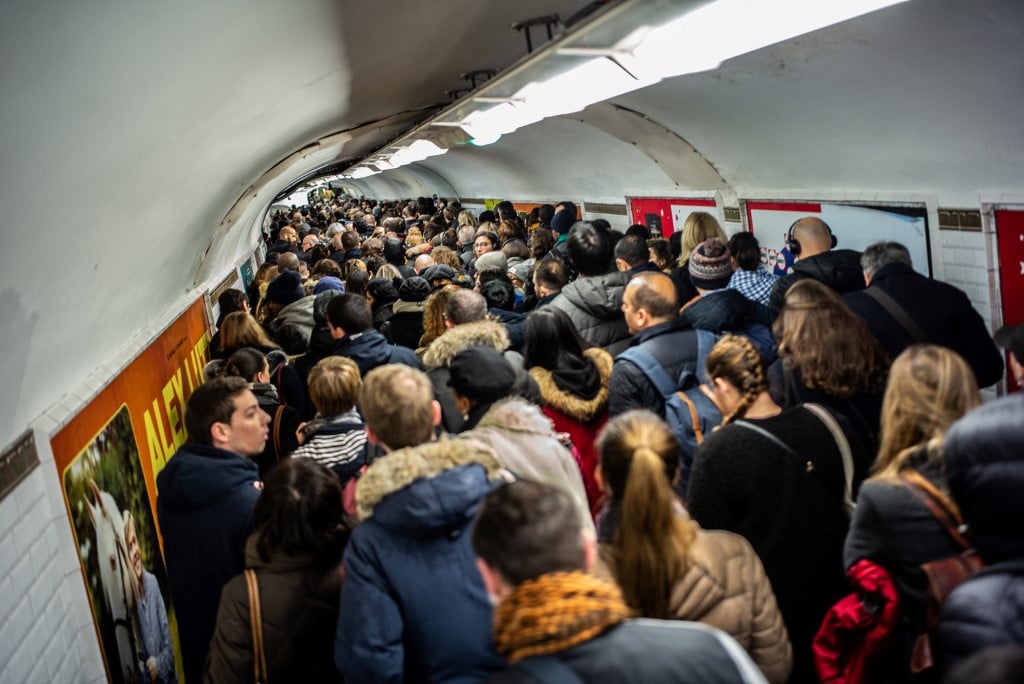 During the strikes of the winter 2019/2020, Paris' public transport ran on a skeleton service for weeks in a row, leading to long lines and crowded trains. Photo: AFP
Commuters get refunded in the event of serial-delays
Parisians, especially those who travel daily between the capital's outskirts and the centre, often suffer delays and trouble on their commute due to technical difficulties or other problems. As of January 1st 2021, Navigo pass holders can get automatically reimbursed if “the punctuality on a branch is below 80 percent during three to five months, including in the event of a strike”, according to Le Parisien. The reimbursement only includes half a month of the pass, but gets extended to the full month if the problem lasts between six and nine months.
Instead of looking at the whole line the company will look at local delays, meaning that those experiencing repeated delays on a branch of RER B, for example, will be able to get reimbursed even if punctuality as a whole is better than 80 percent. 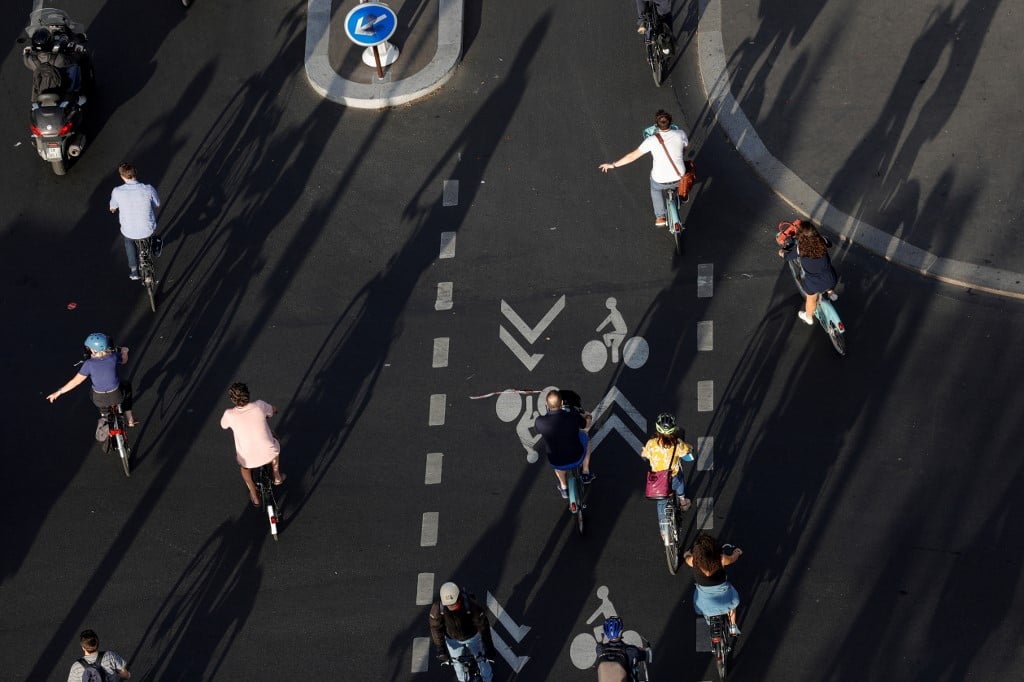 Cyclists at the new bike lanes at the Bastille roundabout in Paris. Photo: AFP
Cyclists get to keep the 'Coronapistes'
After the Covid-19 pandemic hit France with full force last spring, the City of Paris turned an additional 50 kilometres of traffic lanes used by cars over to cyclists. The move was first meant to be temporary, but Paris Mayor Anne Hidalgo later said the lanes, known as coronapistes in French, would be made permanent.

READ ALSO: Is Paris close to achieving its goal of becoming a 'world cycling capital'?

Improved access for disabled users
In February 2021, rail company RATP will unveil a new transport plan for RER, metro, bus and tramlines that will be adapted to the needs of handicapped users.
Disabled travellers will also only pay 50 percent of one-time tickets, a scheme that entered into effect in January. In order to benefit from the reduction, travellers must be in possession of a proof of reduced mobility (such as a CMI pass). Those with a card that states that they are “unable to travel alone” may access public transport for free.