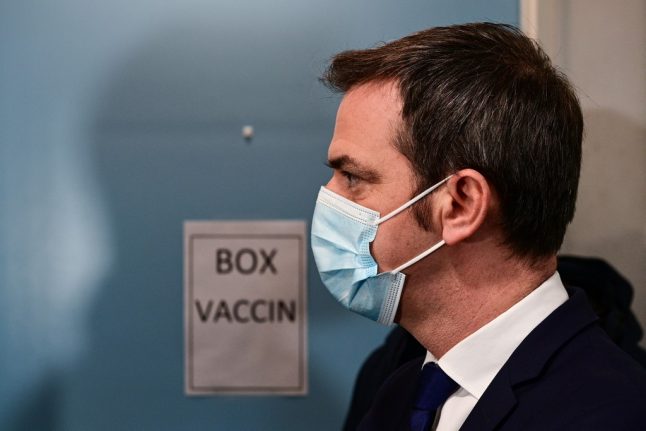 “In the coming days we will make it possible, for those who want, to sign up,” Olivier Véran said in an interview with radio station RTL.

Signing up will be voluntary – the government has decided against making the Covid-19 vaccine compulsory – and can be done over the phone, online or possibly through the official Covid-19 tracker app, TousAntiCovid, Véran said, adding that it would “simplify the vaccination campaign”.

France has received criticism for its slow rollout of the coronavirus vaccine and the government has vowed to rapidly speed up its campaign.

“We are the very last on the European list,” William Dab, France's former Director General of Health, told Le Parisien, adding that if France continues to vaccinate only 300 people a week “we'll still be doing it in 5,000 years”.

Vaccination has started of residents and staff at Ehpads (nursing homes) and this week was expanded to health workers, domestic aid workers and firemen over 50.

READ ALSO: How France is changing its Covid-19 vaccine strategy after anger at slow start

One of the reasons given for the extremely cautious start is the country's long-standing vaccine scepticism.

France is one of the world's most vaccine averse countries. According to a recent poll by Ipsos Global Advisor in partnership with the World Economic Forum, just 40 percent of French people want to have the Covid-19 vaccine.

Health Minister Véran has sought to reassure the population that the government is doing everything it can to speed up the process, an effort that includes creating the coming online platform for signing up.

“Again, we won't have all the (vaccine) doses that we want from one day to the next, but this is an important step for the visibility,” he said.

Véran will present the full details on how the platform will work as well as outline the country's updated vaccine strategy during a press conference on Thursday together with the prime minister.