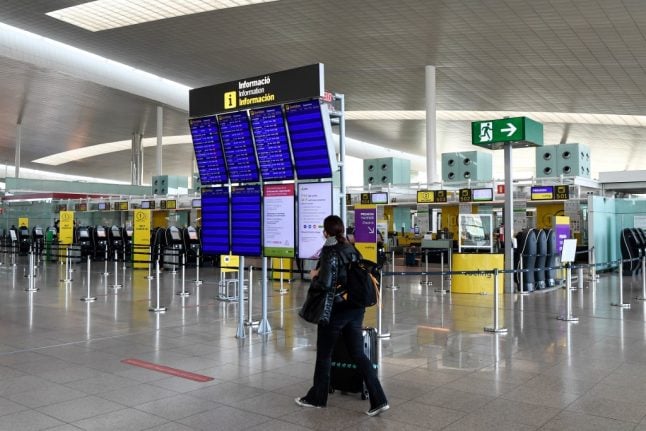 Britons living in the EU have been turned away from airports. File photo: AFP

In recent days there have been numerous reports of Britons travelling from the UK being unable to return to the countries where they live.

The issues have arisen in part due to Brexit and the end of the transition period on December 31st which brought an end to free movement for UK nationals but also due to the UK's surging Covid-19 rates.

Numerous EU countries imposed strict travel restrictions on travellers from the UK following the emergence of a new, highly contagious strain of Covid-19 before Christmas.

Added to that is the fact the UK is now a “third-country” and so is subject to the EU's ban on all but essential travel to the bloc.

British residents of EU countries, however, have the right to return to their homes, subject to rules on Covid-19 tests and quarantine, but this wasn't the case when several Britons were denied entry to Spain over the weekend.

They were told they didn't have the right post-Brexit residency card – even though Spanish authorities have repeatedly said they didn't need it.

There have also been similar reports of airlines turning away Britons trying to return home to Germany, the Netherlands and Italy.

There have been also reports of British residents wrongly having their passports stamped on entry to their EU home country. With British visitors only allowed to stay for 90-days in every 180-day period, an erroneous passport stamp could cause significant bureaucratic headaches for residents.

Britons living across Europe had been warned that if they travel over the New Year they would need to take proof of residency with them to ensure they would be allowed back in.

But it appears that across Europe there is confusion, with airlines and local border officers appearing to impose their own take on the new rules.

Campaign group British in Europe has called for urgent action and said it had been warning about the probability of complications.

“This is a serious situation when people face problems getting home although they have a clear right to do so,” the group said in a statement.

“If this is an indication of the problems ahead, the UK government, member states and the Commission need to take this seriously now and get their acts together to make sure our rights are enforced.

“As early as 2017, British in Europe raised concerns about potential problems in the post-transition treatment of UK citizens resident in the EU. We have been raising them ever since – repeatedly over the last month as the second wave of Covid-19 has surged across the EU and its now third-country neighbour.

“Despite this, there are multiple cases of British citizens who have been unable to return to the EU states which have been their homes for years between Christmas and New Year because of the misapplication of Covid-19 entry restrictions. Now, one day after the end of transition, we have multiple potential breaches across different EU countries of the Withdrawal Agreement rights of UK beneficiaries.”

The group says the problem appears to be that national border guards and airlines are not being kept up to date and informed of the rights of British residents of the EU which are protected under the Brexit Withdrawal Agreement.

As a result, those rights have been “breached” in many cases.

“We call on the member states to ensure that border guards are fully informed on the Withdrawal Agreement entry rights of UK beneficiaries and that they are implemented correctly and immediately.

“We call on the EU Commission to monitor this and take action in the case of infringements.

“We also need advice on remedies for British citizens denied boarding, for those who have erroneously had their passport stamped on exit or entry and, particularly, for anybody who has been allowed to fly to their host state only to be deported back to the UK.

“Otherwise, despite having done everything they should have done in line with the Withdrawal Agreement, further British citizens resident in the EU may have problems returning to their homes in their host states or find themselves unwittingly in breach of the 90-day rule at the beginning of April with all the administrative and other problems that this could imply for their residence status.”

The Local has asked the EU Commission to respond the difficulties facing British residents in Europe.

Have you been wrongly been barred from travelling home to the country you are resident in? Please get in touch and let us know about your experience. Email: [email protected]