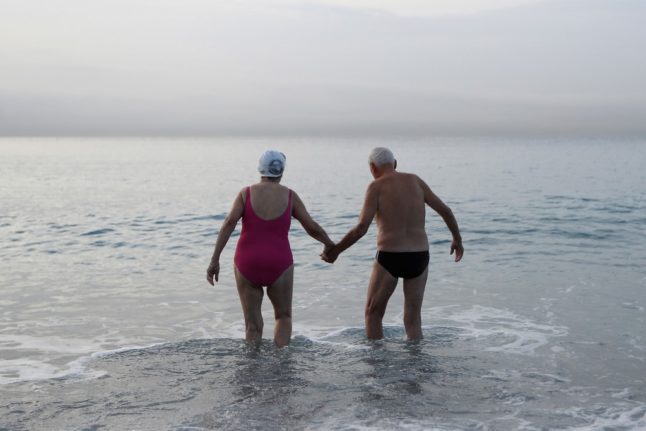 There’s no doubt that Brexit has made retiring to France considerably more difficult for British people, but it’s still possible.

From January 1st 2021, British citizens became Third Country Nationals and therefore anyone who moves to France after this date faces an immigration process like that already in place for other non-EU citizens like Americans, Canadians and Australians.

And of course plenty of them manage to retire to France, but they need to have patience to deal with the complicated paperwork, plus some not-insubstantial financial resources.

British people who moved to France before December 31st 2020 have a different process to follow.

Any Brit who is not a dual national with an EU country will need a visa for stays in France of more than 90 days in every 180.

This applies to people who intend to move here and people who just want a holiday longer than three months.

The French government guidance says: “As of January 1st 2021, UK citizens will need a Long Stay visa if staying in France or in a French Overseas Territory for more than 90 days whatever the purpose of stay (work, studies, Au Pairing, passport talent, visitor, family reunification, family members of French nationals, etc).”

Pre-Brexit, many British people bought property in France to use as a second home, with the intention of moving there permanently when they retire.

From now on second-home owners who want to spend more than 90 days in every 180 in their French bolthole will need a visa.

People intending to up sticks and move permanently will also need a visa, but probably a different type.

There are several different types of visa available, some linked to work, but people retiring to France will probably be looking at a visitor visa.

A visitor visa requires applicants to formally agree not to engage in any professional activity in France, so rules out the halfway-to-retirement option that some people previously took – retiring from their 9-5 job and setting up a small business in France such as running a gîte or B&B or continuing to work remotely from their French property.

If you intend to set up a business in France you need a working visa and will need to supply information about the financial viability of your proposed business.

There are two types of visitor visa – the  temporary visitor visa is known as visa de long séjour temporaire visiteur. The French government says in its guidance for second home owners that this is the type of visa for people who intend to spend between three and six months of the year in their French property.

The permanent visa is a visa de long séjour valant titre de séjour visiteur, for people planning on spending more than six months of the year in France.

A visa must be applied for in advance of travel in your home country. You can find more on how to apply for a visa HERE.

Moving as a Third Country National involves more financial outlay than it does for EU citizens, the visa itself costs around €90 depending on the type and you may also have to pay to have supporting documents translated into French by a certified translator – find the cost schedule for that HERE.

But the bigger barrier is the financial requirements of the visa itself.

If you are not planning to work in France you will need to provide evidence that you have sufficient means to support yourself and not become a burden on the French state.

You will need to provide detailed financial information with your visa application to show either evidence or a regular income such as a pension or a fairly hefty amount in your bank account.

The guideline figures for this are based around the French minimum wage, known as the Smic. This is regularly reviewed but on January 1st 2021 will stand at €1,554.58 gross per month. If you do not have a regular income you would need savings of €18,648 to cover a 12-month visa.

These amounts are per person, so a couple would need double that between them.

You can find full details of the financial requirements HERE.

If you are not working in France you will need to show that you have health cover when you make your visa application.

Once you are a resident you can begin the process of registering within the French state system, so you won’t need health insurance in the long term.

In the past many people have used their EHIC (European health insurance card) to cover them in the gap between arriving and getting registered within the French system, but this will no longer be possible.

The visa process requires proof of full health insurance as a standard requirement. There are ongoing discussions as to whether the GHIC – the UK’s successor to EHIC – will be accepted for this purpose.

Getting permanent residency is a two-step process, first you get the visa to enable you to enter the country, then before that expires you apply for a residency card known as a carte de séjour.

British people who were resident in France before December 31st 2020 have been given an online portal and a streamlined system to make their residency application, but this isn’t available to people who arrive after January 1st and they will have to make their applications to their local préfecture.

At present this process is on paper, but the French government has outlined a long-term plan to move more of these types of application online.

When applying for your carte de séjour you will need to provide proof of your residency in France, personal documents such as a passport and, for retired people, proof of financial means similar to those required for visa applications.

If all this sounds just too complicated it might be worth checking if you are entitled to citizenship of an EU country. The above rules only apply to British people who don’t have dual nationality with an EU country. People who have the passport of an EU country can continue to take advantage of freedom of movement, which eliminates a lot of paperwork.

Not that getting citizenship is an easy process, but it is pretty much the only way to avoid the paperwork described above.